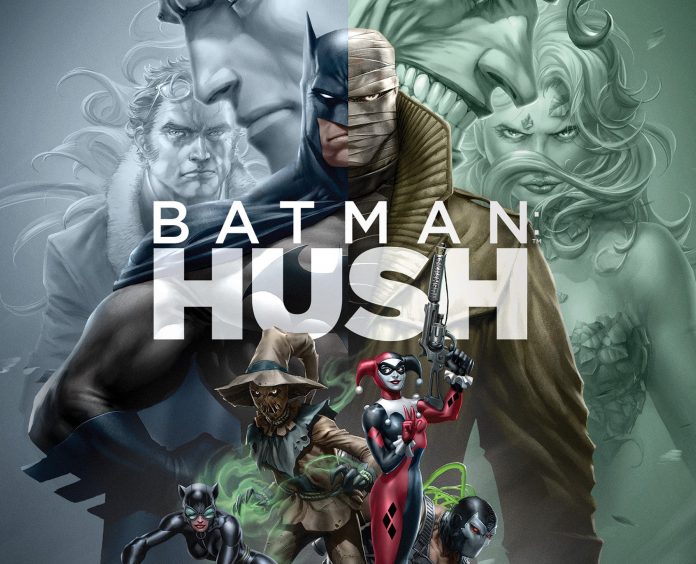 SYNOPSIS: An adaptation of the seminal DC classic tale, BATMAN: HUSH centers on a shadowy new villain known only as Hush, who uses Gotham’s Rogues Gallery to destroy Batman’s crime-fighting career, as well as Bruce Wayne’s personal life – which has already been complicated by a relationship with Selina Kyle, aka Catwoman. 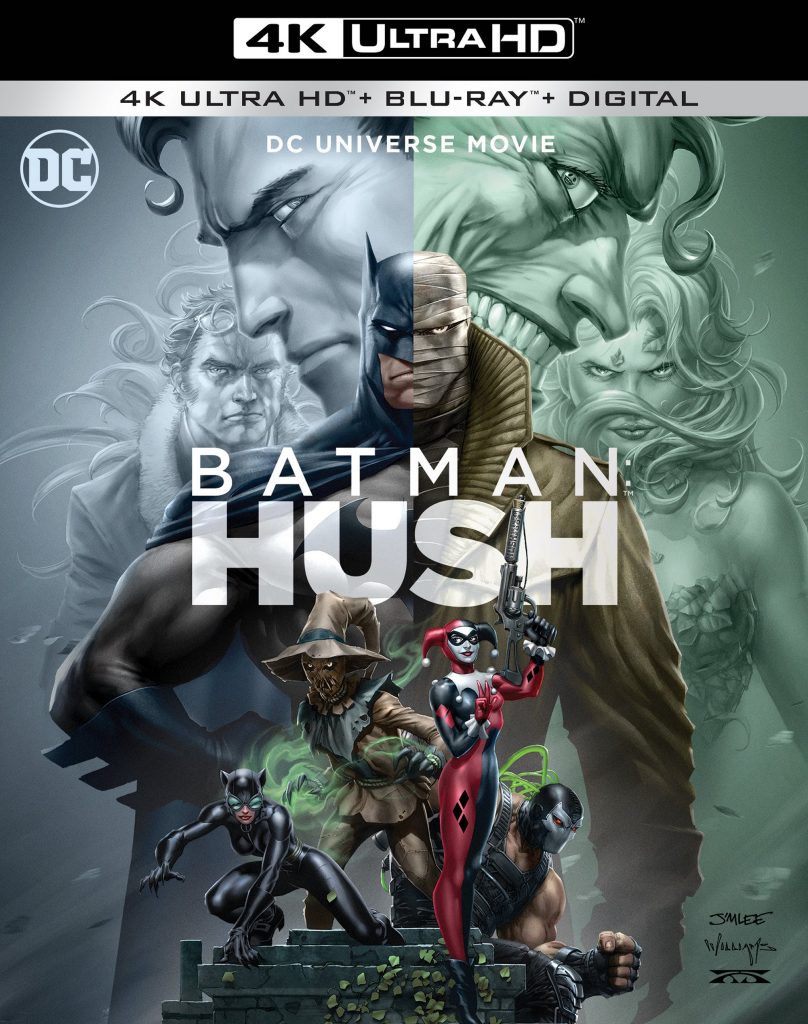 I think it’s safe to say that Batman: Hush is one of the character’s most popular comic book stories. So when it was announced in 2018 that we’d be getting an animated version, reactions were mostly positive. Actually, I don’t think I came across a negative reaction at all.

A year later, the movie has screened at San Diego Comic-Con, been released on digital, and now is finally available on disc. The overall reaction? To be determined. My reaction…

If you’re reading this, you already know the premise of the comic book. The animated film isn’t much different. A mysterious foe is intricately plotting against The Dark Knight, leading our hero to suspect this new adversary knows the identity of the man under the cowl.

However, and this makes me so happy, this isn’t a straight-from-the-pages adaptation. It’s a film “influenced by,” but not directly adapted. This is a major positive, in my eyes, because it comes off less predictable. Granted, DC has had a mixed bag with these straight adaptations in the past, some connecting more (The Dark Knight Returns) than others (Year One). Don’t fret, for the spirit of the original story is in every second of the movie, there are just some changes to fit the medium.

The original story was 12-issues and collected in a 300-page book. How can that be adapted into a 75-80 minute movie and fit in everything without feeling crowded and convoluted?

That was the challenge for the talented folks behind this movie.

Therefore, characters were cut, settings were left out, and the ending was changed.

These words could worry some, but shouldn’t. The cuts simply work. For example, Killer Croc isn’t included here. Instead, Bane is, and he is inserted into that opening kidnapping ransom.

Another example is that Jason Todd is omitted from the movie, but Clayface still plays an important role.

One more example: Huntress is under Scarecrow’s toxin and fights Catwoman in the book, whereas here Nightwing is under it and fights her.

You get what I’m saying. The ending I won’t spoil here but is different than the book. And I think it works.

That leads me to the story itself. I think the movie does a good job hitting the notes of the beloved comic, but also has a few shortcomings. Tommy Elliot isn’t in it a whole lot, therefore his opera scene wasn’t as impactful as I’d hoped. This disappointed me since the name “Hush” goes hand-in-hand with Bruce Wayne’s longtime friend. BUT…I’ll hush and not go any further.

I think my only disappointment with the movie itself is in its look. This feels like just another chapter in the DCAU, rather than the original, standout like its source material. I feel like with a book that is absolutely gorgeous, they could/should have done something unique with the animation here. It’s not bad or anything, just more of the same rather than something that elevates this line of movies.

But as for the positives, this is a really solid adaptation. The mystery is still there. The action is still there. The romance between Batman and Catwoman takes front and center (and works). Batman’s relationships with his supporting characters are strong. The movie isn’t exactly like the book, but its strengths are.

As a bonus, DC animation has brought back their cartoon shorts. Kicking off this cherished extra is Sgt. Rock. Now, I have no knowledge of this character or how accurate this 15-minute film is to history. But let me tell you, this is awesome.

In short, Sgt. Rock is fighting in WWII. He wakes up in a hospital, his squad MIA. He’s then told he’ll be leading a new crew, one unlike he’s ever seen before. What unfolds next is awesomeness on a level I can’t spoil for you here. I’ll just say, the horrors of war have never been more present than in this Sgt. Rock short. I want more!

This is the last solo Batman animated movie in this line for quite some time (no Batman ones were announced at SDCC for 2020). For me, the pressure was already there to make a solid movie and only amped up once this was made.

Thankfully, I can say this version of Hush delivered and is worth your time and money. – Ryan Lower