You Are Here Home Batman on Film BATMAN: THE LONG HALLOWEEN SPECIAL Review 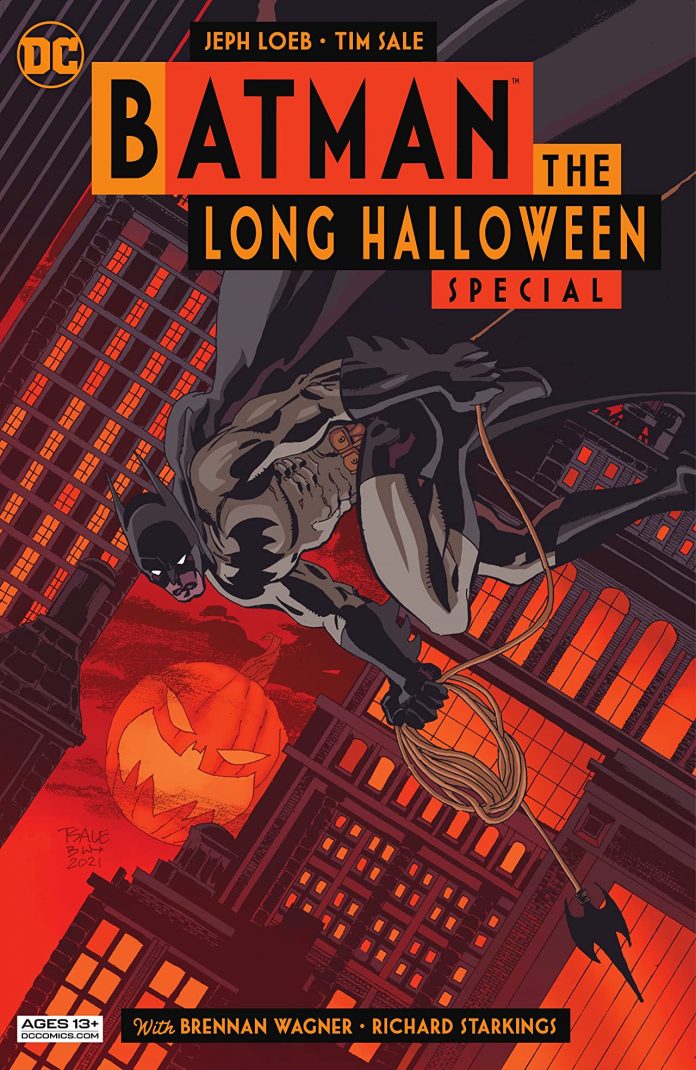 SYNOPSIS: Twenty-five years ago, you thought you knew the whole story of Batman: The Long Halloween. Now, legendary creators Jeph Loeb and Tim Sale return to Gotham City to reveal that no secret remains buried forever! Join us for the return of the Batman Halloween specials and a mystery that could destroy Batman, Commissioner Gordon, Two-Face, and…well, that would be telling, wouldn’t it?

The dynamic duo creative team of Jeph Loeb and Tim Sale have created some of the greatest Batman stories in the character’s history, most notably their noir-drenched mystery THE LONG HALLOWEEN. They followed their masterpiece with another classic, DARK VICTORY. When asked (numerous times) if they were ever going to revisit that world, the team always left it open-ended.

Now, folks, we finally have a sequel.

Following shortly after the events of DARK VICTORY, the story focuses on Julian Day, aka Calendar Man. It seems this villain is having major jealousy issues after Holiday stole his spotlight. How does he plan to make himself a threat again? I can’t spoil that for you. However, he does include two characters from the previous stories, and it’s no coincidence that’s the number.

To reveal any more could tread on spoiler territory, and this story is best experienced when you know as little as possible. I had wondered where this story would take us, and how much it could tell in just 48 pages. That’s where Loeb comes into play. They provide a great throwback tale of hero vs. villain, but add so much more. We return to this world that was established in 1996, and those specific versions of characters. It’s a great reunion that doesn’t change anything that’s come before it, and takes us somewhere new organically. I love that. That’s the strength of Jeph Loeb in Gotham.

Tim Sale does what he does best; creating mood and brood with Gotham and Batman, covered in shadows. I was transported right back to this world when I opened the book up to the first page. The artist works with his old collaborator Richard Starkings for lettering, but has an exciting addition for coloring with Brennan Wagner (Matt Wagner’s son). The two have worked together for years on the variant covers Sale has done, and their results prove they’re just as good of a team as Loeb and Sale. Each page looks closer to DV than TLH, but it’s the same universe so it works.

This was a great special, and I can’t recommend it more. Loeb and Sale haven’t worked together in about a decade, but you’d never guess it’s been that long.

The final page says “The End, For Now…” and to get more stories set in this world, it’s up to us readers. So treat yourself this Halloween, and buy yourself this book. – Ryan Lower