You Are Here Home Batman on Film Book Review: THE ART OF LEE BERMEJO

SYNOPSIS: DC Comics: The Art of Lee Bermejo collects the boldest and most iconic work of celebrated comics artist Lee Bermejo! Known for his incredible and distinctive work on Joker and Lex Luthor: Man of Steel collaborations with writer Brian Azzarello, Before Watchmen: Rorschach, a long list of powerfully compelling covers, and more, Lee Bermejo’s work speaks for itself! This volume is a beautiful and brilliant showcase of Bermejo’s art and features commentary on some of his favorite titles, essays from fellow comics professionals and friends, behind-the-scenes artwork, and an extensive gallery of some of his finest covers.

“It is precisely the realistic elements of a nonrealistic story that stimulate the mind the most.” 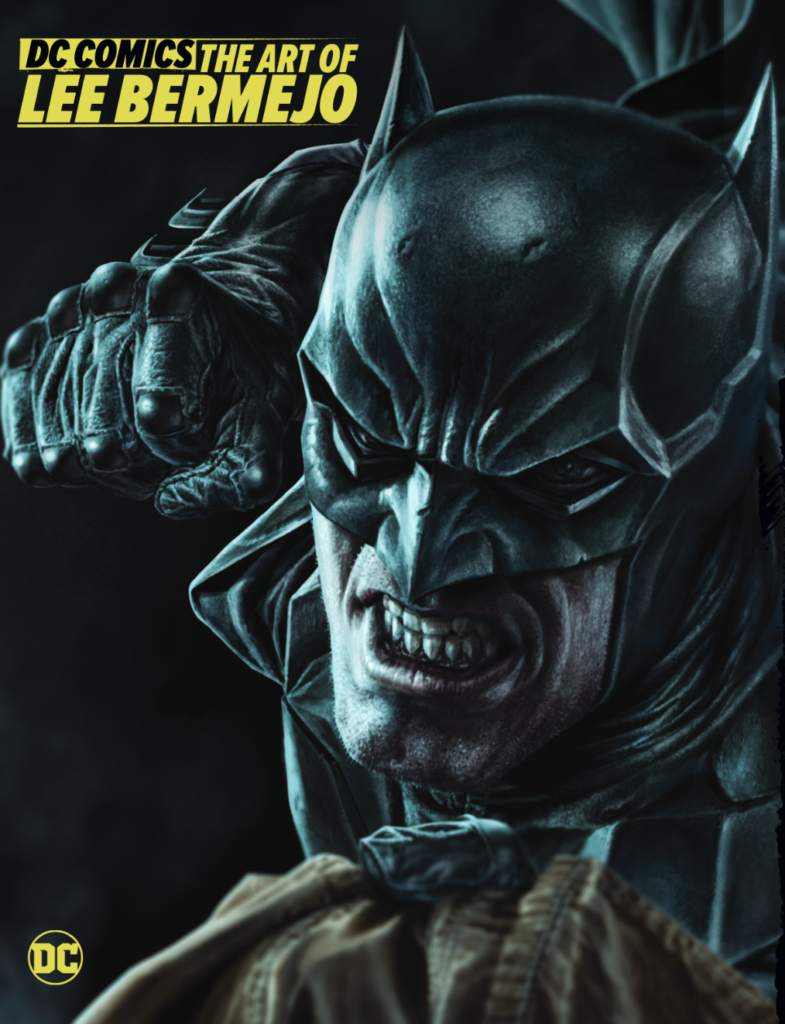 For years, the admiration and love for the work of Lee Bermejo have grown by comic fans, cementing the creator’s position among the A-listers in the medium. The thing is, he’s always been an A-lister, we just weren’t paying attention.

Now, DC COMICS: THE ART OF LEE BERMEJO collects the talent’s work in a wonderful, 300+ page hardcover book, and is also available digitally (to screengrab an endless number of wallpapers). While upon first glance it may seem only like a collection of his greatest panels and covers, the book offers so much more.

First off, we get “chapters” that take us through the timeline of Bermejo’s work, from as far back as his Wildstorm days up through his Black Label series BATMAN: DAMNED. The start of each part is a Q&A, digging deep into his thoughts, experiences, and work on the upcoming section. It’s very informative and includes some interesting insights into his most popular and beloved work. Daniel Day-Lewis is the main inspiration for his Lex Luthor? THE BLACK DAHLIA played a part in his Joker design? Background music while working consists of Fleetwood Mac, Nine Inch Nails, and Depeche Mode?

These are just some of the wide range of bits you’ll find in these interviews.

Another exciting portion of this book includes personal writings from Bermejo’s friends and peers. Dustin Nguyen, Adam Hughes, and Jock are just some of the many talented folks who voice their admiration for the artist. Of course, his partner-in-crime Brian Azzarello makes his presence known, three different times, to praise his fellow collaborator/friend. These are all great, interesting reads that show the level of respect Bermejo has earned over the years.

Lastly, we get a great selection of pages, panels, and covers. Everything from Superman, to Suicide Squad, and of course Batman show up in the last third. It’s a great sort of time capsule to see the evolution of his work, and how he’s perfected his craft.

DC COMICS: THE ART OF LEE BERMEJO is a must-buy for fans. While it includes work we’ve seen over the years, it also features some surprises and adds a lot of insight, straight from the source.