You Are Here Home Batman on Film THE BATMAN: Super Bowl Ad in 2022? 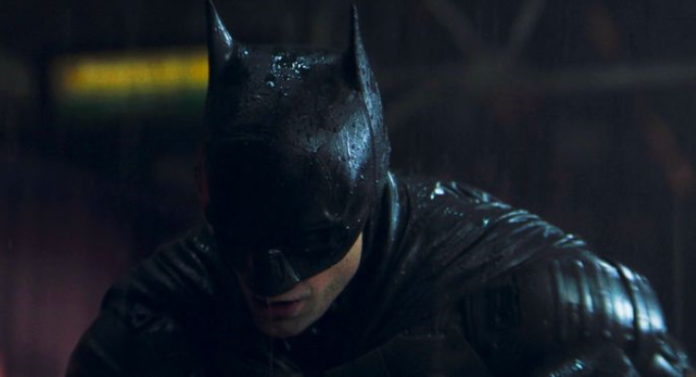 Over the 55 years that the Super Bowl has been played, “Super Bowl” ads have become an event within the event.  Super Bowl LV was no exception.

Usually, there are big ads for the big blockbuster moves that are coming over the course of the upcoming year — though we didn’t really get any yesterday because of the state of limbo the film/theater/cinema business is in due to the COVID-19 Pandemic.  However, thanks to various vaccines that are rapidly becoming available around the world, 2022 may end up being a relatively “normal” year and we’ll be able to safely see big films on the big screen.

So, will Warner Bros. go against the norm when it comes to solo Batman movies (I’m not going to count the ones in 2016 for Turkish Airlines that featured Bruce Wayne and Lex Luthor as BATMAN v SUPERMAN) wasn’t a solo Batman film…or was it? 😜 ) and drop a Super Bowl ad for director Matt Reeves’ Bat-Flick?

The last time there was a Super Bowl ad for a Batman film was back in 2005 for BATMAN BEGINS.  Even though BEGINS was still nearly 5 months away, I totally get why they did it because it was the first Batman movie since 1997’s BATMAN & ROBIN which damn near destroyed the franchise.

With THE BATMAN, we’re not talking about a release date that’s several months away;  when Super Bowl LVI is played on February 6, 2022, the movie will only be days (essentially 3 and a half weeks) from release.  And quite frankly, you want to show as many people as possible how THE BATMAN is a new take on the character and star Robert Pattinson Dark Knight isn’t the same one as Ben Affleck’s.

Even though they’re pricey (a 30-second spot for this year’s game cost approximately $5.5 million), I can’t fathom Warner Bros. not buying a Super Bowl ad spot for THE BATMAN next year.  If they don’t, I simply think they’ll be missing out on HUGE advertising opportunity that will reach MILLIONS of folks with the movie being just DAYS from release.

What do you think?  Is it a good idea for THE BATMAN to have an ad during 2022’s Super Bowl, or is a Batman movie a big enough deal that it doesn’t need it?  Post your thoughts down in the comment section and sign up for the BOF Weekly Newsletter via the form below. – Bill “Jett” Ramey

THE BATMAN is currently finishing filming in the UK.  Follow BOF’s Everything About THE BATMAN Page.  Make plans to attend BOF’s THE BATMAN Watch Party.  THE BATMAN hits theaters on March 4, 2022!