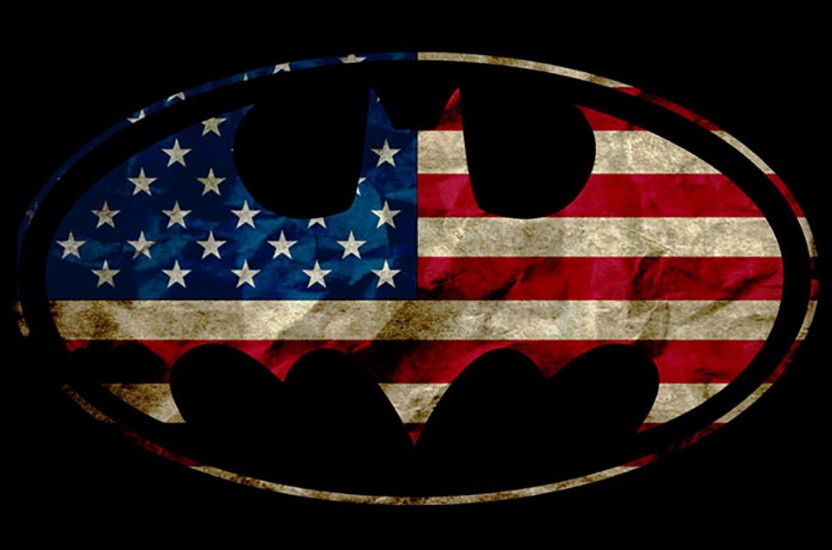 It’s a BOF tradition to do a BOF Mailbag on major holidays.  In honor of the 244th anniversary of the signing of the DECLARATION OF INDEPENDENCE, here’s the latest BOF Mailbag!

And remember, the holiday is called “Independence Day,” and not “July 4th or The 4th of July!”

Now, on to your questions! – Bill “Jett” Ramey

Why do you hate Ben Affleck so much dude?  He’s the best Batman of all time! (via email)

I do not, and never have, “hated” Ben Affleck.  In fact, I’m a HUGE fan and was one of the few people who were ecstatic when he was cast as Batman back in 2013.  You know, when everyone — including you I bet — had a meltdown when it was announced.

In fact, I’ve wanted BA to play Batman for over 20 years — going back to the late 1990s when an adaption of BATMAN: YEAR ONE was a possibility.  Furthermore, he was my #1 choice to not only play Batman, but also write and direct the first solo Batman film post-THE DARK KNIGHT TRILOGY.  So spare me the “Why do you hate Ben Affleck” bullshit, OK?

Physically, he was a great Batman.  His performance in BATMAN v SUPERMAN was outstanding — some of his best work as an actor to date quite frankly.  But the characterization/portrayal of his Batman was no bueno — it didn’t resonate with half of the Bat-Fandom and most of the general audience.

Look, the dude walked away from the role and writing/directing a solo film over three years ago.

Why in the hell would he return to the role now?  I’m sure he’s got a lot of other things he wants to do as an actor, writer, and director moving forward as opposed to revisiting a less than “fun” time in his professional life.

Let’s let the man be.

Hey Jett, do you think we will ever see the Schumacher Cut of BATMAN FOREVER?

JETT SAYS: We should probably call it the “Extended Cut” or the “Red Diary Cut” because the theatrical release was pretty much what Mr. Schumacher wanted as the film’s director and he was pretty proud of the film.

As far as your question, if I had to make a guess, I’d say probably not.  With that said, I don’t think it’s out of the realm of possibility.  BUT…

Have you been watching Stargirl, and if yes, what are your thoughts? #BOFMailbagID20

JETT SAYS: I have not so I can’t offer an opinion.

I remember Bruce had a glass of Bourbon after Black Mask killed Stephanie Brown. So can we officially name Bourbon as Bruce’s liquor of choice? Are there any notable examples of him enjoying other liquors that I’m overlooking?

JETT SAYS: If you want Bourbon to be his drink of choice, then so be it.  Honestly, the history of Bruce having an adult beverage in the comics isn’t my area of expertise.

Do you think the Batman’s release date is safe or do you see it getting pushed again? And would you prefer a summer release (I guess for its box office or cause it would match the other film’s releases) even if it means waiting longer. Thanks Jett

JETT SAYS: It’s certainly possible, no doubt.  They are going to have to restart filming here pretty soon or they will definitely have to move it into 2022.  And yes, I would prefer a Summer release, but I’m OK with its current October 1, 2021 date.

Do you think WB considered or actually contacted Christian Bale regarding the older Batman role in the Flash movie? Would you be as excited as you are about Keaton returning if it was Bale instead. Also, any truth to the rumor of Affleck returning for a HBO Max show?

JETT SAYS: Contacted Bale? Maybe, but I doubt it. But there’s no way he’d do it — NONE.  Not without Chris Nolan and CB ain’t coming back either. Frankly, I believe the whole thing was just made-up. There’re A LOT of shitty, blick-bait, straight-up lying-ass sites out there nowadays.

Are you excited about DC’s Fandome experience and what are your expectations of it?

JETT SAYS: Yeah, I’m sorta looking forward to it.  I don’t have to fly out San Diego and be annoyed AF, but I still get to see some cool DC comics/TV/animation/film stuff!

I’m most looking forward to seeing the footage/teaser for THE BATMAN — that’s going to be awesome!

Also does the news of keaton playing a mentor role to characters like batgirl/nightwing rule out the chance of them appearing in reeves Bat trilogy (kinda hope reeves trilogy will be a grounded standalone bat story 😅, just a preference of mine)

There’s nothing in FLASHPOINT and other films featuring Keaton’s older Bruce Wayne that will affect anything that Matt Reeves has planned in THE BATMAN and subsequent sequels.

With all the talk of Michael Keaton and now Ben Affleck might be coming back, do you think the idea of three Batmen On film is too much Batman at the same time or just a good time to be a Batfan? Thanks.

The thing with Michael Keaton — which is legit, unlike the Affleck nonsense — is SO different from what Reeves is doing with Robert Pattinson in THE BATMAN (and its sequels) that there will absolutely no conflict.

Will you just wake me up the day before #TheBatman releases?

JETT SAYS: Nope, you’re on your own dude — that’s not part of my job description!

Can we expect any albeit brief footage from THE BATMAN at the DC event [FANDOME] coming up?

JETT SAYS: People love Margot Robbie’s Harley Quinn and there will be a place for her with DC on film.  Keep in mind that WB is still intent on filmmaker-driven DC films and aren’t focused on the “shared universe” thing.  Yes, some DC movies will technically co-exist in the same cinematic universe as other ones, but don’t expect MCU-like cameos, end credits scenes, and the setting up of a future big team-up movie.

Don’t you think whoever plays the next iteration of The Joker has immense pressure behind him? At the very least he has to be nominated for Best Actor Oscar after Ledger and Phoenix. I thought Leto’s performance was OK’ish but people ripped apart his performance. Also, who would you cast as The Joker?

JETT SAYS: Of course he’ll have immense pressure on him — any actor worth his salt will relish the pressure and opportunity!

And no, I don’t think it’s “Best Actor/Supporting Actor” or bust at all.