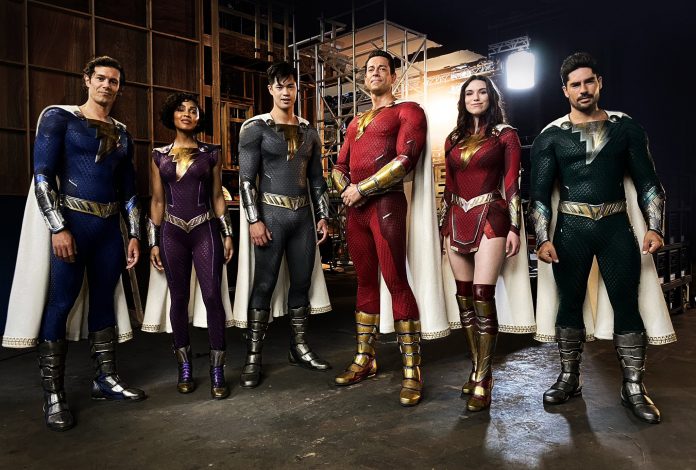 To make set spy pics a moot point (GOOD!), SHAZAM!: FURRY OF THE GODS director David F. Sandberg has tweeted out a new picture of the Shazamily (though they’ll ALWAYS be the Captin Marvel Family to me).  Check it!

Don’t know how long we can keep the new suits from leaking so here’s a pic I took the other day pic.twitter.com/41wStJ6oe2

So, what do y’all think of their new threads? Gotta say I like the new suits better than the one in SHAZAM!  The sequel arrives on June 3, 2023. – Bill “Jett” Ramey