With almost a week until it premieres on DC Universe, a new poster for Doom Patrol has been revealed that brings together the entire cast of strange and eccentric superheroes.

The team consists of Elasti-Woman, Negative Man, Robotman, Crazy Jane and their leader Dr. Niles Caulder, also known as The Chief, as well as Cyborg. The only character absent is the series villain Mr. Nobody, portrayed by Alan Tudyk. The characters’ appearances clearly take inspiration from Gerard Way and Nick Derrington’s most recent iteration of the team. 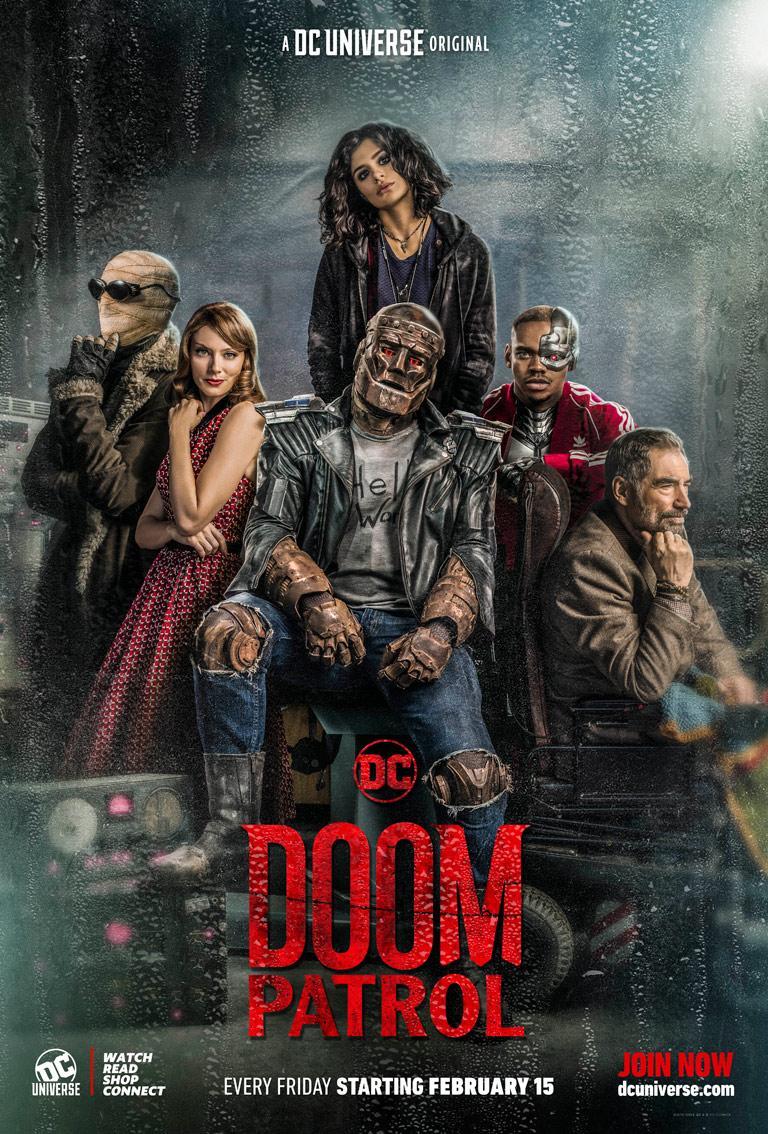 The Doom Patrol was originally introduced in Season 1 of Titans as Beast Boy’s former family of individuals who were involved in accidents that gave them strange powers. The new series will follow the events of Titans, with April Bowlby and Brendan Fraser reprising their roles as Elasti-Woman and the voice of Robotman, while the roles of Chief and Negative Man were recast for Timothy Dalton and Matt Bomer.

Doom Patrol, starring Timothy Dalton as The Chief, Brendan Fraser as Robot Man, Joivan Wade as Cyborg, April Bowlby as Elasti-Woman, Diane Guerrero as Crazy Jane, Alan Tudyk as Mr. Nobody and Matt Bomer as Negative Man, is scheduled to premiere on DC Universe on Feb. 15.

Marvel Superheroes: 5 Weapon Upgrades That Were Better Than The Original (& 5 That Simply Sucked)