We’re going to be waiting that little bit longer for Doctor Strange in the Multiverse of Madness thanks to the ongoing COVID-19 pandemic, but something tells us that it will ultimately be worth it!

The Marvel Studios movie promises to be a game-changer for the Marvel Cinematic Universe as we follow the Sorcerer Supreme (and the Scarlet Witch) as they explore the Multiverse, and presumably open the door to an entire wave of new stories as we head into Phase 4 and beyond.

The question is, which different worlds in the Multiverse will we end up visiting? The possibilities are very nearly endless, but there are some which definitely stand out from the crowd. Seeing those in live-action would be, well, mind-blowing, and an undeniably ballsy move on Marvel’s part!

In this feature, we explore some of the most likely possibilities, including many we definitely don’t think you’ll be expecting. So, to check them out, simply click on the “Next” button down below. 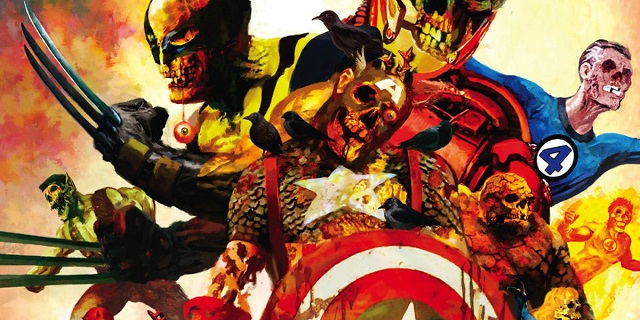 Doctor Strange in the Multiverse of Madness won’t be a full-blown horror movie, but it is expected to include elements of one. With that in mind, how cool would it be to be a visit to a world which has been ravaged by the Marvel Zombies?

If Nightmare is indeed the lead villain, then visiting a twisted universe like this one makes perfect sense. Plus, the likes of Captain America and Iron Man could return to the MCU without “retired” Avengers like Chris Evans and Robert Downey Jr. reprising the roles because, well, they’re undead zombies!

Visually, this would be really cool, and unlike anything else we’ve ever seen in this shared world. 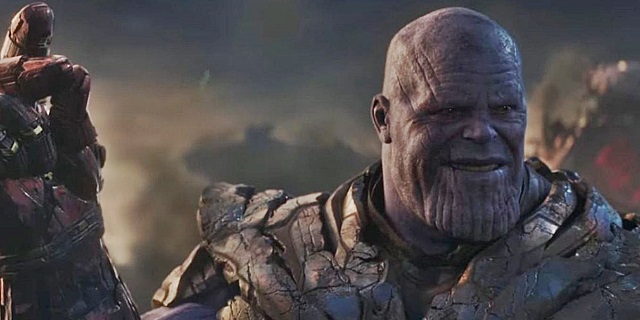 Remember how at the end of Avengers: Endgame Thanos planned to use the Infinity Stones to create new universe where no one would remember what he had done? Well, while Iron Man’s sacrifice managed to stop that from becoming the new norm, there must be at least one timeline where his plan came to fruition.

Visiting an “idyllic” universe ruled over by the Mad Titan – who would no doubt viewed as a God – could be a lot of fun, and something that shows Strange what might have been had he not given Tony Stark that hint which resulted in him making the ultimate sacrifice.

Marvel Studios could take a reality like this to some truly twisted places, especially if we were to learn that what Thanos created wasn’t the paradise he imagined. After all, as many fans have argued, surely even a universe with half as many inhabitants would eventually run into the same problems as the old one? 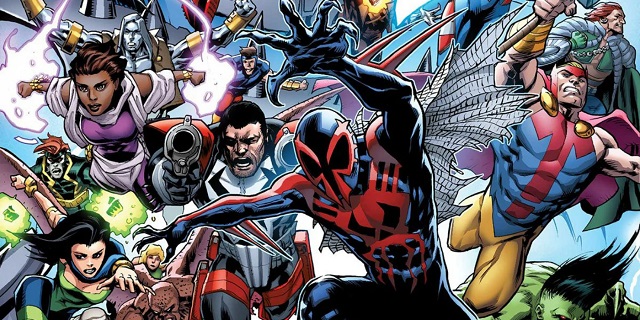 The 2099 Universe is mostly known for Spider-Man, but there are plenty of interesting alternate takes on our favourite heroes and villains in that timeline, and who wouldn’t want to see where the MCU is almost 80 years from now?

Whether it’s the new Hulk, Thor, or even Doom, it would be very cool getting a glimpse at the future. Yes, the highlight would obviously be seeing Spider-Man 2099, but Marvel Studios could easily reinvent this timeline to their own liking, and it would be a neat Easter Egg for comic book fans. 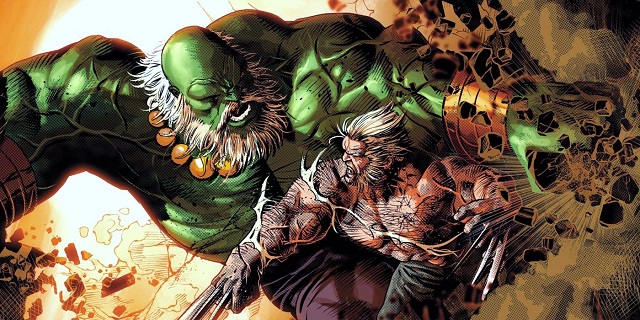 We’re happy to admit that the chances of us seeing Wolverine in a movie like Doctor Strange in the Multiverse of Madness are slim, but the Old Man Logan timeline isn’t necessarily off the table.

Whether it’s seeing that freaky version of The Hulk that Mark Millar and Steve McNiven came up with or a world where Earth’s Mightiest Heroes were decimated by a massive team of villains, this bleak alternate future is one with plenty of potential…that James Mangold’s Logan failed to explore.

Honestly, though, we would definitely be hoping for at least a nod to Wolverine, even if it’s a shadowy figure wearing the hat and coat the hero donned in the comic books. 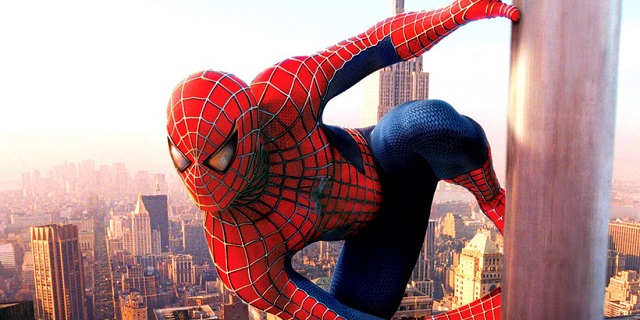 Had Sam Raimi not replaced Scott Derrickson as the director of the Doctor Strange sequel, we wouldn’t have even thought about suggesting this. However, with the Spider-Man trilogy helmer working on this film, there’s surely no way we won’t meet up with Tobey Maguire’s Peter Parker again, right?

Disney’s deal with Sony Pictures means Spidey is going to appear in a future MCU movie, but who said it has to be the version of the web-slinger played by Tom Holland?

Even if it’s a cameo as brief as The Watchers in Guardians of the Galaxy, Vol. 2, this would be nothing short of spectacular, and just like Brandon Routh’s Superman in Crisis on Infinite Earths, we’d love to know what became of this Spider-Man after he beat Venom and Sandman in Spider-Man 3.

5. Days Of Future Past 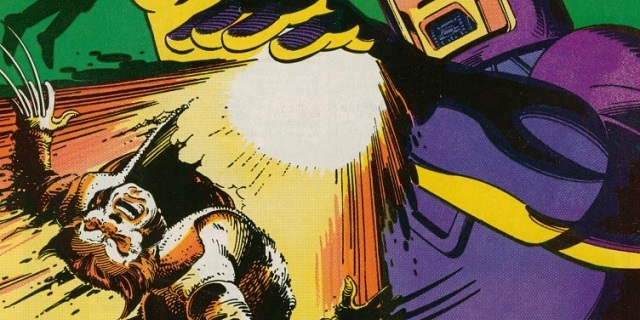 Yes, this is another X-Men related future, and yes, we still don’t know when those mutants will make their debut in the MCU! However, there’s no reason this desolate future couldn’t factor into this highly anticipated sequel in some way, shape, or form.

“Days of Future Past” received some representation in Bryan Singer’s movie, but an argument could be made that it didn’t really do this timeline justice. Strange landing on a world full of internment camps, only to find himself surrounded by massive robot Sentinels, would be a cool nod that fans of the source material would definitely be able to get on board with.

Plus, if Strange gains some prior knowledge of what could become of mutants in the MCU, that automatically gives the Sorcerer Supreme a potentially very exciting role in their emergence. 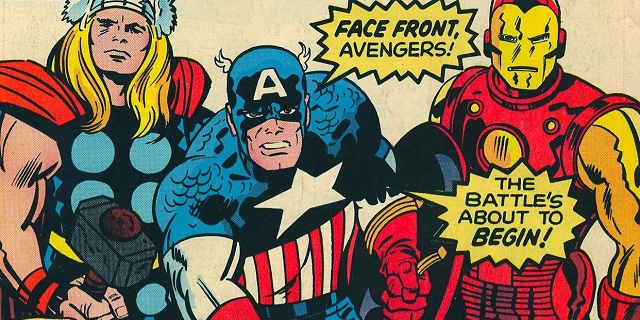 There are a lot of fun suggestions here but, honestly, this one would be a dream come true.

Marvel Studios President Kevin Feige is a huge comic book fan, and seeing Strange arrive on an Earth strikingly similar to his own, albeit with some key differences would be epic. Marvel Studios would have to pull out all the stops in terms of cameos, but just imagine seeing Chris Evans, Robert Downey Jr., Chris Hemsworth, Jeremy Renner, and more in their classic costumes!

Strange bursting into Avengers Mansion and facing off with the team would be a moment that could even rival that spectacular illusion sequence in last year’s Spider-Man: Far From Home. 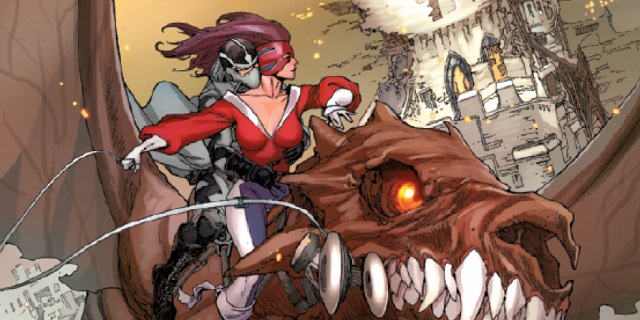 Doctor Strange in the Multiverse of Madness is already looking like a very busy movie, but if Sam Raimi can find room for one more, than we would definitely be 100% on board with that.

Otherworld is the subconscious of the British Isles, and a small otherdimensional planetary body which is the home of all magic. With that in mind, it’s definitely somewhere the Sorcerer Supreme should visit, and him meeting Captain Britain would be a long-overdue, much appreciated surprise.

It might be hard to squeeze in, but Otherworld and Captain Britain would be effective additions. 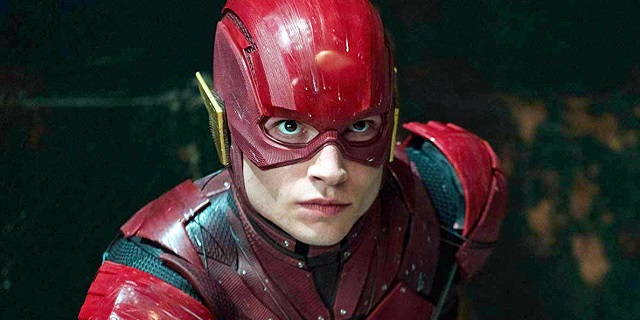 This is total wishful thinking, but stick with us a second! The Marvel Comics Universe frequently finds tongue in cheek ways to reference their Distinguished Competition (and vice versa), so Doctor Strange in the Multiverse of Madness could potentially do the same.

Sadly, we’re not expecting someone like Grant Gustin to show up as the Flash, but Strange could very easily reference coming face to face with a Caped Crusader, Man of Steel, and Scarlet Speedster.

This is by no means essential, but it would be a blast, and something that would both take full advantage of the premise of alternate Earths and give comic book fans a moment to talk a lot about. 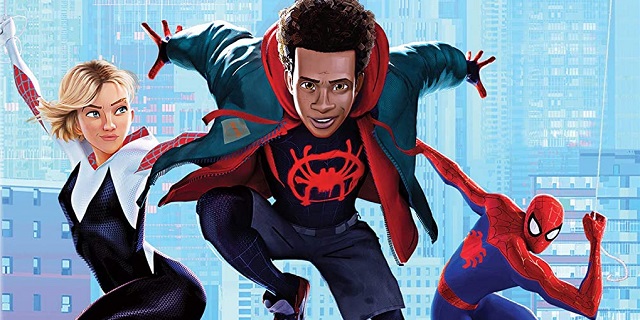 This is admittedly unlikely, but assuming we’re going to take a trip through the Multiverse, is it really outside the ream of possibility that the Sorcerer Supreme could pass by the Spider-Verse?

Even if it’s a blink and you’ll miss it shot of Benedict Cumberbatch becoming an animated character as he passes by a countless number of different realities, it would be incredibly rewarding for Doctor Strange in the Multiverse of Madness to pay homage to this Oscar-winning animated adventure.

Plus, we’re pretty sure Sony would be happy with some free promotion ahead of the sequel!

In the Multiverse of Madness

MAN OF STEEL: Warner Bros. Still Won’t Release A Sequel Starring Henry Cavill, But Why Not?

AVENGERS: Footage From A Canceled 2012 Video Game Has Found Its Way Online

MISSION: IMPOSSIBLE 7 Expected To Restart Production In September & Hopes To Wrap Filming By May

HARRY POTTER Star David Thewlis Reveals That He’s Not In AVATAR 2… But Will Be In 3, 4, And 5