We’ve seen them in promo art, LEGO sets, and as action figures but some fans remain convinced that they’re not going to be in the movie itself while others are just confused about what they’ll be used for! Well, while we’ve been calling them “Quantum Realm suits,” a new listing on Merchoid dubs them “Advanced Tech.”

This could be a generic name (because it is extremely generic if we’re being honest) that’s been given to the officially licensed apparel by Disney to avoid spoilers about the movie finding their way online in the months leading up to its release. 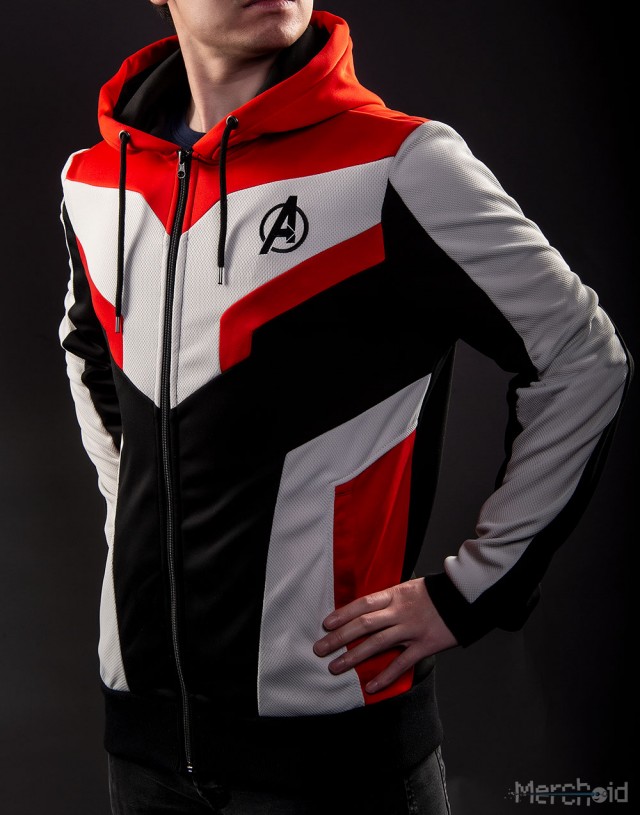 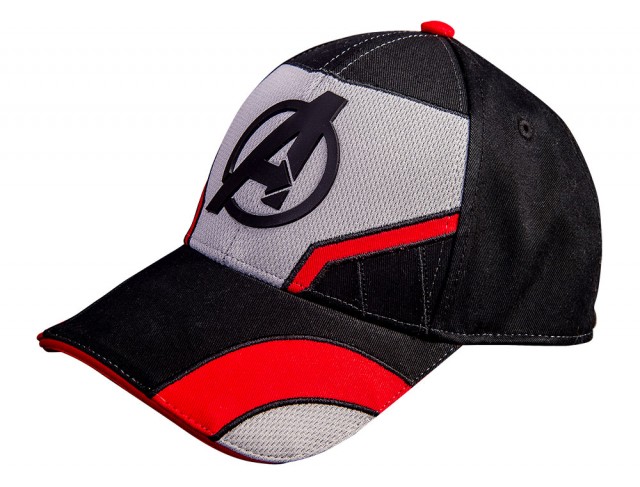 At this point, it’s impossible to imagine these white, red, and black suits not factoring into the Avengers: Infinity War sequel and it’s going to be interesting seeing how this uniform appearance for Earth’s Mightiest Heroes is explained and why powerful characters like Iron Man and The Hulk feel the need to wear them during the course of this adventure.

Common sense says it has something to do with the Quantum Realm or time-travel but we’re going to have to wait and see.

For a ranking of Avengers: Endgame‘s most powerful
characters, hit the “View List” button below. 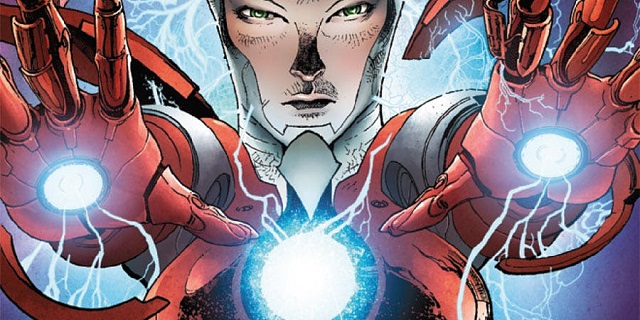 It’s no secret that Gwyneth Paltrow will be suiting up as Rescue in Avengers: Endgame.

Despite the fact that Pepper Potts will don what is bound to be a powerful suit of armour, she’s also going to be something of an amateur, hence why she doesn’t rank slightly higher here. I also doubt that Paltrow is going to become a member of The Avengers moving forward given her sporadic MCU appearances in recent years, so it’s doubtful she’ll even be in the armour for very long!

Even so, Rescue is bound to make an impact and if she does end up saving Tony Stark, then she may deserve an even higher place on this list once all is said and done. 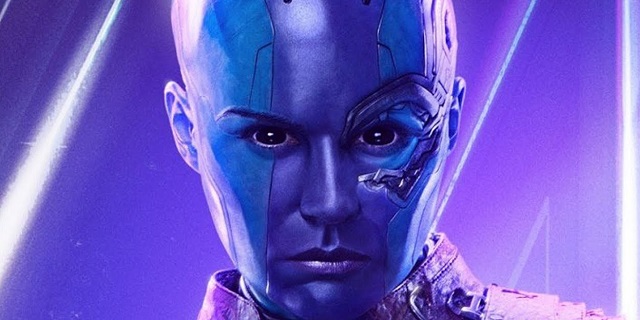 Nebula is one heck of a fighter and good with a gun but it’s not like she has any superpowers, so what’s the deal with her topping Rescue?

Well, the villain turned hero knows Thanos better than any of the other characters in this movie and that gives her a serious advantage and one which could help turn the tide when Earth’s Mightiest Heroes square off with the Mad Titan for a second time.

Throw in the fact that her comic book counterpart is the one who wields the Infinity Gauntlet and makes things right, and Nebula might eventually be deserving of the #1 spot here! 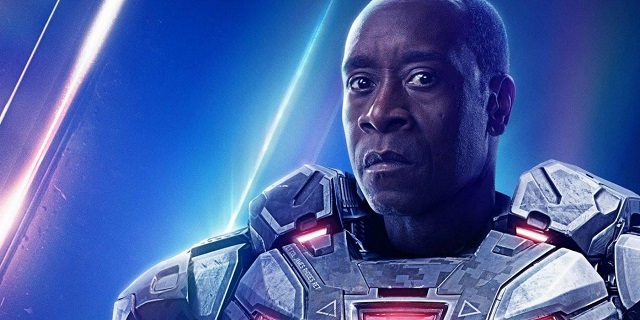 We know that War Machine will be upgrading his armour in Avengers: Endgame and that was to be expected, especially after the overwhelming odds he and the rest of the team faced when Thanos’ Outriders invaded Wakanda (his guns also made zero impact against Thanos).

Many fans believe that they’re spotted Iron Man’s Proton Cannon on set but the signs are all pointing to Rhodey being the one who ultimately winds up wielding that the next time he crosses paths with the Mad Titan.

Just how effective that weapon will be remains to be seen, but War Machine getting a serious upgrade is obviously long overdue at this stage and we’ve not really seen him undergo any sort of real change since he took on the Iron Patriot persona back in 2013. With this in mind, expect the hero to shine almost as much as a certain other Armoured Avenger! 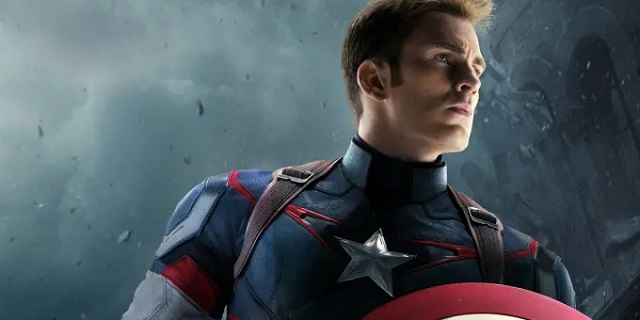 Captain America has the Super Soldier Serum flowing through his veins and has even defeated Iron Man so perhaps some of you will argue that he deserves a higher place here (and that’s something I don’t necessarily disagree with).

Regardless, with two key moments in the MCU’s history teasing a big moment for Cap in Avengers: Endgame – him nearly lifting Mjolnir and the fact he was able to stop Thanos in his tracks for a few seconds, at least – I’m sure many of you will be pleased to see Steve Rogers rocket up to the #1 position when the movie is released this April.

For now, though, I would say that this is an appropriate spot for Steve, and if this really is going to be the end for Captain America, I can’t wait to see his final display of power. 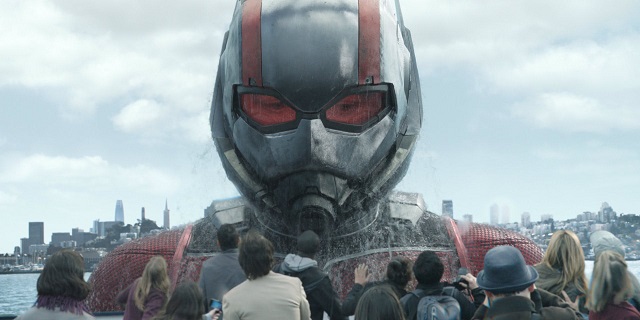 Forgetting for a moment that Ant-Man can make himself really, really small or really, really big, and there’s a good reason why he’s nearly managed to crack the top five here.

For starters, his powers will inevitably come in handy when he squares off with Thanos but it’s his knowledge (not something we ever thought we’d say about Scott Lang) which could help make him one of the mightiest heroes in Avengers: Endgame. After all, he’s the only one who knows about and has travelled into the Quantum Realm.

Throw in the fact that it looks like the rest of the team will be wearing white suits which are seemingly based on Hank Pym’s tech, and Ant-Man will be making a massive splash in this adventure. 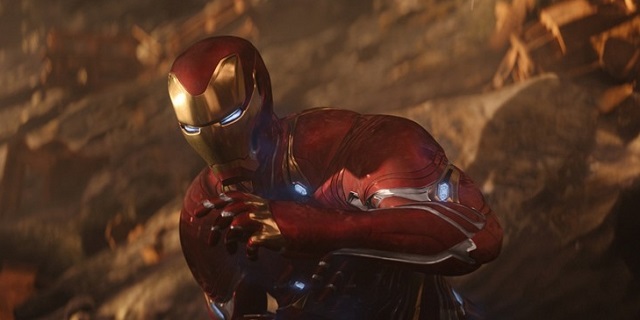 The last time we saw Tony Stark, his nanotech armour had been depleted and Thanos had stabbed him through the stomach.

Now, Iron Man is going to have to undergo some major upgrades and images from Avengers: Endgame have shown him decked out in a new, comic accurate suit which is bound to feature some surprising new features to better help him take the fight to Thanos.

Tony may just be a man in a suit but he definitely gave the Mad Titan a good fight when they came to blows last year, so I have no doubt he already has some new ideas in mind. 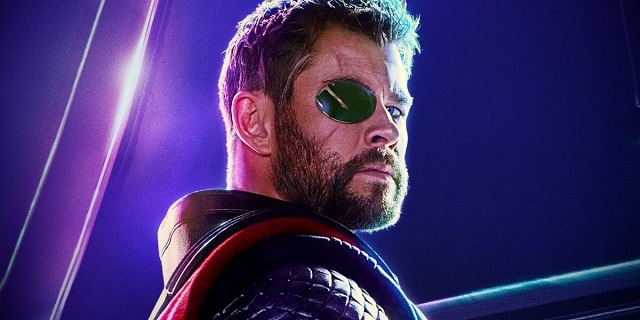 The God of Thunder made one crucial mistake in Avengers: Infinity War when he failed to aim for the head but that doesn’t make Thor any less powerful. With Stormbreaker, he’s able to transport himself and the rest of Earth’s Mightiest Heroes anywhere across the cosmos and the only thing that could hold him back here is the fallout from that aforementioned mistake.

After all, it definitely looks like Thor may have left Earth behind based both on the footage we’ve seen and rumours that have been swirling for a while now. Ultimately, it could take Rocket to convince him to rejoin his teammates.

However, once Thor does unleash the full extent of his powers on Thanos, I think we could see the most powerful version of the Asgardian to date as he’s hungry for revenge and no doubt desperate to make up for his past failings. 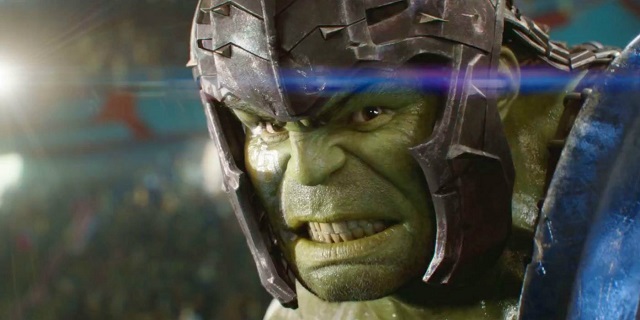 The Jade Giant was M.I.A. in Avengers: Infinity War but promo art and a live-action image have confirmed that he will finally return here, albeit with something of a difference.

While The Hulk was seemingly too scared to come out and fight after receiving a beating at the hands of the Mad Titan, it now looks as if Bruce Banner has gained mental control over his other half, thereby creating the Professor Hulk persona. That’s going to be a deadly combination as we’ve never seen a Hulk with brains and brawn on the big screen.

With Banner’s intelligence and The Hulk’s rage and power, this new Green Goliath might just be the turning point in bringing down Thanos once and for all in Avengers: Endgame. 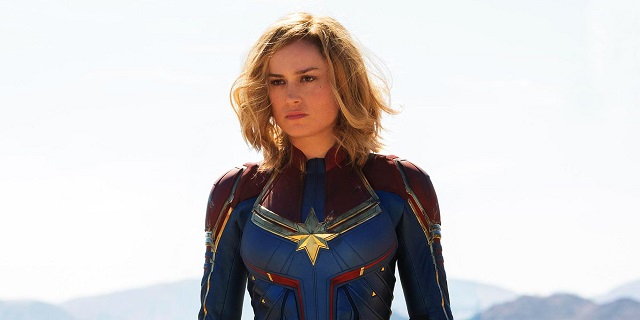 Marvel Studios President Kevin Feige has described Captain Marvel as the MCU’s most powerful superhero on a number of occasions now and while we’ve yet to see Carol Danvers in action, there’s no way she wasn’t going to end up taking this spot.

Regardless of whether or not Samuel L. Jackson’s remarks about her being able to travel through time are accurate, she’s bound to be the hero who helps turn the tide against Thanos in Avengers: Endgame and while I don’t think she’ll be the one to deliver the final blow to the villain (solely because someone with more history in the MCU deserves that honour), Carol will definitely help!

Getting to see her unleash those Binary powers on the Infinity Gauntlet-wielding villain promises to be great fun, especially if her powers really are tied into the Tesseract as some have theorised. 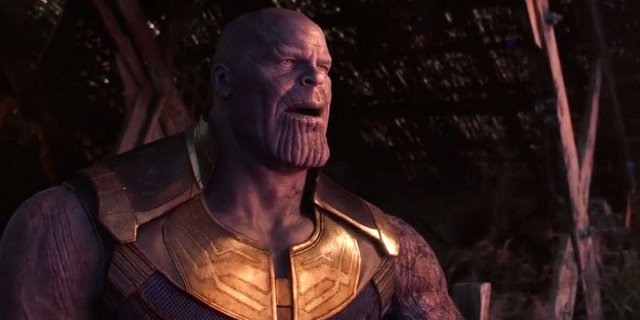 Snapping his fingers and wiping out trillions of innocent lives may have taken its toll on Thanos but he’s still the most powerful being in the universe while he has the Infinity Gauntlet in his possession.

The fact that his arm looked badly damaged at the end of Avengers: Infinity War and that he’s now wearing armour and wielding a sword definitely points to the Mad Titan not being his normal self, but it’s going to take an awful to bring him down and this won’t be an easy battle for Earth’s Mightiest Heroes.

I’d love to say that Thanos will be defeated in Avengers: Endgame, but given how the last movie ended there’s really no guarantee, so he could remain in this position for the foreseeable future…