“[Co-director] Joe Russo called me up like about a month before Infinity War came out and said, ‘Well, we gotta talk about all that stuff, how there was a Thanos backstory, because the movie was gonna be two and a half hours long, and they only want two hours on this one,'” he revealed.

“I had made the mistake of watching the Justice League movie about a week before,” Starlin continued. “When he told me this, I started thinking, ‘It’s going to be just like the Justice League [movie], where Thanos comes in…’ and I’m going, oh my goodness.” Despite that, Starlin admits that he had “good faith” in the filmmakers after watching Captain America: Civil War.

Starlin is more than likely referring to the way Steppenwolf was handled in Justice League and probably feared that Thanos would be portrayed in a similarly disappointing manner.

Thankfully, that wasn’t the case and the Mad Titan stands out as one of the best superhero movie villains to ever grace the big screen. As it stands, you have to believe that the comic book writer was very happy with how both of these Avengers movies ended up playing out over the past two years. 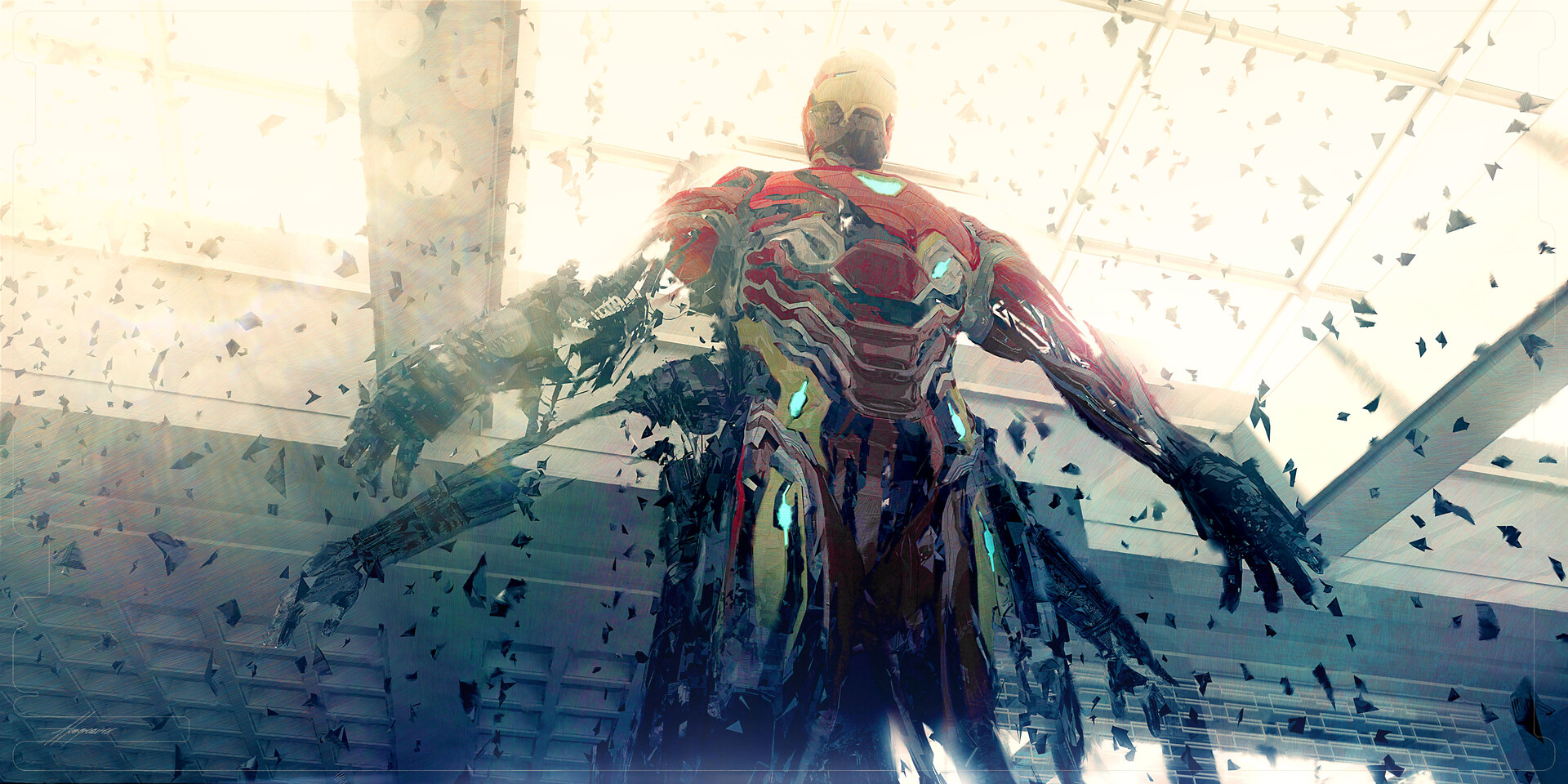 Here, we see Iron Man and Black Widow travelling back in time and, as you can see, it appears as if they were going to be “dusted” in a similar way to those who died in Avengers: Infinity War. 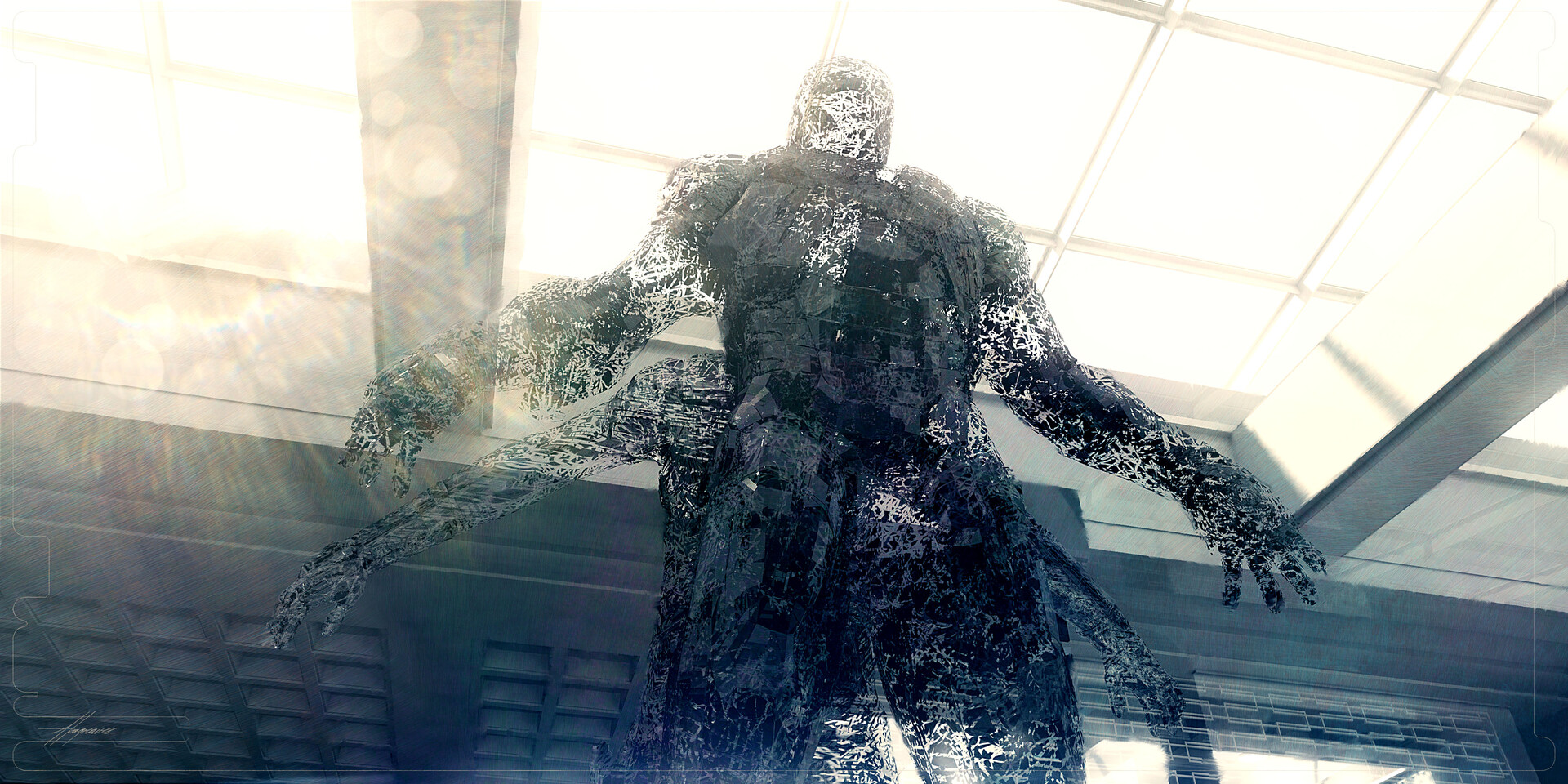 It’s a pretty chilling effect but one that would have effectively shown how the heroes were basically broken down to their molecules before arriving wherever they were meant to go in the past. 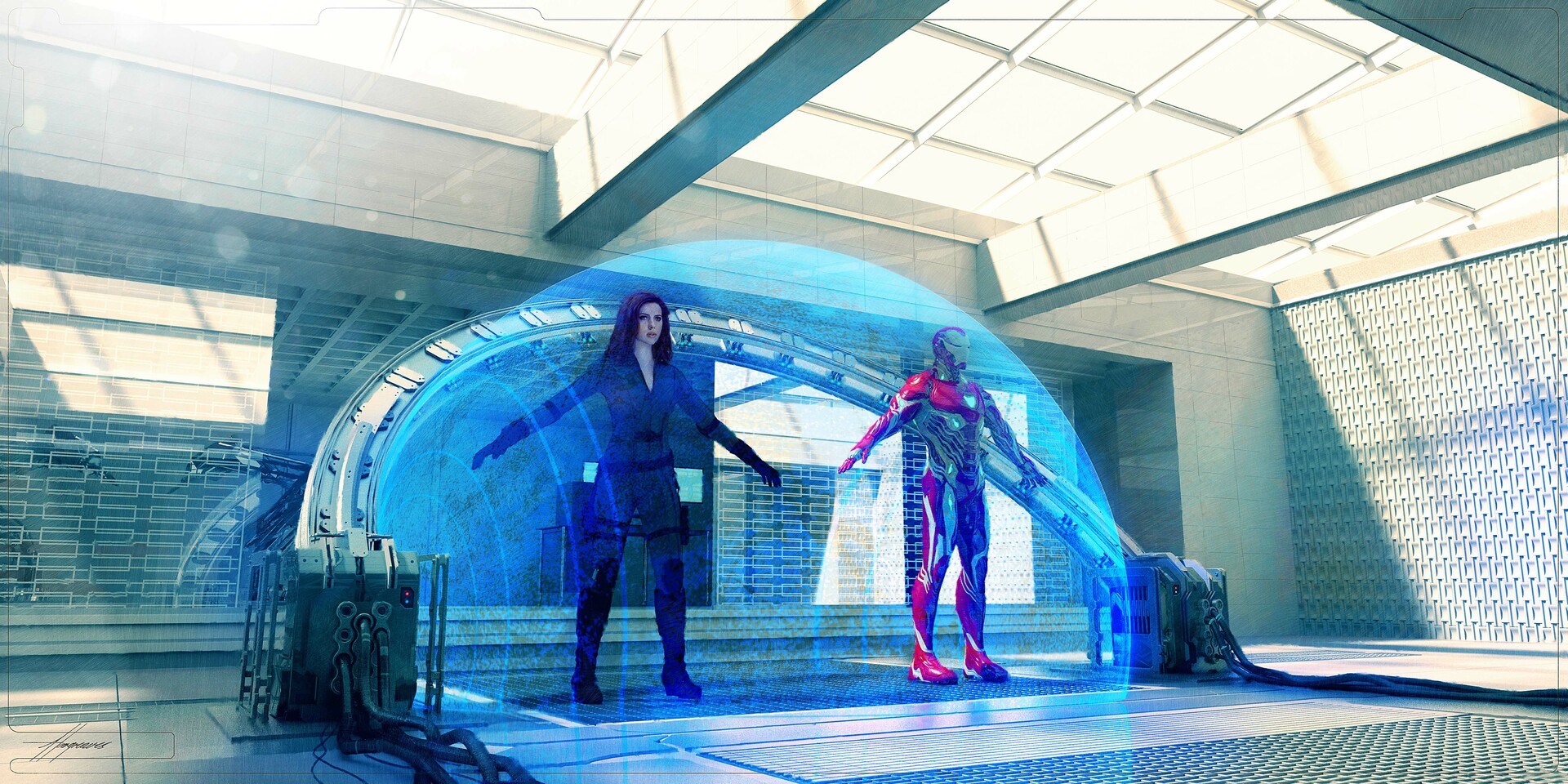 This is a very different time-travel machine to the one we saw in the movie itself and much smaller. As a result, it would have taken an awful lot of trips for the team to go back and forth in time! 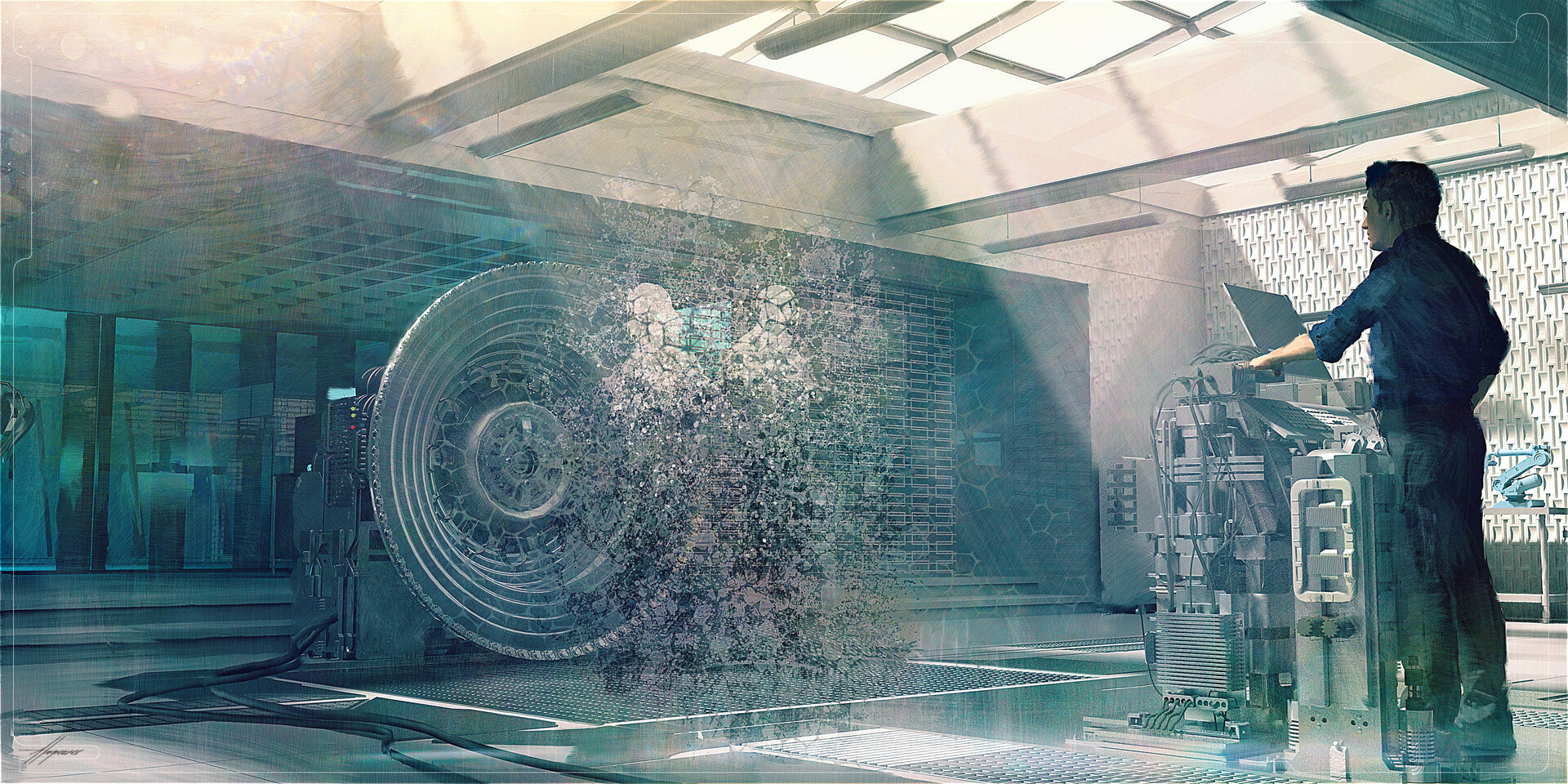 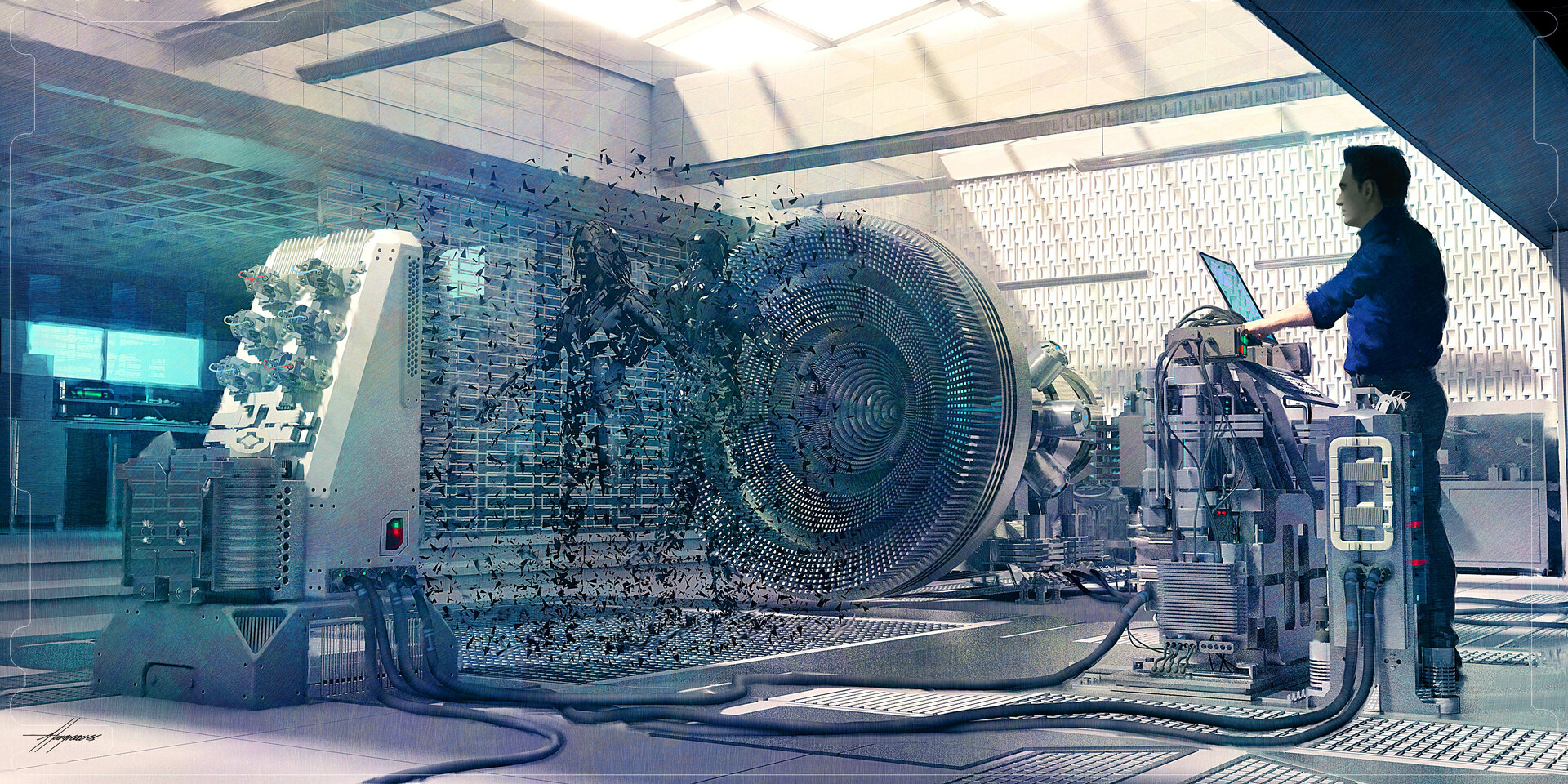 More dusting effects, this wouldn’t not have been a bad take on the time-travel machine but an argument could definitely be made that the one we ended up getting looked just a little bit cooler. 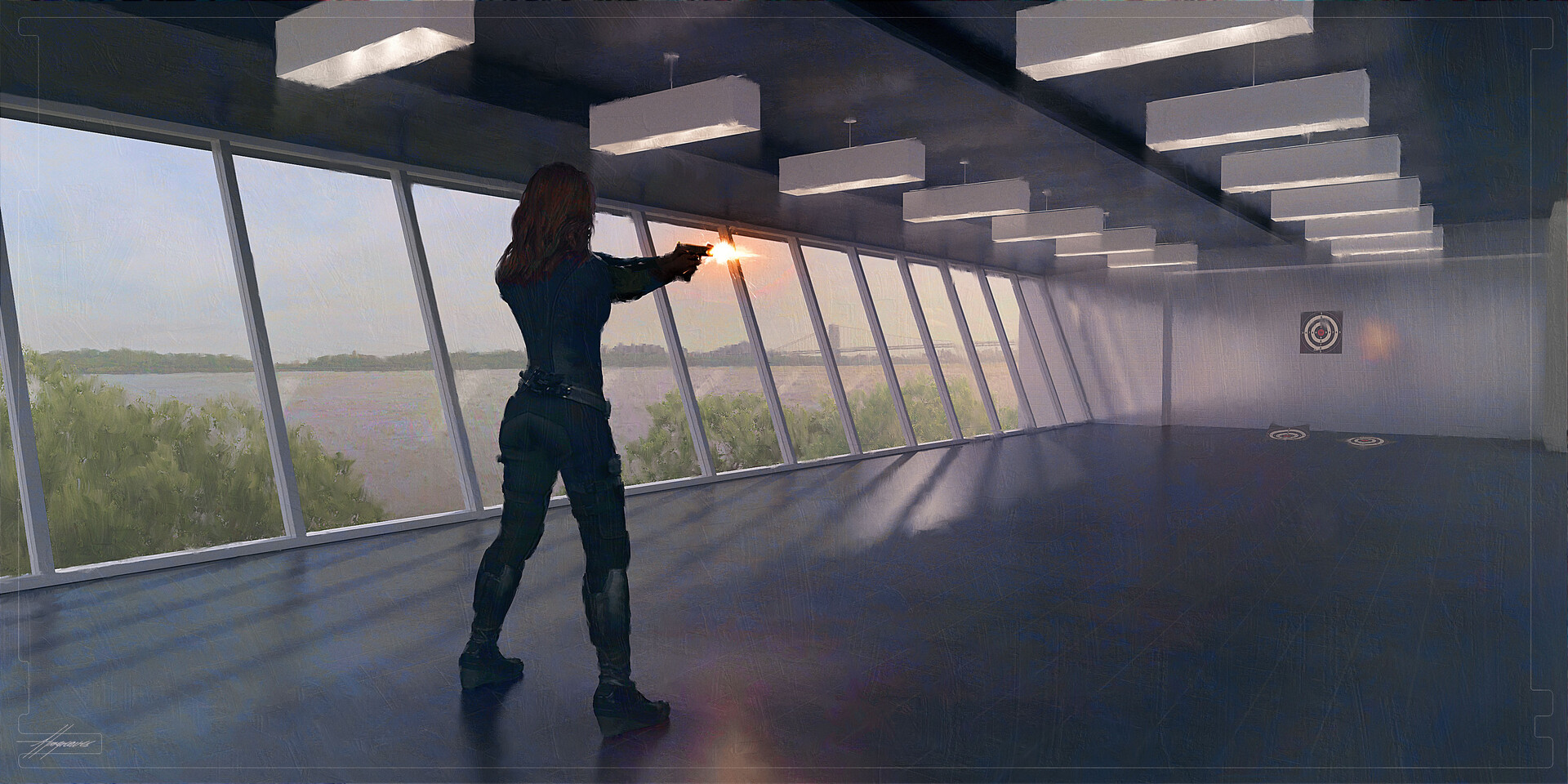 This scene didn’t make it into the final cut but was featured in the trailers. Apparently, it was meant to show Black Widow training while living in The Avengers Compound but wasn’t needed. 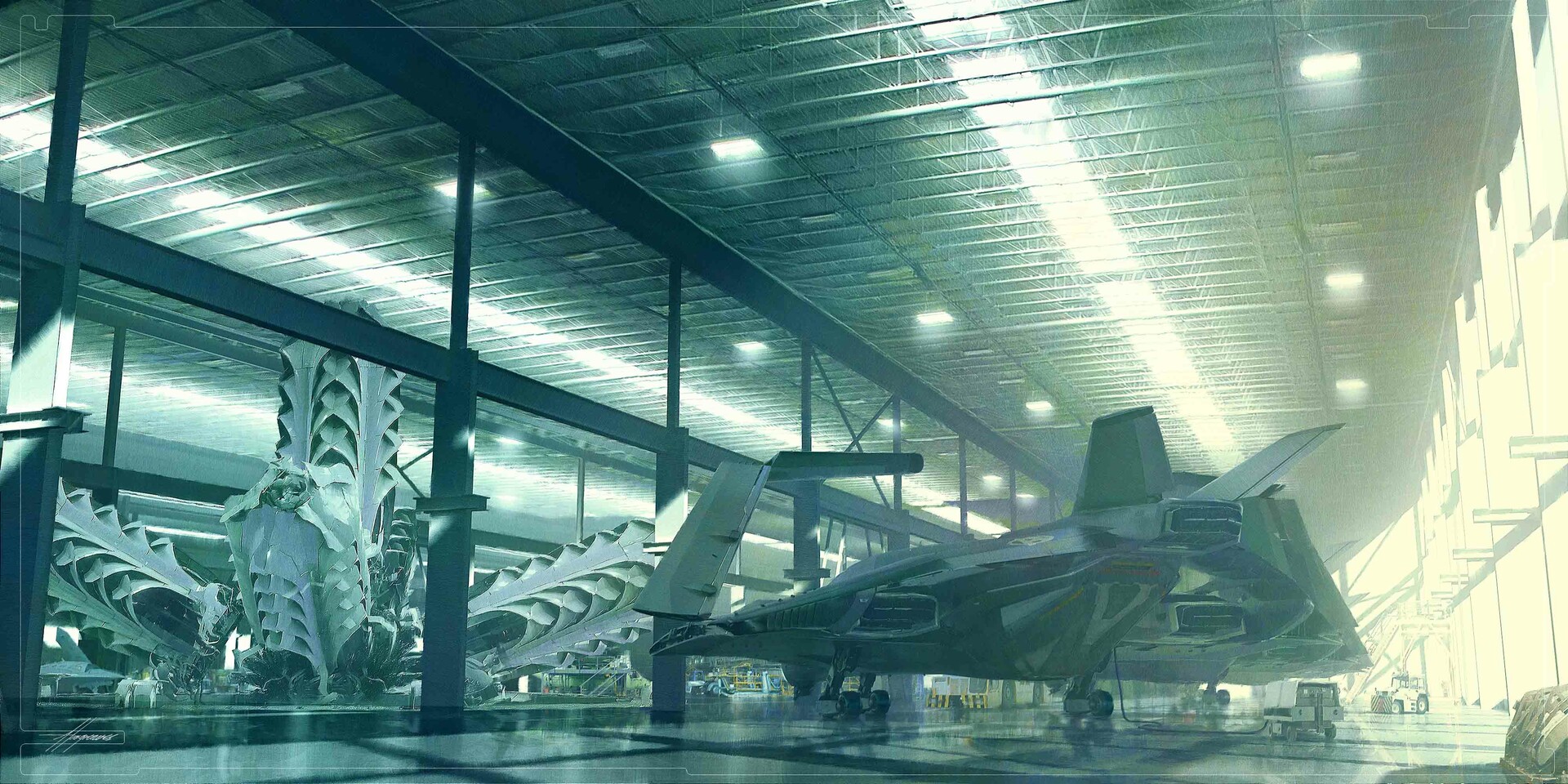 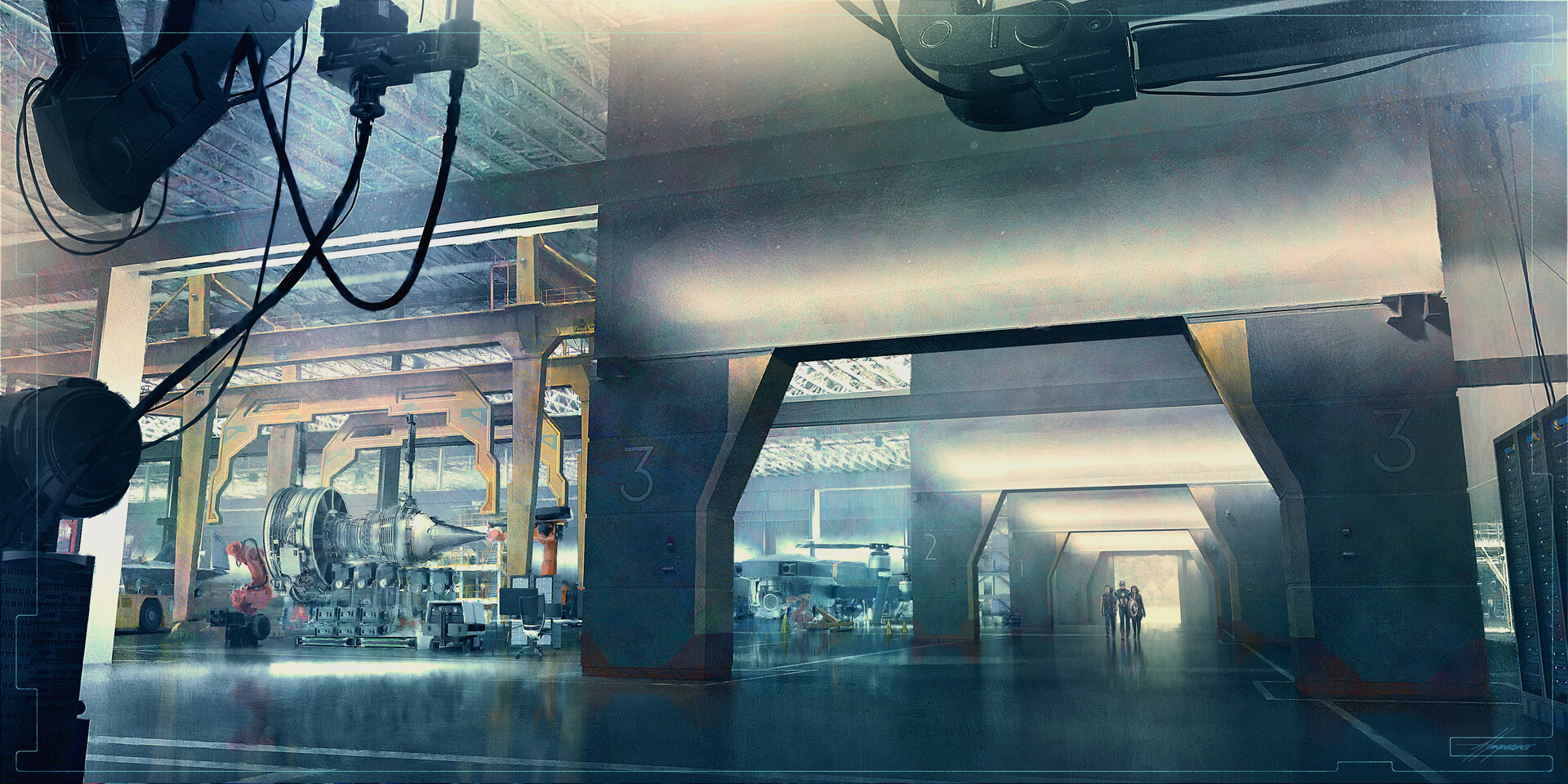 This is the hangar in The Avengers Compound and obviously a lot more expansive than the version that ended up in the movie. It would have been cool seeing all those different vehicles, though! 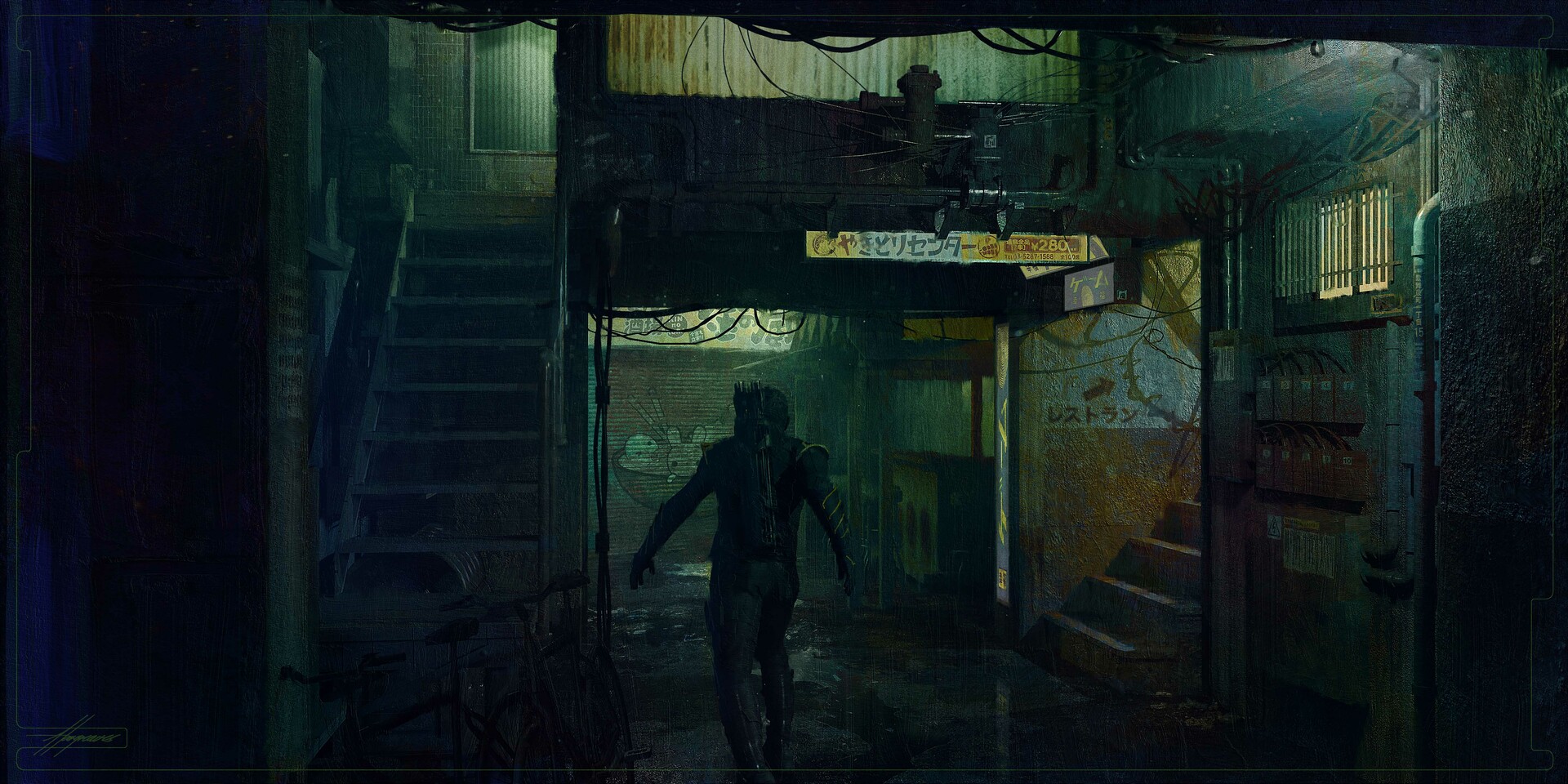 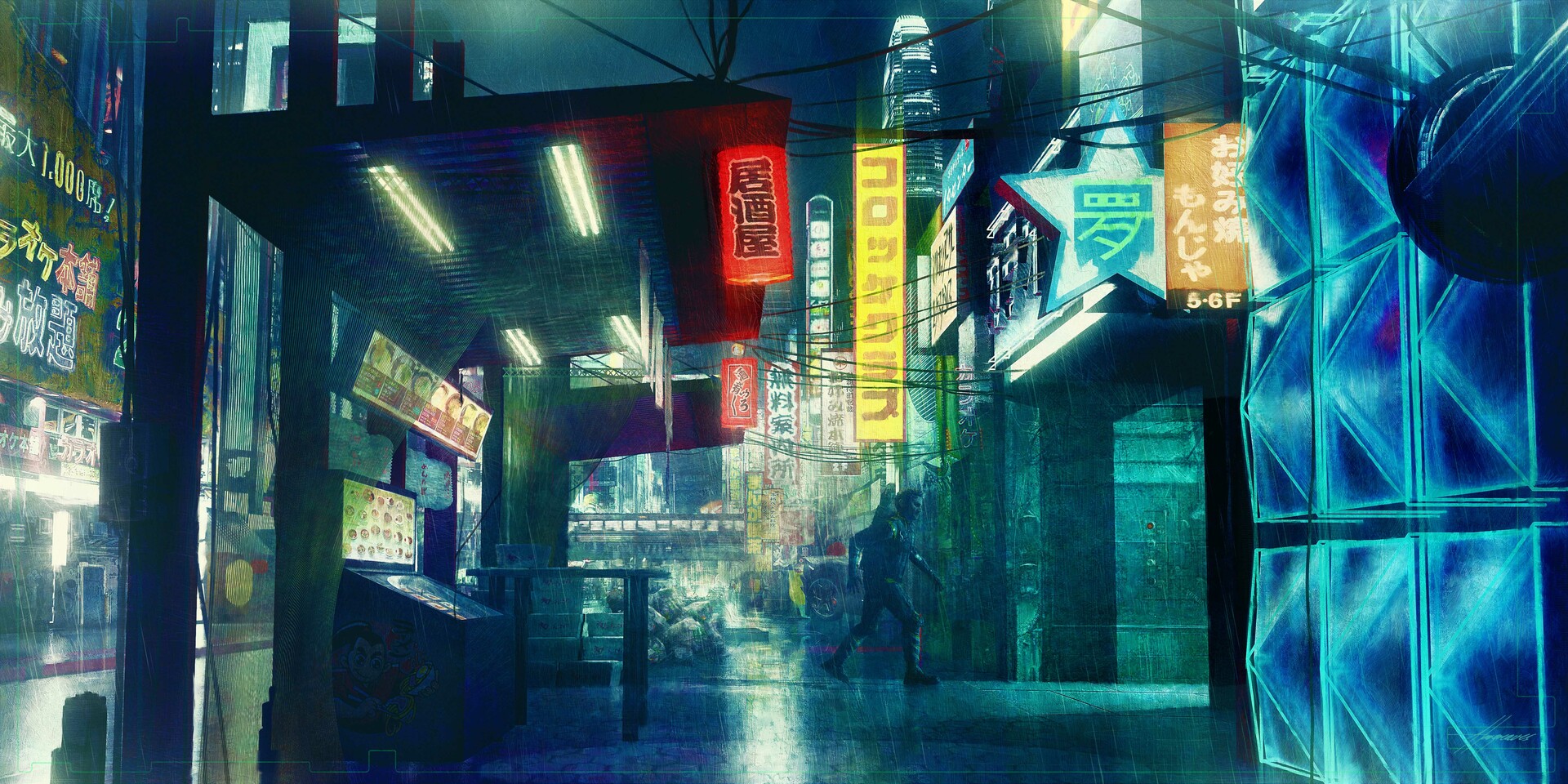 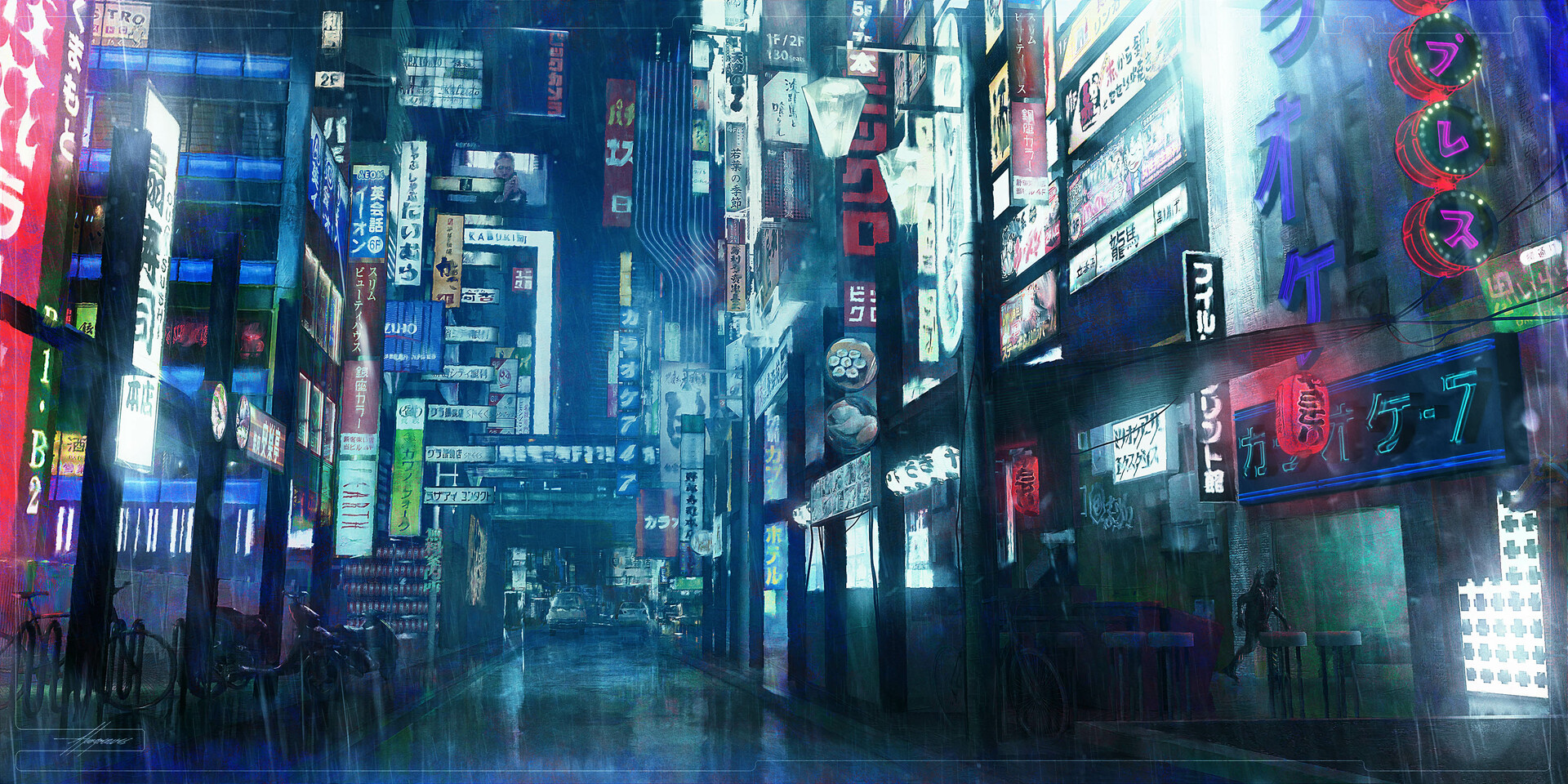 These designs show Clint Barton/Ronin in Japan and offer some insights into how the setting of his first appearance in Avengers: Endgame was dreamed up. The use of neon is very eye-catching. 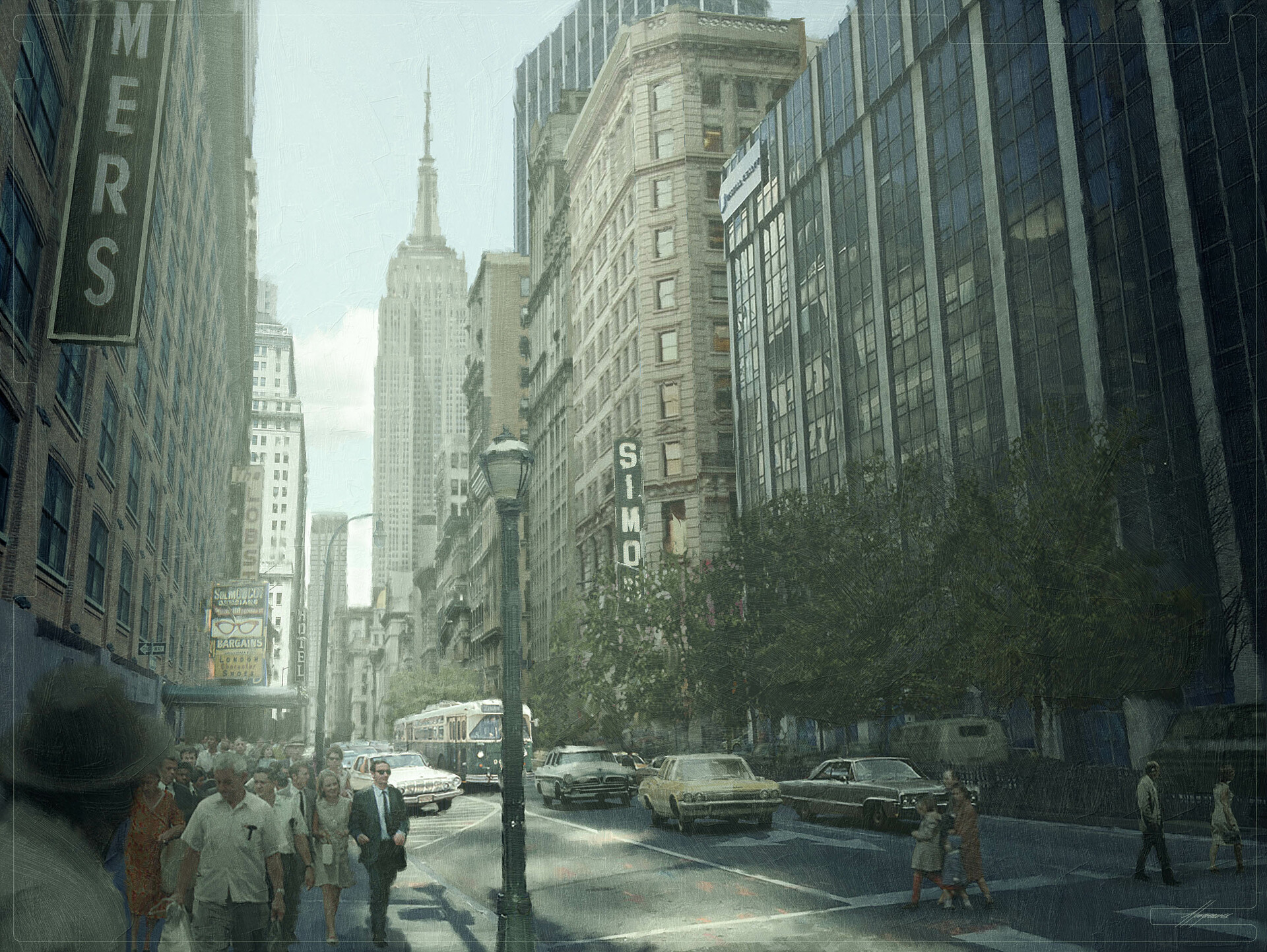 It seems as if we were once going to head even further back in time in New York City. It’s hard to say why Earth’s Mightiest Heroes would have travelled there but this would have been fun to see.

This is obviously Fort Leigh, the location Steve Rogers and Tony Stark travel to in order to track down the Tesseract. Little did they know that they would cross paths with Howard Stark here! 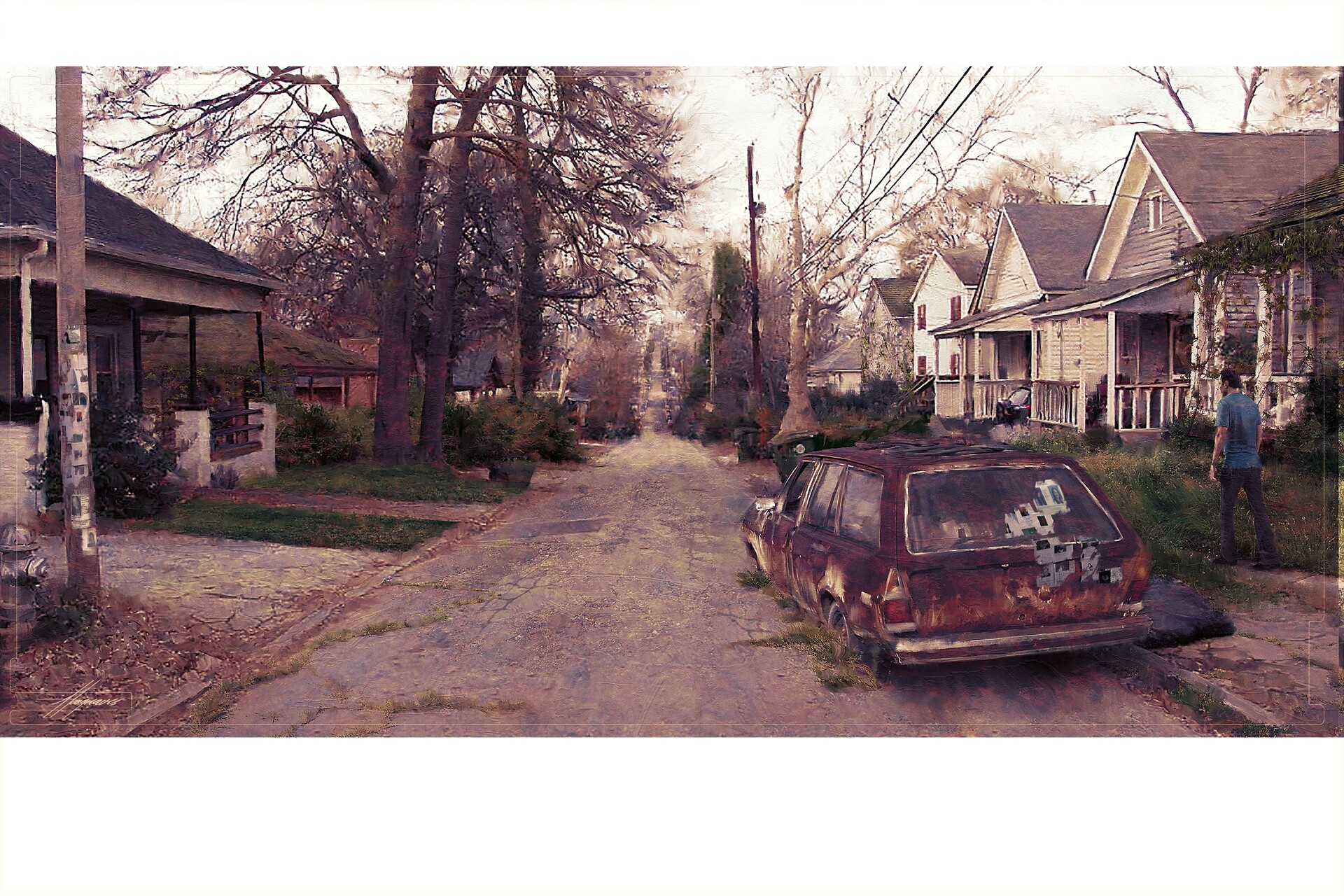 Scott Lang finds himself back in the present day and the world has obviously changed in the short amount of time he was in the Quantum Realm. More imagery like this would have been great.

If only has was that cheap these days, eh? These shots were no doubt used to establish what the periods the team would travel back in time to would look like and are all both really well put together. 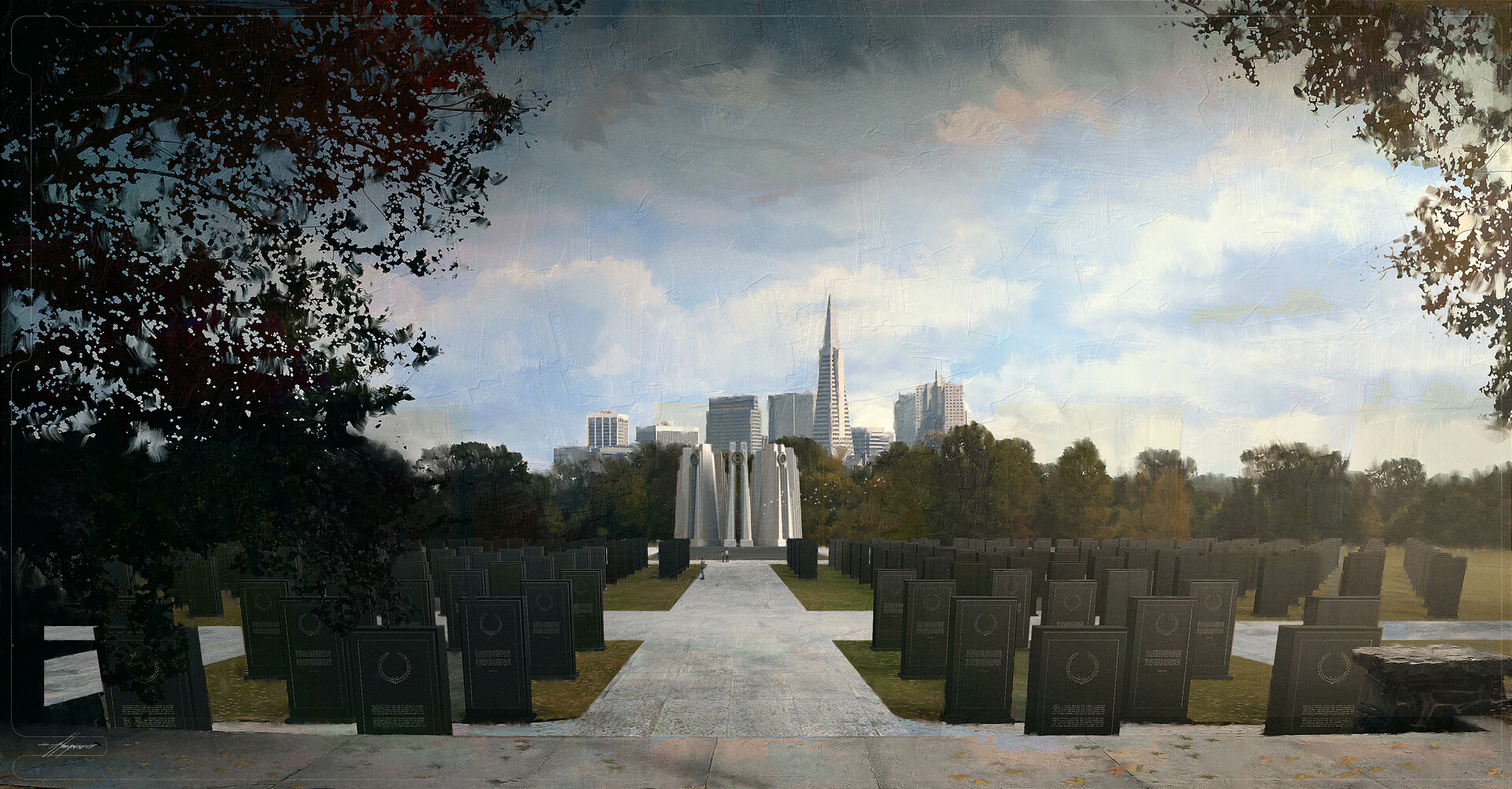 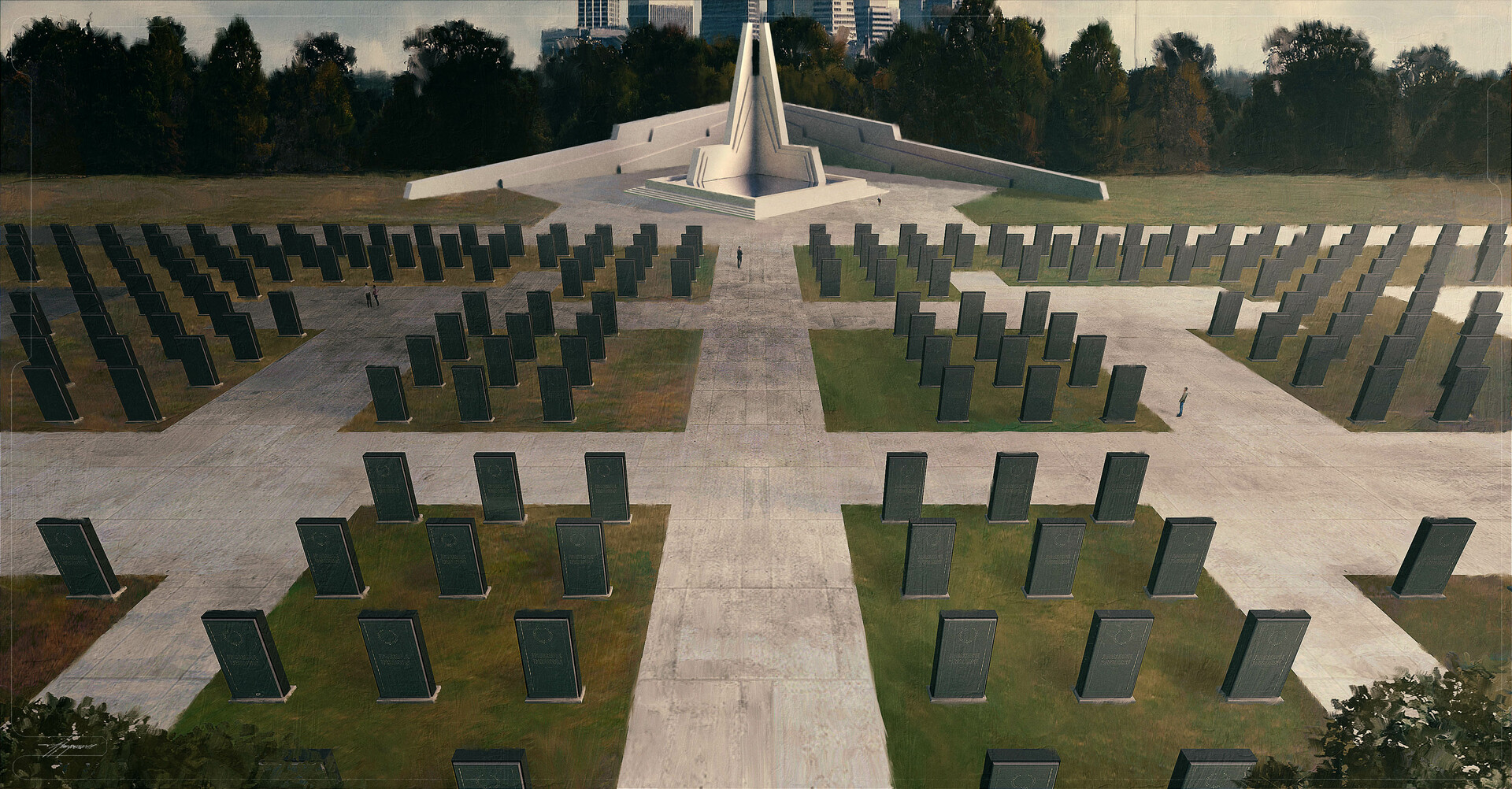 Tony Stark’s apartment can now be rented out for a crazy sum on Airbnb, while these images of the monuments erected for those who had died are obviously very striking and extremely haunting. 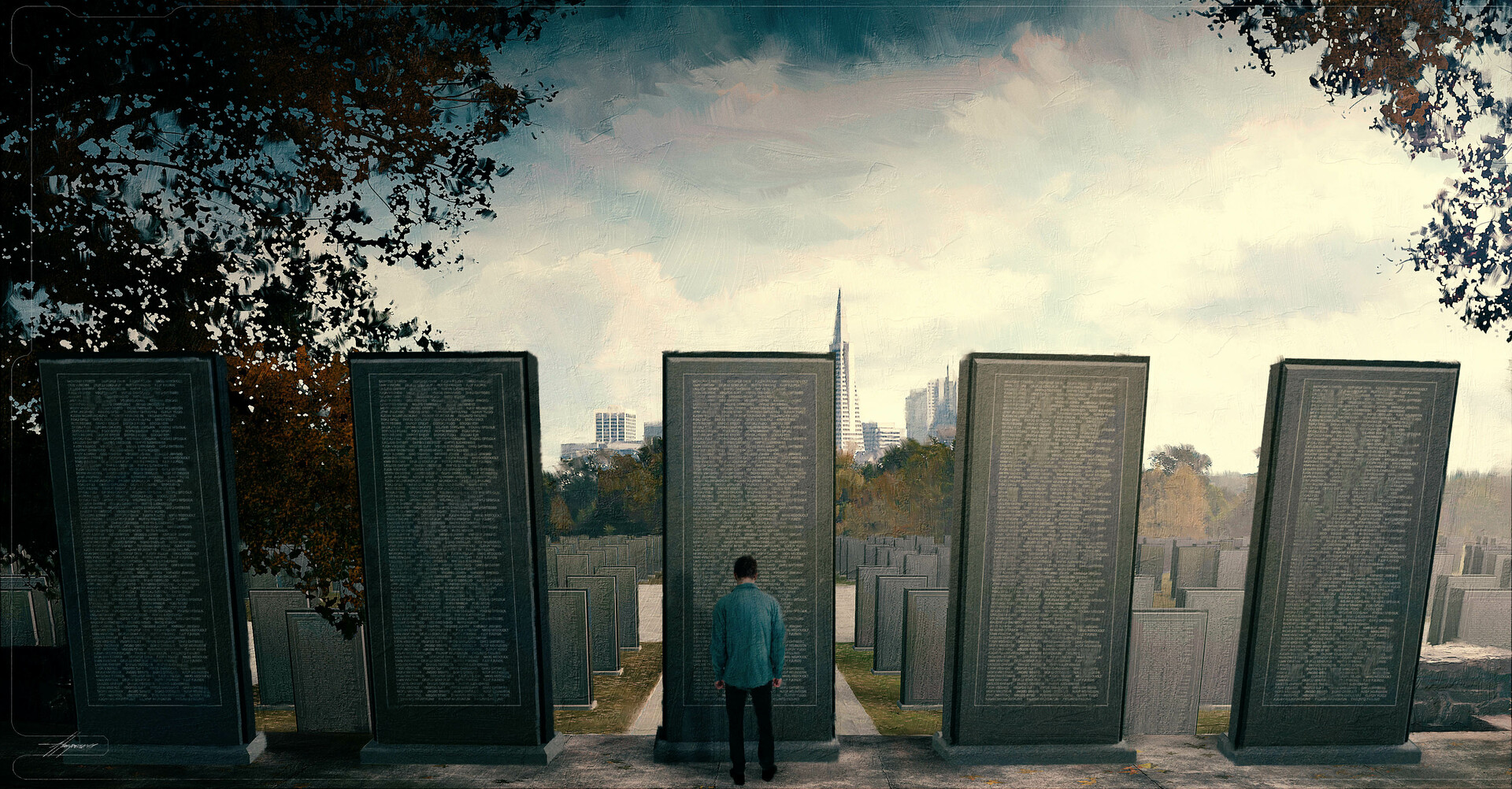 Many thanks to Sean Hargreaves for the artwork used in this post. See more from him here!