The fight ends when Thomas Wayne takes Robin down and when the young hero wakes up, he’s been tied to a chair and is forced to watch as Batman breaks Alfred Pennyworth’s neck and seemingly kills him on the spot. It’s a brutal moment and one which leaves little room for doubt: Batman’s loyal butler is dead and it’s going to be hard coming back from this.

However, this wouldn’t be the first time Tom King has trolled us; Batman, Tim Drake, Jason Todd, and Dick Grayson have all seemingly “died” at one point or another during this series but later recovered and are now all alive and well.

It’s also worth noting that Alfred remains alive in a number of other comics, including Doomsday Clock.

For now, though, it appears as if he really is gone and this could be a game-changer for Batman’s status quo and something fans have plenty to say about. If you don’t already own a copy, you may want to hurry, because the issue is already selling for upwards of $30 with some sellers on eBay!

Check out a scan of this shocking moment courtesy of Bleeding Cool: 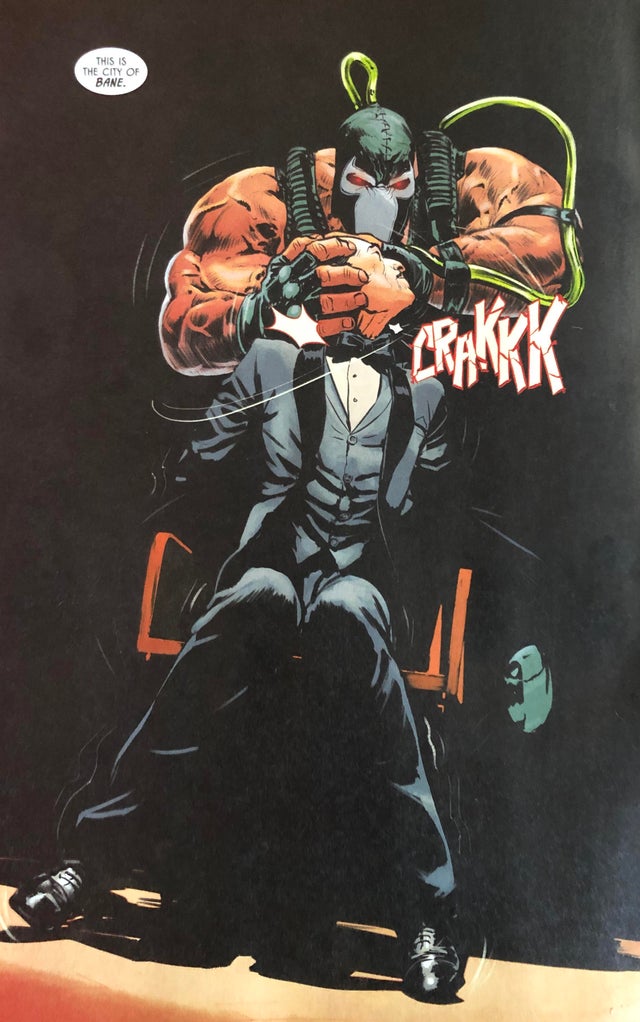