You Are Here Home Comicbook Movie CBM Celebrates July 4th With This Countdown Of America’s Most Patriotic Superheroes
Just like Greece will forever be remembered for the mythology that spawned the likes of Zeus and Hercules, so too will America for superheroes. Quite rightly described by Stan Lee as being a present day version of Greek or even Norse mythology, the colourful comic book characters dominating newsstands and movie theaters alike are rooted in the United States and its most formative years.

It should hardly come as a surprise, then, that there are a lot of very patriotic superheroes. Many of these were created during the dark days of World War II, though there are some who both pre and post date that conflict. The one thing they all have in common, though, is the love of their country.

The heroes (and anti-heroes) listed here may have been created to help get people through tough times when things weren’t looking so good for America, or simply embody everything that’s great about the USA without wearing the flag on their chest, but they’re all true patriots for very different reasons. Either way, with this being the Fourth of July , this lot definitely best represent the good ‘ol USA!

To check out the full list of heroes, all you guys need to do is click the “Next” button below! 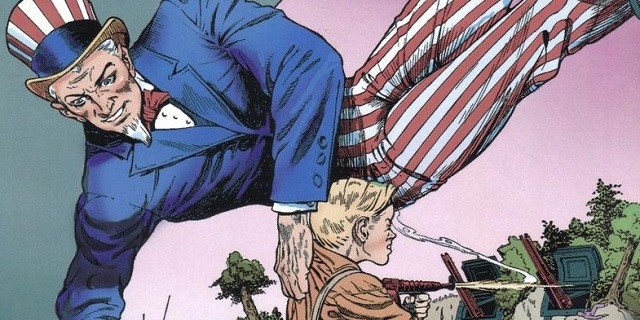 Unsurprisingly, there have been a few different versions of Uncle Sam in the comic books over the years, with the original first debuting back in 1940 as a revolutionary war soldier who was magically resurrected to fight for the United States whenever the country came under the threat. Created by The Spirit‘s Will Eisner for Quality Comics, DC Comics later acquired the character and made him a supporting player in the pages of Justice League of America.

There, he led the Freedom Fighters, and was depicted as a spiritual entity created through an occult ritual by the Founding Fathers whose powers could be utilised whenever he merged with a dying patriot. He basically had all the powers of Captain America, and most recently appeared in “Blackest Night” and The New 52. 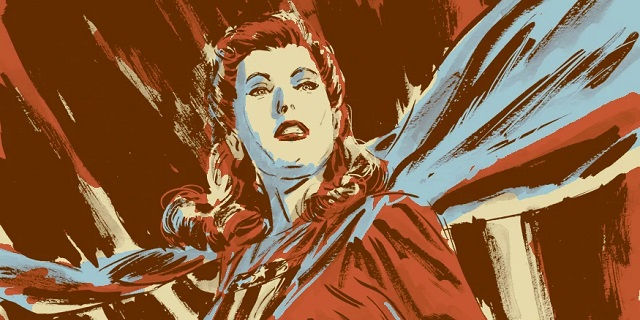 Miss America is a Golden Age superhero who was a member of both The Invaders and All-Winners Squad. Despite being a wealthy teen heiress who could have easily spent World War II living in comfort, the second Madeline Joyce gained superpowers in a freak accident, she suited up to fight for the country she loved. With “the strength of a thousand men” and the power of flight, Miss America was a key ally to Captain America and company as she battled alongside him against the Nazis.

Unfortunately, Marvel decided to resurrect the character years after her death as a racist in the pages of X-Statix Presents: Dead Girl. While she ultimately renounced the beliefs that sent to hell, this soured the character’s legacy, hence why she doesn’t place higher here. 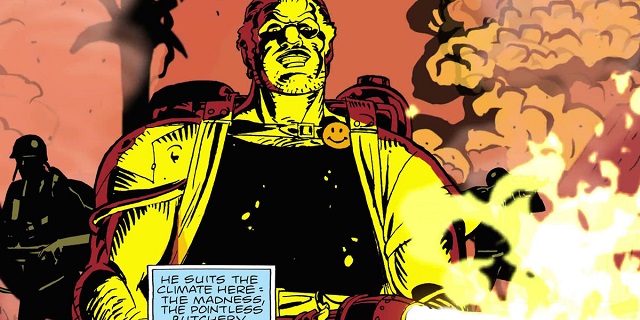 He may be batsh*t crazy (not to mention a racist rapist), but make no mistake about it, The Comedian loves his country. While Alan Moore and Dave Gibbons’ Watchmen pointed to the “hero” only fighting in Vietnam because he as able to kill indiscriminately, DC Comics’ controversial Before Watchmen prequel series shed some more light on The Comedian’s motivations and his love for the good ol’ US of A.

Hell, we’re talking about a guy who actually mourned alongside one of his greatest foes when JFK was shot, because unlike the original series and Zack Snyder’s movie, this comic revealed that Edward Blake wasn’t actually responsible for the President’s assassination. Ultimately, The Comedian is a bad dude who got what was coming to him, but he’s still an American patriot. 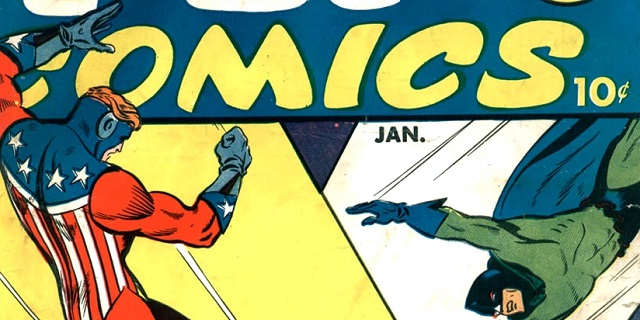 Created more than a decade before Captain America, The Shield actually predates the star spangled Avenger as America’s first patriotic superhero. Debuting in Pep Comics #1 from Archie Comics, the character quickly became their most popular, and several different men have held the mantle over the years (in fact, the first – Joe Higgins – was replaced after just two years).

Luckily for Joe, J. Michael Straczynski resurrected him in 2009 for a fresh take in a one-shot which led to a series by Eric Trautmann that was critically successful, but didn’t sell well. The rights later reverted back to Archie, and now woman named Victoria Adams is The Shield, fighting for what’s right whenever her country comes under threat. Regardless of the iteration, this patriot has lasting appeal! 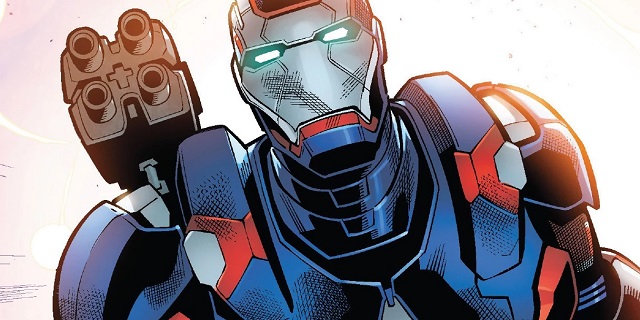 The first Iron Patriot – Norman Osborn – really didn’t care about his country and only suited up in this armour to stick it to Captain America and Iron Man after he took over the Marvel Universe. Thankfully, a real patriot later took over the mantle in the form of Tony Stark’s closest friend, Colonel James Rhodes.

Of course, it’s Kevin Feige, Shane Black, and Drew Pearce who deserve credit for that as they gave Rhodey the Iron Patriot armour in Iron Man 3 before the company’s comic book division stole the idea and launched an unsuccessful solo series for the character. Rhodey didn’t wear the flag for long (he went back to being War Machine before dying in the pages of Civil War II), but he’s a legit war hero, so you just know he displayed this armour proudly while he had it. 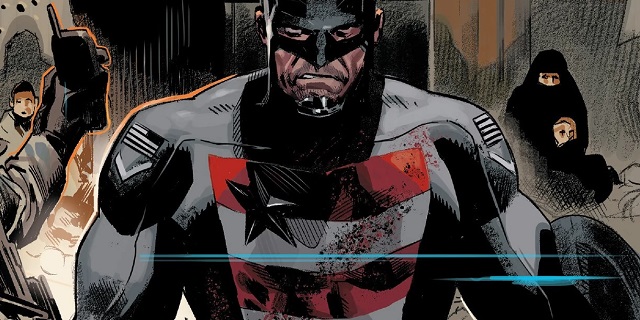 Despite starting off as a villain and in many ways representing the antithesis of a patriot, U.S. Agent has developed over the years into someone every bit as willing as Captain America to step up and do what’s right for his homeland. He may have more of a killer instinct than Steve Rogers, but despite once being a Super Patriot who showed off the darker side of nationalism, he’s found the right balance somewhere along the line.

Still, it could be argued that he’s both the most patriotic hero AND villain in comic book history! Either way, his beliefs and actions often make for an interesting parallel to Captain America, and with the way the world has changed since his introduction in 1986, some might argue that he’s more relevant today than ever. 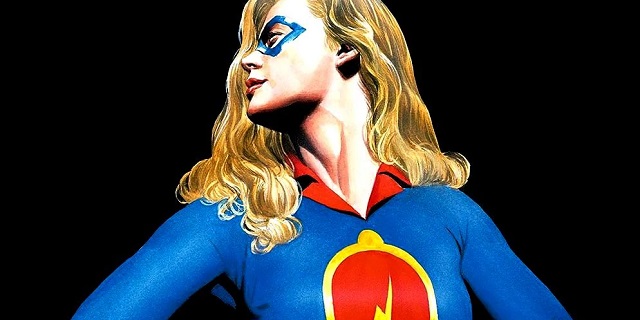 You were totally expecting to see Wonder Woman here, right? Well, while she’s definitely a patriot, that’s an element of the character that has faded away in recent years, especially with DC Comics embracing her roots in Greek mythology. Liberty Belle, on the other hand, is all about being an American patriot, and led the All-Star Squadron during World War II.

She has the ability to project powerful pulses of sonic vibrations from her hands that will shatter solid objects, and it’s a replica of the Liberty Belle from Independence Hall which gives her superpowers. Before becoming a hero, Libby was really put through the wringer, but that just strengthened her resolve to fight for the country she loves. In some alternate realities, she’s been depicted as the US President! 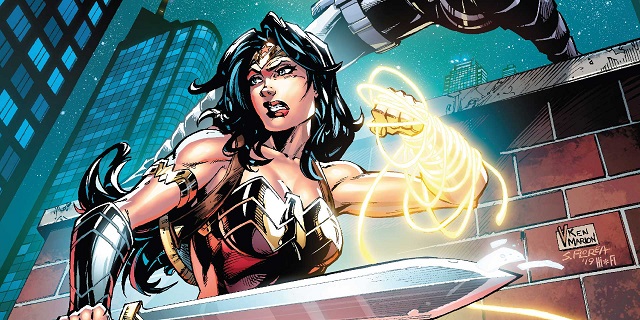 It’s easy to forget, but Wonder Woman is surprisingly patriotic to America…even if she does hail from Themyscira! The Amazon Warrior clearly loved the good ol’ US of A, and has fought on the country’s behalf on countless occasions. Clearly respectful of the American Dream and the freedom America grants its citizens, it’s no wonder she’s so closely associated with the States.

The fact is, Wonder Woman represents American ideals. She firmly believes that all men are created equal, and that they’re endowed with certain unalienable rights; truth, justice, and the American way, basically. For that reason, Diana Prince is definitely worthy of a place here, even if her patriotic nature hasn’t perhaps received that much of the spotlight in recent years. 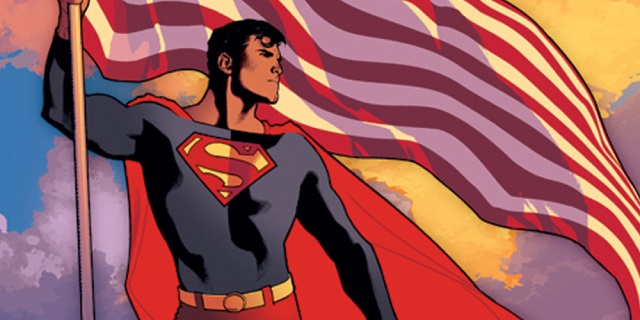 The Man of Steel may have renounced his country in a controversial and now forgotten story from before The New 52 reboot, but make no mistake about it, Superman loves America. While he may be an alien (a term which applies to many of the people who immigrated to America around the time he was created), Clark Kent being brought up by a hard working American family on a Kansas helped to reinforce his sense of right and wrong.

He isn’t decked out in the colours of the flag, but Superman represents the whole world in some ways, bringing the best things about America to other nations and even the universe. Fighting for truth, justice and the American way, this hero brings to life the qualities pretty much every patriot would like to see in themselves. 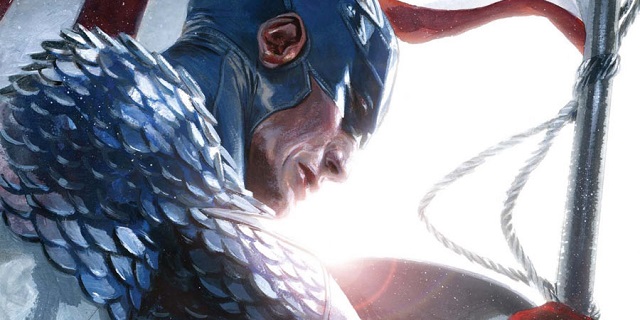 While Steve Rogers may have that classic American look, the fact that he started off as a sickly, skinny kid from Brooklyn has ensured that he’s remained true to his roots. From back when he was fighting Nazis in World War II to when he became a member of The Avengers decades later, Captain America has always represented everyone.

Yes, he’s questioned his government at times, but like any true patriot, he has his own beliefs and simply wants to see people treated equally so that they have a fair shot at also achieving the American Dream. Upholding the honourable qualities on which his homeland was founded, Cap represents all the good things about the country, and while recent comics have taken this away from fans, he’s often been used as a means of inspiration in dark times.