Before we get to that, it’s worth noting that the screenwriter he’s talking about is Geoff Johns and it’s honestly surprising that these two couldn’t come up with

a movie fans would want to see.

Regardless, the truth about his departure is no doubt somewhat more complicated because while Affleck assured fans that he would star in Reeves’ movie, reports from the trades claimed that he was looking for an exit strategy before Justice League was released due to his disappointment with the role.


Either way, when asked to issue one final statement about his “retirement,” Affleck gleefully looks at the camera and says…”I’m not Batman..?” Seems like he’s pretty happy to move on, right?


Where did it all go wrong for Batfleck?
Read our recap of what happened below ICYMI. 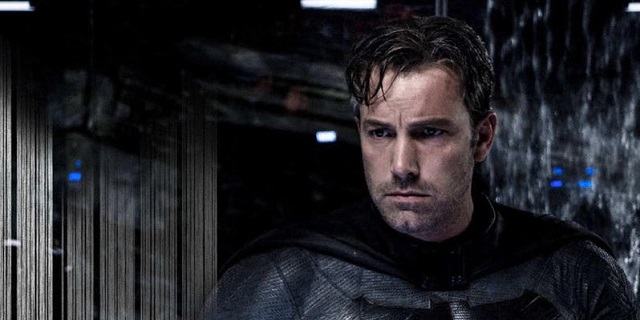 On August 22nd, 2013, Ben Affleck was announced as the new Batman for what was then being billed as an untitled Man of Steel sequel. Despite his impressive turns in movies like The Town and Argo, there was an immediate backlash and fans really weren’t on board with him playing the Caped Crusader.

Here on CBM, the article revealing the news received over 1500 comments with gems like, “[I’m] just really not a fan of this news… [I] feel like DC hates us,” “Nothing about Affleck screams Bruce Wayne or Batman,” and “NO. No way, this has got to be a joke surely? I mean, BEN AFFLECK? BEN AFFLECK!?!?!?!? No way. I refuse to believe it.” And those are just the clean ones!

This wasn’t a good start for Batfleck and the actor later talked about being told by Warner Bros. to not pay too much attention to what was being said online. Unfortunately, things would only get worse for him from there… 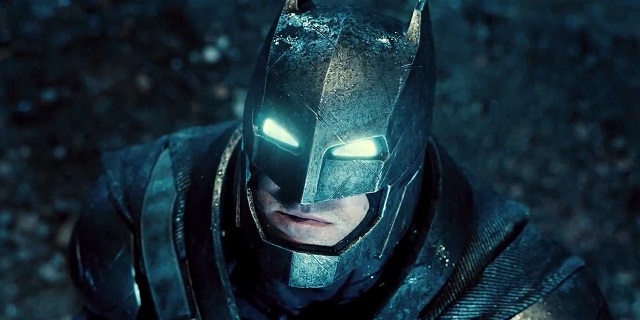 As time passed, the images and trailers made it clear that Affleck was a great choice to play the hero (visually, at least) and when Batman v Superman: Dawn of Justice hit theaters, pretty much no one had anything bad to say about his version of the character.

Unfortunately, the movie took an absolute pounding and the actor became a meme thanks to an interview which saw him dubbed “Sad Affleck.” He clearly wasn’t happy with the way things were going, but remained attached to direct a Batman movie he’d been writing with comic book scribe Geoff Johns and was lined up to appear in Suicide Squad.

Still, he can’t have been pleased about starring in a critical flop as it hurt his status as a director and was like Daredevil all over again. 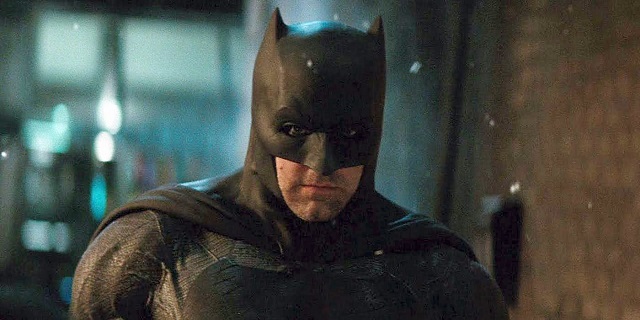 When set photos showed Batman chasing down The Joker and Harley Quinn, fans were extremely excited to see how that would play out in Suicide Squad. Unfortunately, his appearance there boiled down to an underwhelming car chase in which he never interacted with the Clown Prince of Crime and a far too brief battle with Deadshot which was a total disappointment.

On the plus side, we did get a pretty cool mid-credits scene featuring Bruce Wayne and Amanda Waller.

The main problem was that Suicide Squad was another critical flop for Warner Bros. and while Batman’s role was brief, this was another bad superhero movie (according to the critics, at least) that Affleck’s name was attached to. It was at this point that he clearly started to grow frustrated with the role. 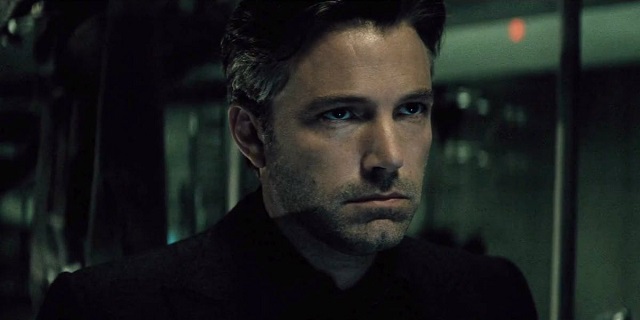 “With Live by Night, it took me a year and a half to write and get ready, and I worked really hard and — it’s just, nobody gave a sh*t!,” Affleck told Jimmy Kimmel when asked for an update on The Batman. “But with Batman, I keep on getting, ‘Where’s the f***ing Batman script?!’ I’m like, ‘Whoa — I’m working! Give me a second!'”

It seemed like the pressure was getting the best of him. Live by Night (which Affleck directed while shooting Batman v Superman and Justice League, thereby taking his attention away from that movie) was a critical disappointment and that really can’t have helped.

It was around this time that rumours about him being done with Batman after Justice League started gaining traction and it seemed as if his days as the hero might be numbered. However, fans held out hope because The Batman was still in the works. Well, not for much longer, unfortunately! 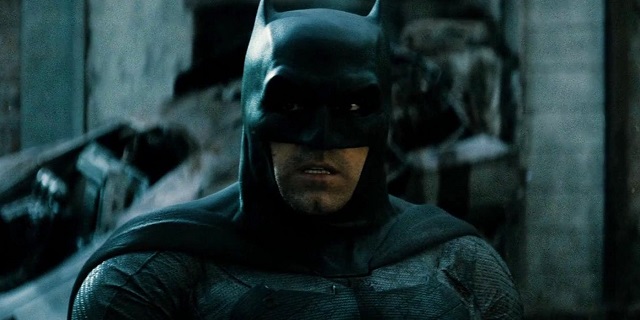 Affleck’s version of The Batman would have pitted the Dark Knight against Joe Manganiello’s Deathstroke and that was an idea fans could get on board with (especially with Johns contributing his comic book knowledge to the script).

On January 30th, 2017, the actor issued the following statement about no longer directing the movie:

“There are certain characters who hold a special place in the hearts of millions. Performing this role demands focus, passion and the very best performance I can give. It has become clear that I cannot do both jobs to the level they require. Together with the studio, I have decided to find a partner in a director who will collaborate with me on this massive film. I am still in this, and we are making it, but we are currently looking for a director. I remain extremely committed to this project, and look forward to bringing this to life for fans around the world.”

That was it for his version of The Batman but things still looked good because at least Affleck was going to team up with a new director to bring the movie to life, while still playing the Caped Crusader. Hell, he even declared at Comic-Con that, “I am the luckiest guy in the world, Batman is the coolest f***ing part in any universe.” Matt Reeves was hired but things didn’t go as we thought. 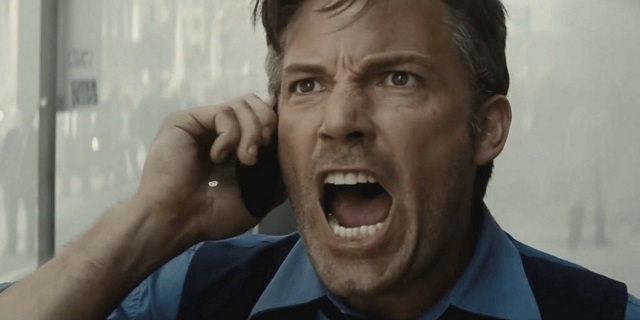 Reeves quickly made it clear that he was not only making changes to Affleck and John’s script; he was totally rewriting it from scratch. What was going to be an action movie along the lines of The Raid was to be transformed into a noir thriller and the director clearly had a different vision for how Batman’s story should play out, hence why we started hearing rumblings about it being a prequel.

Whether or not Affleck’s departure had something to do with creative differences behind the scenes is hard to say, but it really didn’t feel like these two were ever on the same page and that when Warner Bros. hired Reeves, they knew he wanted to essentially reboot the character and take him down a more standalone path which isn’t necessarily connected to the wider DC Extended Universe. 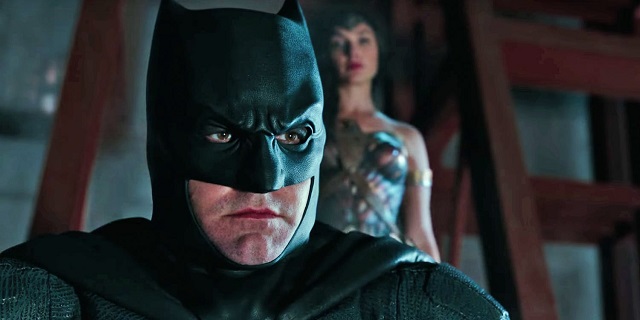 We really don’t need to recap what went wrong with Justice League again but the fact is, this was the third DC movie that Affleck starred in which was met with scathing reviews from critics.

He can’t have been happy with that and the writing was on the wall at this point.

Sure, we were hearing stories that he might play Batman one final time in Flashpoint to bring a close to his time as the character while a younger actor would take over in The Batman, but once that fell apart and Warner Bros. decided to focus on standalone story, it was apparent that it was simply a matter of time before it was made official that he would no longer be playing Bruce Wayne. 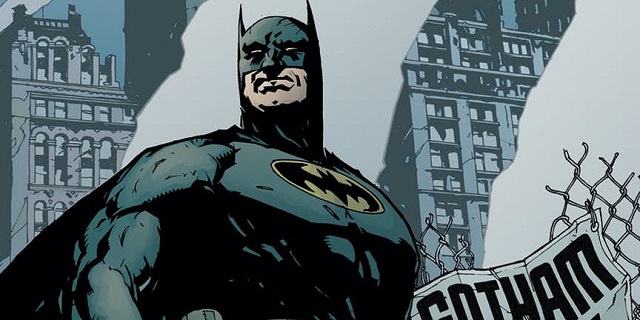 It feels like we spent all of 2018 sifting through rumours about who could be the next Batman and names like Jack O’Connell, Jake Gyllenhaal, and Richard Armitage continued popping up online.

Nothing concrete was revealed, of course, and as far as we were concerned, Affleck was technically still attached to the role. His personal life was in disarray, though, as he re-entered rehab and clearly had more on his plate than playing a superhero again.

The trades and fansites weighed in but nothing was made official until earlier this week. 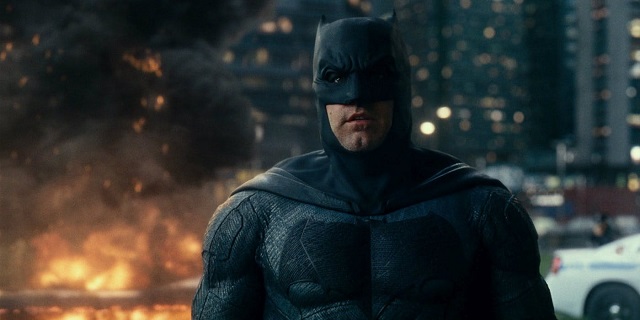 This week, The Batman got a release date: June 25th, 2021. It won’t star Ben Affleck, though, and a new actor is being sought after by Matt Reeves. The movie will reportedly be a noir-type detective story that finally sheds some light on why the Dark Knight has been described as the World’s Greatest Detective.

We don’t know if this will be a reboot, a prequel, or a standalone adventure unrelated to Justice League. However, after months of conflicting reports and rumours, we now know that Affleck is done as Batman and that’s a shame because it’s hard to escape the feeling that we missed something special here.

Had things played out differently, we could have very easily seen his Batman on screen for years to come but it wasn’t meant to be. 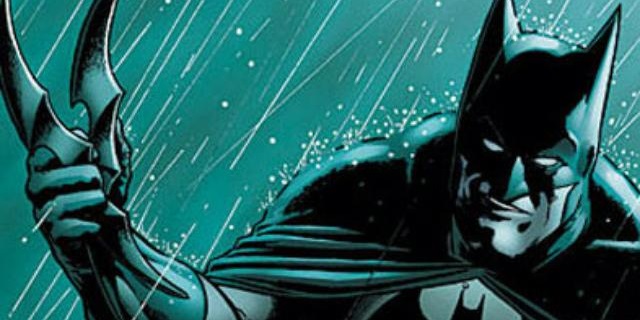 This is the million dollar question. As of right now, we simply do now know but the casting process for The Batman should begin soon and that means we’ll find out who will be the new Bruce Wayne as well as the actors who will portray some of his most iconic villains (Reeves has said we’re getting an entire rogues gallery). In terms of story details, you have to hope those are on the way too.

Warner Bros. isn’t shying away from saying that they’re happy to make movies which don’t set up a larger world, so chances are it won’t tie into past releases and could even use a whole new cast of actors to play the likes of Alfred and Commissioner Gordon.