This means that Feige will have creative control not only over Marvel’s Television and Animation studios but also what we see in the comic books (that doesn’t mean he’ll be deciding what stories are told but he’ll obviously have a lot of input).

Feige will continue to report to Walt Disney Co-Chairman and Chief Creative Officer Alan Horn and Co-Chairman Alan Bergman, while the current era of Marvel Television is now being wound down. That presumably means Jeph Loeb – who has spearheaded some hits and major disasters – will be out of a job as Marvel’s focus moves to Disney+ instead.

Needless to say, some big changes are clearly on the horizon for Marvel moving forward.


Hit the “View List” button to check out all the biggest
reveals from Kevin Feige’s Reddit AMA earlier this year!

Did The Hulk’s Snap Bring Everyone Back Safely? 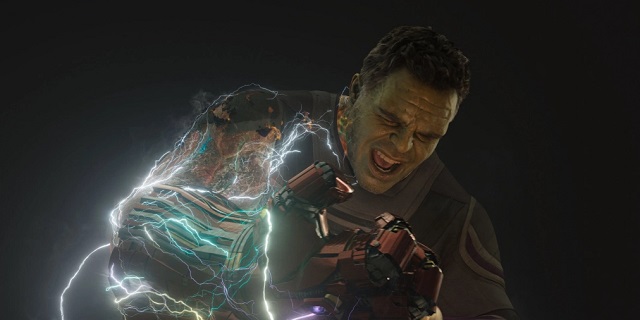 Since the release of Avengers: Endgame, some fans have wondered what became of the people The Hulk resurrected when he used the Infinity Gauntlet. Were those who were flying at the time of the original snap brought back in mid-air, only to then fall to their deaths? What if a building now stood in the place they were originally standing?

Well, when he was asked if the Green Goliath brought them all back to a safe place, Feige says: “We refer to the version of Hulk in Endgame as Smart Hulk. So, yes.” This also confirms that the official name for Bruce Banner’s new persona is Smart Hulk and not Professor Hulk.

Does He Have Any Regrets About The MCU? 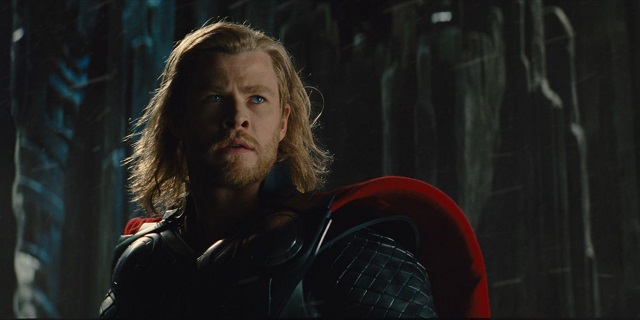 “I made a joke once about regretting dying Chris Hemsworth eyebrows blonde for the first Thor,” Feige responds when asked if there are any regrets he has about the MCU, “but the truth is it’s everything in those films and all the little details: the perfect ones and not so perfect ones, that carried us through to the experience of Endgame. Therefore, I wouldn’t change a thing.”

As for whether he’s ever struggled while collaborating with Marvel Entertainment or Disney, he specifies two specific occasions which were a challenge. “[The] two that come to mind from 10 years ago are the casting of Robert Downey Jr. and the decision to make Captain America: The First Avenger a period World War 2 film,” he reveals.

Did Martin Starr Play The Same Character In Both The Incredible Hulk And Spider-Man: Homecoming? 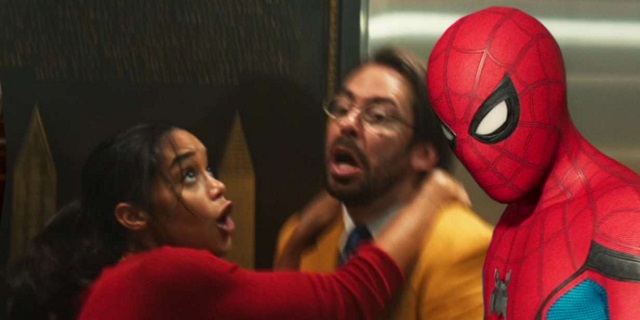 In The Incredible Hulk, Martin Starr plays a geeky lab tech who praises Bruce Banner for delivering a pizza to him during a very weird exchange. In Spider-Man: Homecoming, however, he’s Peter Parker’s teacher. The question is, does Kevin Feige consider these characters to be one and the same? “I do,” he confirms, putting an end to a two plus years worth of speculation from fans.

Has Captain America Always Been Worthy? 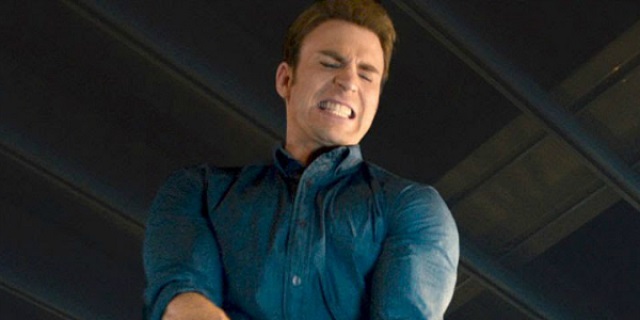 Following the release of Avengers: Endgame, the Russo Brothers revealed in a few different interviews that they believe Captain America was more than capable of lifting Mjolnir in Avengers: Age of Ultron but chose not to so he could protect Thor’s feelings (well, ego). That’s a sentiment Feige agrees with. “We think he was always worthy and was being polite in Age of Ultron.”

What Is His Favourite Moment In The MCU? 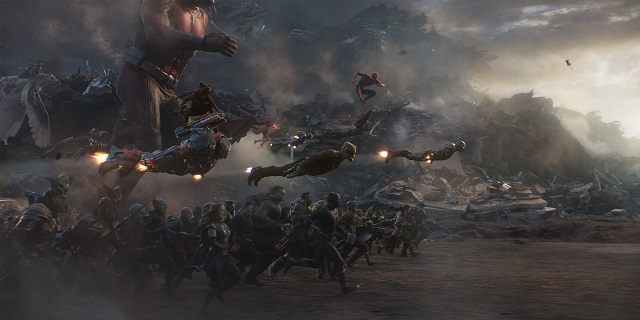 Looking back over the Marvel Cinematic Universe, it’s hard to single out any one moment as being the best as there have been so many that are memorable or special. So, does Feige have a favourite? It turns out that he does (sort of) as he told one fan that, “There are too many to list, but I will say my entire MCU career was building up to that “on your left” moment in Endgame.”

Why Were The Russo Brothers Chosen To Direct The Final Avengers Movies? 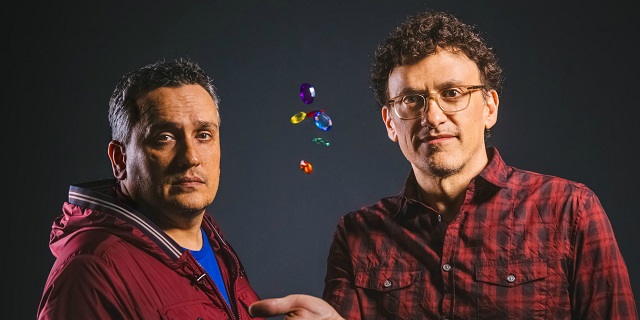 When the news broke that Marvel Studios was in talks with the Russo Brothers to direct the final two Avengers movies, many fans were surprised. After all, names like Jon Favreau and Joss Whedon had been floating around, so surely they were a better fit?

Why Was Iron Man The MCU’s First Superhero? 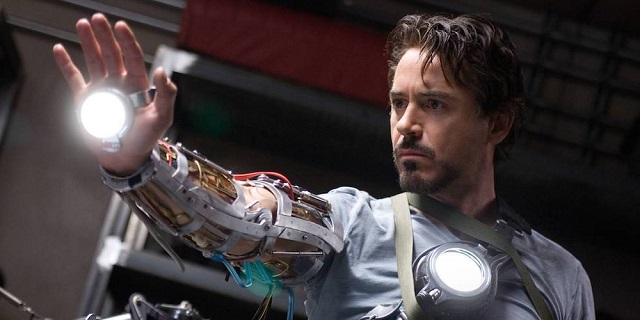 Of all the characters Marvel Studios chose to launch the Marvel Cinematic Universe, what was so special about Iron Man? After all, surely the likes of Thor and Captain America were just as marketable?

“We thought Tony Stark was a great and unique character for our first film because he was so different from any comic book character that had been brought to the screen before,” Feige reveals.

How Did Mark Ruffalo Pitch The Hulk’s Future? 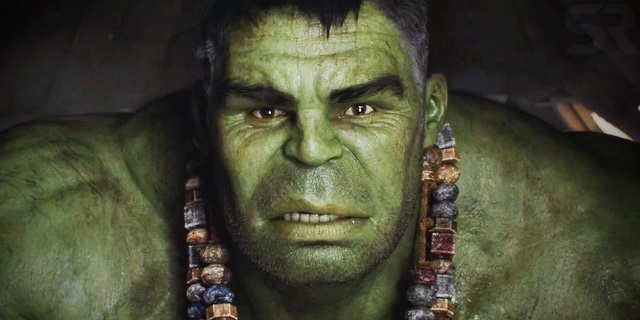 “Many years ago, Mark came in for a meeting with us at Marvel Studios to discuss ways in which the Hulk could grow and evolve in upcoming films,” Feige reveals when asked about what Ruffalo asked from him when they met to discuss the character’s three-story arc across Thor: Ragnarok, Avengers: Infinity War, and Avengers: Endgame.

“He pitched a lot of cool ideas, some of which led to what you saw in Thor: Ragnarok, Infinity War and Endgame, and some of which would still be cool to see someday,” he teased, seemingly confirming a future for the Jade Giant in the MCU moving forward.

Why Has He Never Made A Cameo Appearance In The MCU? 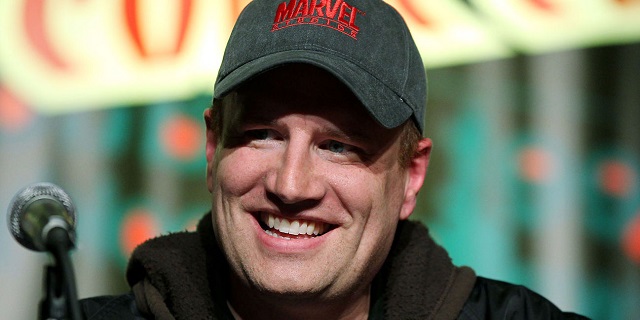 Marvel Studios President Kevin Feige is credited with essentially creating the Marvel Cinematic Universe so why has he never popped up in the background of one of the Marvel Studios movies?

Can He Explain Those Conflicting Stories About Captain America? 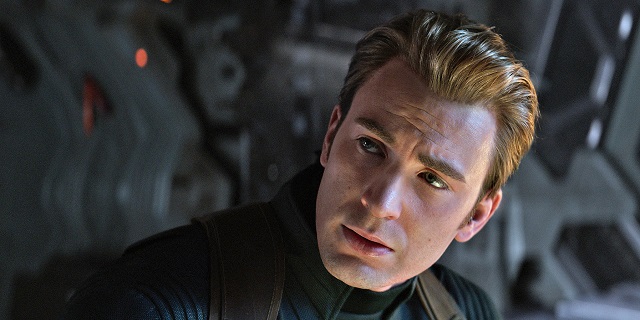 In recent weeks, the Russo Brothers have said that Captain America lived his life out in an alternate timeline before returning to the main one, while the writers claim he went back in time and fathered Peggy Carter’s children in the world we know of. Asked he can provide a definitive answer about what happened, all Feige would give was a simple “Yes.”

So, yeah, it definitely feels like we’re getting another Captain America adventure in the MCU…

Which Characters Is He Excited To Bring To The MCU? 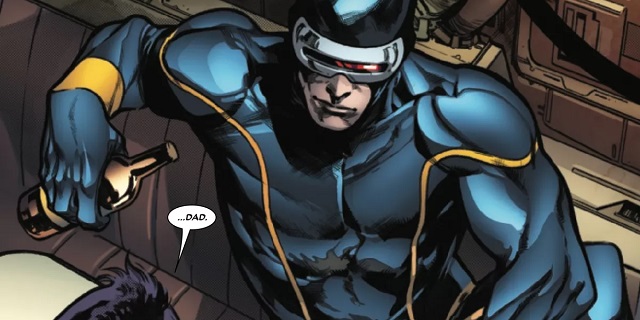 It didn’t appear as if Feige was willing to divulge too much about the the arrival of the X-Men and Fantastic Four in the MCU during this Q&A, but he did strongly indicate that there are some characters he can’t wait to get his hands on. “I never play favorites, but there are many Marvel characters that I’ve loved for many years that are heading to the MCU soon, but I can’t be more specific than that.”

As for what he has planned moving forward, he teased: “We usually work with a specific 5 year plan at any given point but often have a general plan that extends much, much further.”

Are There Any Comic Book Storylines He Deems “Unfilmable”? 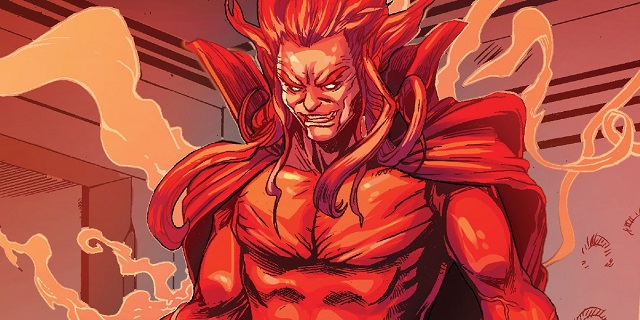 “Everything is filmable nowadays,” Feige explains. “It’s about finding the most resonant character stories to bring to the big screen.” As for whether doing his job has changed the way he read and enjoys comics, he adds: “Not really, I still like to read the comics every week from a fan’s point of view.”

That’s awesome to hear and just goes to show that he’s keeping on top of, well, everything.

What Is His Favourite DC Comics Movie? 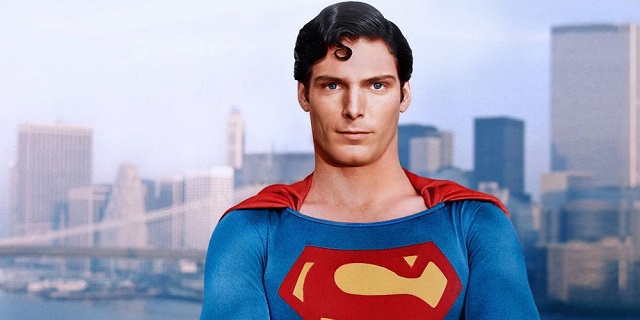 While it would be easy to lord the success of the Marvel Cinematic Universe over the DC Extended Universe’s struggles, Feige has always spoken positively about what the Distinguished Competition is getting up to. So, which of the many DC Comics adaptations does he consider to be his favourite?

“Richard Donner’s Superman 1,” he reveals, echoing the thoughts of many fans out there.

What Lessons Did He Learn From His Pre-MCU Career? 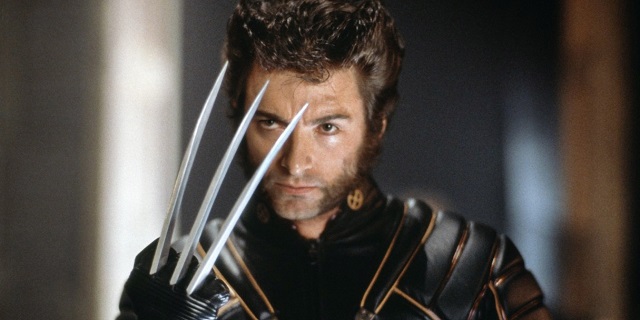 Before establishing the Marvel Cinematic Universe with Iron Man, Kevin Feige worked on a number of Marvel movies, starting with X-Men way back in 2000. Asked what lessons he learned from those, he provided some insight into what’s made the MCU so successful. Pay attention, Hollywood!

Will The Iron Rings Or The Mandarin Ever Return? 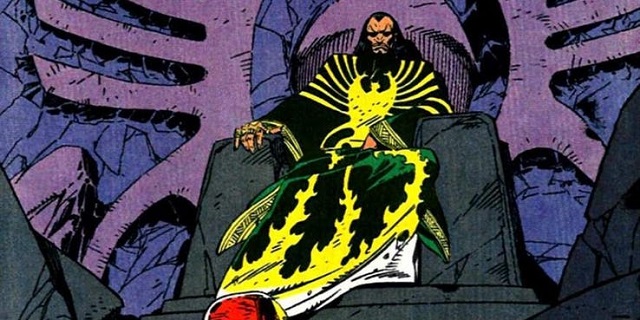 Recently, there have been rumblings that Shang-Chi will find a way to incorporate The Mandarin (the real one) and the Ten Rings. Asked if there are plans in place for either of those to be touched on in the MCU moving forward after the Iron Man franchise failed to really delve into it, all Kevin Feige would say is “Yes.” Take that as you will, but it sounds like fans of the villain will finally be happy.

How Long Were Infinity War And Endgame In The Works? 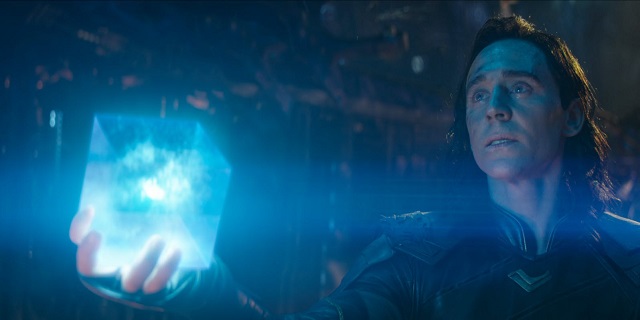 Avengers: Endgame served as a perfect finale for the first three Phases of the Marvel Cinematic Universe, but was that really always the plan? “We started discussing how to adapt the Infinity Gauntlet comic soon after the release of the first Avengers,” he confirms. “It was on one of our creative retreats about 5 years ago that we decided to do it as two films.”

“We started to crack the specifics of the story during production on Civil War with Chris Markus and Stephen McFeely, Joe and Anthony Russo, in a conference room as we went back and forth between takes.” How cool would it have been to be a fly on one of those walls? 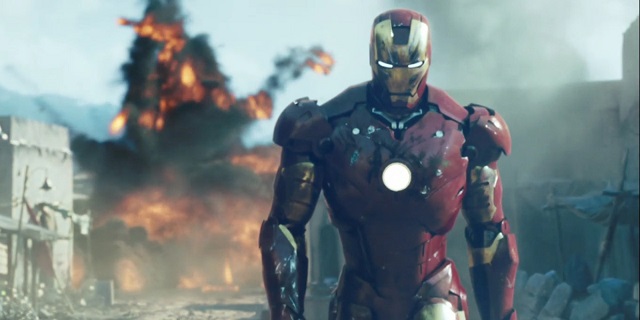 The Marvel Cinematic Universe has been a fantastic source of memes over the years but of the countless GIFs, images, and videos out there, which is the Marvel Studios President’s favourite?

Will The One-Shots Ever Return? 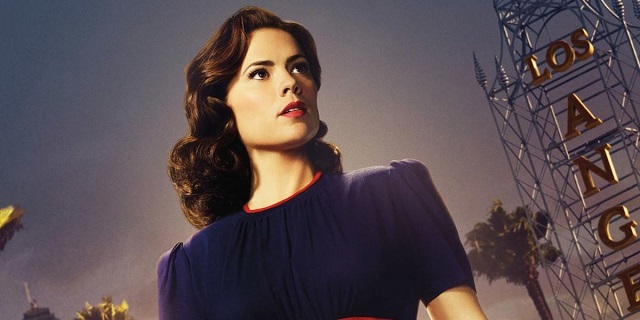 When one fan praised the Marvel One-Shots which have seemingly become a thing of the past, Feige talked about how much he enjoyed fleshing out other characters and added that, “It’s tremendously exciting that we now have Disney+ series where we get to do that on a grand scale with many of the characters you know and love.”

He also assured fans that the Disney+ TV shows will be set firmly in the MCU, linking up to what we see on the big screen in the process (unlike shows such as Agents of S.H.I.E.L.D. and Daredevil).

Are There Plans For More “Forgotten” MCU Characters? 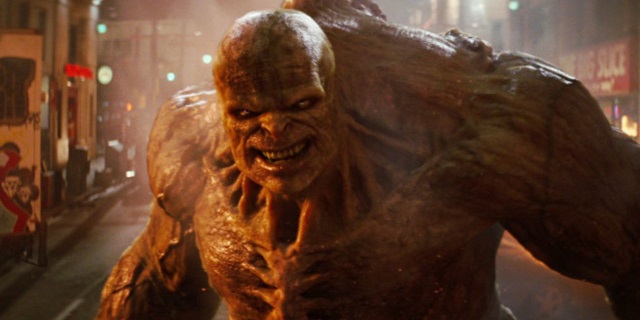 Asked if there are plans in place for “previously forgotten” characters like The Leader, Abomination, and Justin Hammer, Feige responded: “I’m not sure I’d call them forgotten characters but I love bringing back characters people think they’ve seen the last of. For example, General Ross and Harley.”

Whether that means we’ll see more of them is obviously impossible to say for now.

And Now, The Big Question: How Many Hats Does He Own? 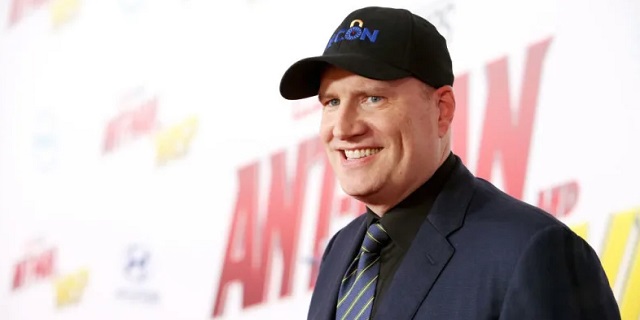