You Are Here Home Comicbook Movie LOKI: The Signs Are Pointing To The God Of Mischief’s Disney+ TV Show Getting A Second Season
Loki is expected to arrive on Disney+ next Spring but it sounds like Marvel TV Studios is already looking ahead to what comes next. According to a new report, the actors brought on board in both leading and supporting roles have options for a possible second season written into their deals and while that’s a standard practice in television, it could be a sign that more episodes are coming.

It’s worth noting that the limited liability company Disney formed for Loki is called “Loki: Limbo Productions I LLC.” The inclusion of the “I” (the Roman numeral for the number one) points to this potentially being the first chapter in a much larger story but time will tell on that front.

Murphy’s Multiverse also reports that there have been rumblings behind the scenes about the potential for a second season so the future is definitely looking bright for the God of Mischief.

If those rumours about the female and kid versions of Loki being introduced are accurate, then a second season could very easily move the spotlight away from Tom Hiddleston’s version of the character. Either way, it’s becoming clear that Marvel Studios’ small screen plans on Disney+ are bigger than any of us could have possibly imagined.

What are you guys hoping to see from Loki on Disney+?


Hit the “View List” button to find out who we think could
end up being Valkyrie’s Queen in Thor: Love and Thunder! 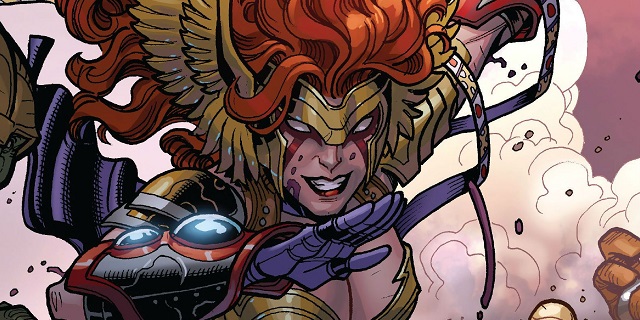 Despite first appearing in Todd McFarlane’s Spawn, a legal battle between him and Neil Gaiman resulted in the latter winning and selling the rights for the character to Marvel. Angela was then introduced as Thor’s long lost sister and an inhabitant of a tenth realm known as “Heven.”

It should be easy to see how that could be incorporated into Thor: Love and Thunder, and a subplot with Valkyrie travelling there for any number of reasons could be how she and her future Queen meet! While her comic book adventures quickly lost steam, there’s a lot of potential for Angela on the big screen and Waititi could also do an awful lot with the hero in terms of visuals. 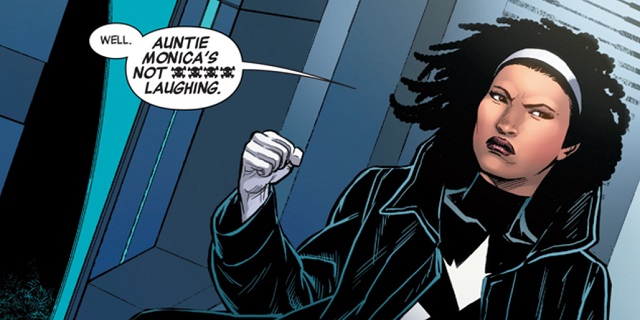 We met the young Monica Rambeau in Captain Marvel, and Teyonah Parris will play an adult version of the character in WandaVision. Assuming she gets powers there, Monica could easily make the leap to the Thor franchise, possibly as someone sent to investigate what’s going on with New Asgard (the prevailing theory is that she works for the government in some capacity).

From there, romance could easily blossom between these two uneasy allies, and it would certainly be an interesting way to give Monica a much larger role in the MCU moving forward. 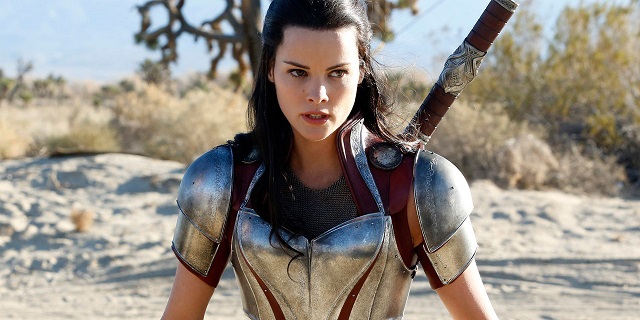 The last time we saw Sif, she was pining for Thor and dropping off one of the Infinity Stones with The Collector. She’s been M.I.A. since then and fans are desperate to see her return to the MCU.

While she was seemingly straight the last time we saw her, who knows what Sif has been through since then, and her coming out and realising she’s gay could be a really interesting and very topical subject for Marvel Studios to tackle in Thor: Love and Thunder. Valkyrie and Sif would make for one hell of a power couple and an undeniably formidable duo. 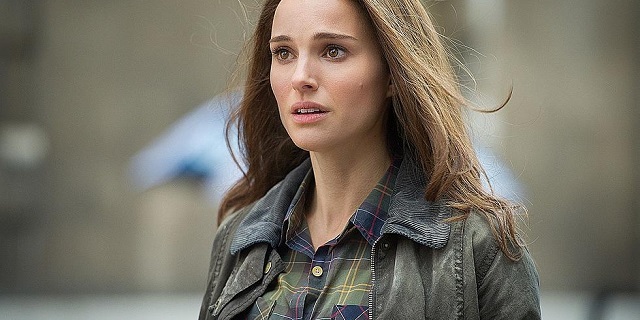 Bear with us here, as this is definitely something we could see in the movie. As of right now, we don’t know for sure if the film will delve into Jane Foster’s battle with breast cancer, but despite her condition, soon after she transformed into Thor in the comics she embarked on a relationship with Sam Wilson.

With that in mind, who’s to say she couldn’t find romance with Valkyrie? Again, she’s a woman who’s previously had a romantic interest in men, but that doesn’t mean she can’t be open to dating a woman! From a comedic standpoint, it would be great seeing Thor’s reaction to this! 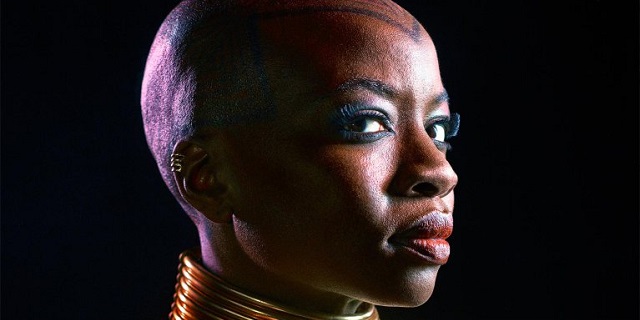 Okoye is definitely one of the Marvel Cinematic Universe’s breakout characters, and fans want to see more of her on the big screen moving forward. While that will undoubtedly happen in Black Panther II, who’s to say that some sort of trade deal between Wakanda and New Asgard couldn’t be established in Thor: Love and Thunder?

Regardless of how the two nations come together, it would be fascinating to learn more about Okoye’s personal life – but is she really going to be open to being anyone’s Queen? She’s such a strong character, it seems doubtful, but it would be fun seeing her and Valkyrie going on a date! 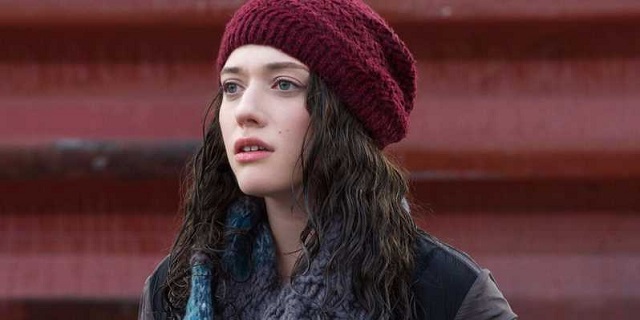 Kat Dennings’ Darcy will return to the MCU for the first time since 2013’s Thor: The Dark World when she appears in WandaVision. Another character whose personal life has remained off screen, it would be a lot of fun seeing her re-enter the God of Thunder’s world alongside Jane Foster and striking up an unexpected connection with Valkyrie in the process.

This would definitely be a very unexpected relationship, but Darcy is a character with a lot of fans and it would be nice to see her used as more than just comic relief if she returns here. 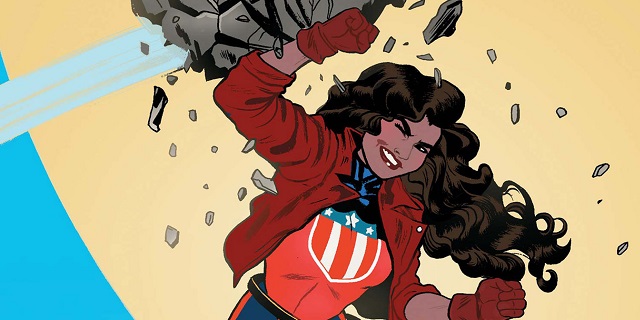 There have been rumours for a while now that America Chavez is coming to the MCU, and it’s something that has fans seriously excited. One of the most powerful characters in the Marvel Universe, she also has the ability to hop between realities and is a member of the Young Avengers (a team who are reportedly on their way to this shared world).

Miss America is also openly gay. It’s hard to say how she could find her way on to Valkyrie’s radar, but this is a couple whose dynamic it would be fun to explore. 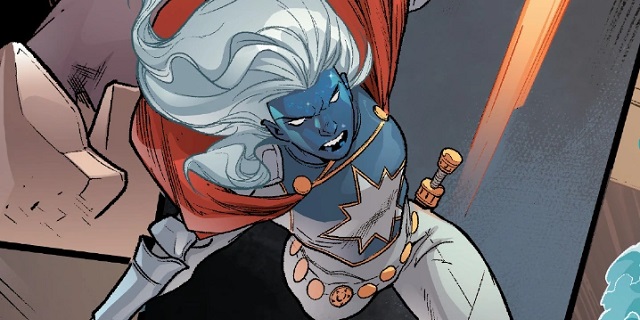 Part-Kree and part-Titanian, Phyla-Vell is the daughter of Mar-Vell, a.k.a. the original Captain Marvel. That character was gender-swapped in the MCU but that doesn’t mean she couldn’t have been Phyla-Vell’s mother! One of the most powerful characters in the Marvel Universe, her arriving in this shared world would be a great way to tie current events into Captain Marvel.

She’s been a member of the Guardians of the Galaxy and once held the Captain Marvel moniker, and has also gone by the Quasar name in recent years. Waititi could do a whole lot with this hero in Thor: Love and Thunder and she would undoubtedly be a good match for Valkyrie. 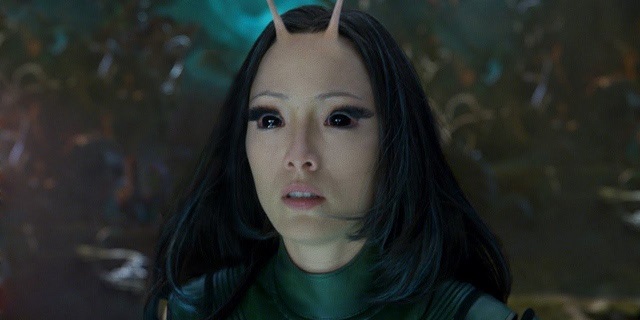 Thor became a member of the Guardians of the Galaxy at the end of Avengers: Endgame, and it’s safe to assume he’s visited New Asgard with his fellow team members over the past few years.

During that time, Valkyrie could have easily grown close with Mantis, and while they would definitely make for something of an odd couple, something tells us this relationship could be a lot of fun. 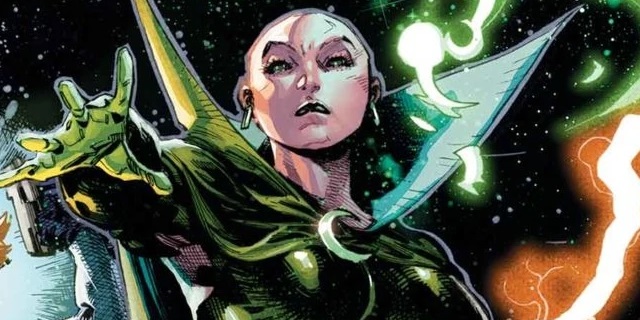 In the comics, Drax was a human who ended up being reborn as an alien, and Heather Douglas was his daughter in that previous life. She went with him on a number of cosmic adventures and later became a member of the Guardians of the Galaxy, so it’s easy to see how the hero could fit into the MCU (especially as rumours are pointing to Drax meeting his daughter in Vol. 3).

Another openly gay character in the Marvel Universe, the timing may not work here as the threequel is likely to come after Thor: Love and Thunder, but given the God of Thunder’s connection to the Guardians, there are certainly more than a few ways this could end up working.

Who do you guys think would be a fitting choice to be Valkyrie’s Queen in Thor: Love and Thunder? As always, let us know your thoughts in the comments section down below.