Marvel Studios has made stars out of many up and coming filmmakers, including the Russo Brothers, James Gunn, and Taika Waititi. Could Alan Yang be next on their list?

Yang got his start working as a writer and producer on NBC’s Parks and Recreation, and even received an Emmy award nomination in 2015. He would go on to co-create Aziz Ansari’s Master of None, and that Netflix series ultimately did earn him an Emmy. Now, Yang is doing the rounds to promote his movie Tigertail, and it sounds like his impressive track record has gained Marvel’s attention.

During a recent interview with CineXpress, Yang confirmed that he’s met with Marvel Studios about helming one of their films. “I’m really omnivorous, you’ll see. I’ve done comedy, I’ve done drama,” he says. “It sounds funny, but I was meeting with Marvel about directing a movie for them, so maybe we’ll do that down the road.”

We don’t know which project Yang has spoken to the studio about, but most of Phase 4’s movies already have filmmakers at the helm, so they could be looking well into the future here.

With so many delays and Hollywood on hold, though, it would be a long time until we find out.

Which movie do you think Yang would be a good fit for in the MCU? Let us know in the comments!

Hit the “Next” button below to see some concept art
which would have potentially changed the MCU forever!

Valkyrie In Thor: The Dark World 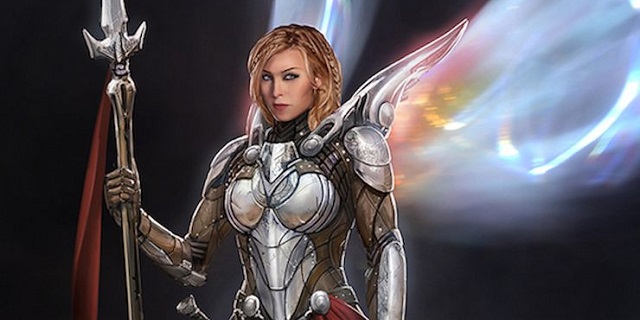 We were first introduced to the MCU’s version of Valkyrie when Tessa Thompson took on the role in Thor: Ragnarok. However, we could have seen the character much sooner in The Dark World!

Details about how she was going to factor into the sequel were never revealed, but Josh Nizzi’s version of the character was definitely more in line with her comic book counterpart. Taika Waititi and Tessa Thompson’s re-invention of the Asgardian was no bad thing, however, but it’s still hard not to wonder about what might have been.

The God of Thunder could have done with some backup when he took on Malekith, but it was an already very busy movie without adding yet another major comic book character to the mix. 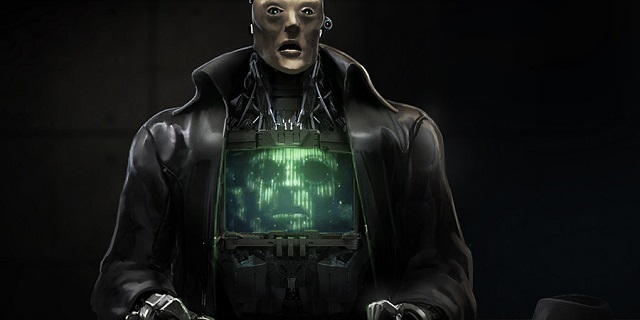 Ant-Man kicked off with a flashback to Hank Pym’s decision to leave S.H.I.E.L.D. behind him, and it was during that sequence we got to see past versions of characters like Howard Stark and Peggy Carter. However, there was very nearly another founding member of the spy organisation there.

Arnim Zola died shortly after the events of Captain America: The First Avenger, but as The Winter Soldier confirmed, he uploaded his consciousness into a sophisticated computer system.

As a result, we would have seen that comic book accurate version of Zola in Ant-Man sitting alongside the likes of Howard and Peggy (still manipulating S.H.I.E.L.D. on behalf of HYDRA). This would have been very cool to see, but perhaps Marvel Studios decided it was just too weird?

The Hulk Busts Out 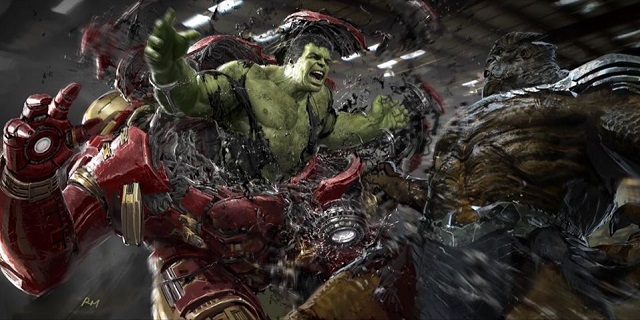 In an earlier version of Avengers: Infinity War, Bruce Banner was finally going to come to an agreement with The Hulk and that was set to lead to the emergence of Smart Hulk in Wakanda.

It wasn’t until the last-minute that reshoots changed this as the Russo Brothers decided that a victory for the Jade Giant like this just didn’t feel right when Earth’s Mightiest Heroes were about to suffer their worst loss to date. As a result, we were robbed of the awesome sight of The Hulk literally busting his way out of the Hulkbuster armour!

Ant-Man And The Vision Switch Sides 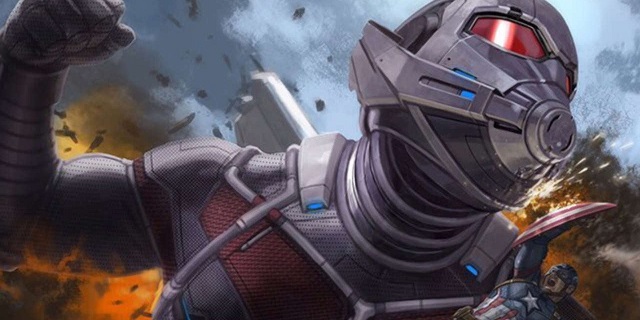 During the early stages of development on Captain America: Civil War, Marvel Studios hadn’t fully decided who was going to be on each side of the divide between Captain America and Iron Man.

Interestingly, an earlier version of the movie would have seen Ant-Man fighting alongside Iron Man, while The Vision was set to be part of Captain America’s Secret Avengers. Ultimately, it was decided that it wouldn’t make sense for Scott Lang to join Tony Stark given everything his mentor Hank Pym had said about him and his father.

As for The Vision, there was obviously more drama to be mined from him being on a different side to the Scarlet Witch given their romantic relationship. What might have been, though, eh? 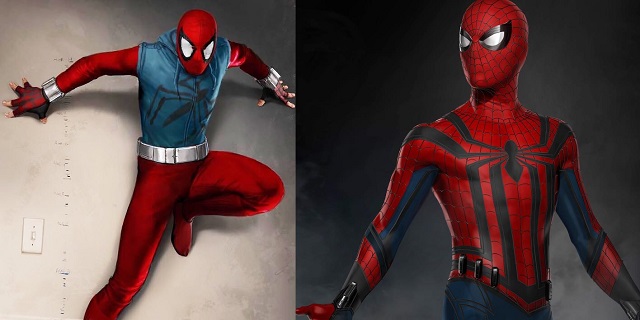 When Marvel Studios was tasked with introducing Spider-Man in the MCU, they were faced with the difficult job of redesigning the web-slinger’s costume. Sam Raimi’s movies stuck closely to the source material, while The Amazing Spider-Man 2‘s suit looked like it had been lifted straight from the comics.

Well, before going with the version created by Tony Stark, Marvel Studios very nearly went with both of the Scarlet Spider’s costumes (a drastic new look for the web-slinger).

As you can see above, Peter Parker’s homemade costume would have been based on the clone’s classic hoodie look, while his final suit was going to be what he wore while serving as the Marvel Universe’s new Spider-Man. This doesn’t mean we were going to see Ben Reilly in the MCU, but using that character as inspiration would have been a clever way to differentiate their version of Spidey.

Thor Vs. The Midgard Serpent(s) 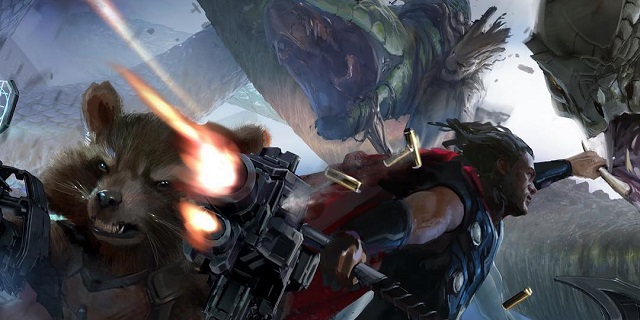 Thor’s subplot in Avengers: Infinity War was a little weird, and Peter Dinklage’s disappointing turn as Eitri really didn’t help matters! However, Stormbreaker’s origin could have been way more exciting. In an earlier version of the film, the God of Thuner was going to be joined by Rocket and Groot in an epic battle with the Midgard Serpent’s children.

According to Marvel Studios Senior Visual Development Artist Rodney Fuentebella, the axe/hammer would have been buried in the head of the fallen monster, and after the God of Thunder retrieved it, he and the Guardians would have had to battle the World Serpent’s children in what sounds like a pretty barmy (and must-see) action sequence.

We don’t know why this didn’t make the final cut, but it’s a damn shame, that’s for sure. 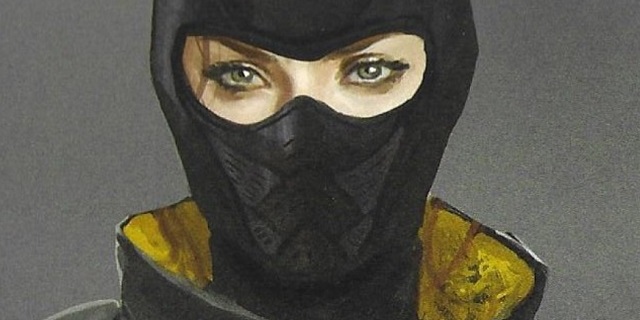 Very little context was revealed regarding this particular piece of concept art, but Hawkeye clearly wasn’t going to be the only one suiting up as “Ronin” in Avengers: Endgame. Whether she did this to track him down or because he was planning to join his mission is sadly hard to say.

Either scenario would have been fun to see, of course, and Natasha Romanoff heading down a similarly dark path had the potential to be an exciting direction to take her down in this sequel.

Ultimately, it’s hard to complain about the story arc Black Widow ended up getting in the movie, but Marvel Studios definitely missed a trick by not further exploring Clint Barton’s time as Ronin. With any luck, that will be something the planned Hawkeye series on Disney+ ends up addressing. 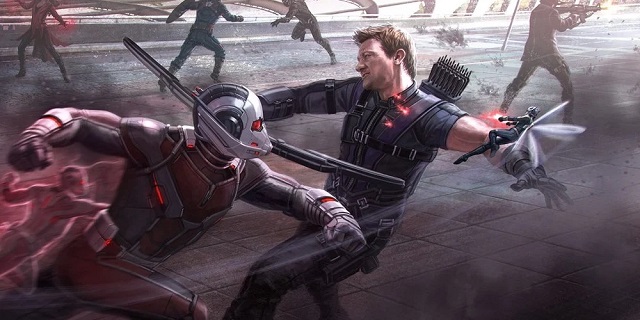 A big part of Ant-Man and The Wasp‘s story was the fact Scott Lang had gone to Germany to fight alongside Captain America without talking to Hank Pym or Hope Van Dyne beforehand.

The latter was particularly disappointed that Scott overlooked her, but there was a version of Captain America: Civil War which would have seen her join the battle against…Steve Rogers? Unless Hawkeye was going to side with Tony Stark, both Ant-Man and The Wasp were clearly going to join Iron Man to fight for the enforcement of the Sokovia Accords.

It’s a real shame that The Wasp was overlooked here, but Marvel Studios clearly decided that her transformation into a superhero was better off being save for the Ant-Man sequel. 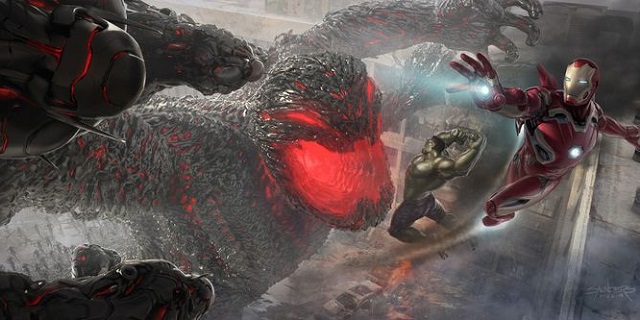 Avengers: Age of Ultron came under fire from some fans for its snarky take on the titular android, but the villain was a worthy addition to the MCU, and someone we’d like to see more of.

Dubbed “Mega Ultron” by concept artist Phil Saunders, it’s hard to say for sure whether this would actually work in live-action, but it might have gone some way in helping Age of Ultron‘s final act feel like less of a retread by pitting another faceless army against the team of superheroes.

Nebula Unleashes The Power Of The Infinity Gauntlet 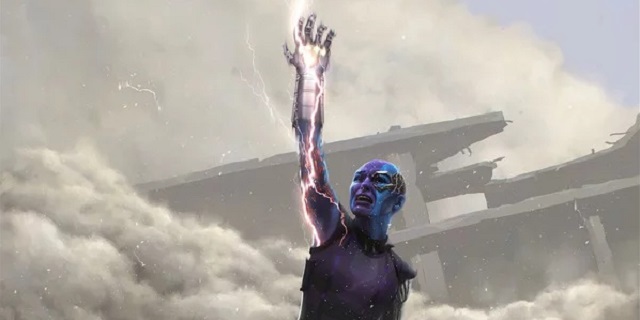 Nebula played a crucial role in Avengers: Endgame, but fans hoping to see the Guardian of the Galaxy be the one to take down Thanos were disappointed. In the Infinity Gauntlet comic book series, she unleashed the power of that titular weapon to restore her original appearance and get revenge on the Mad Titan, but that simply wasn’t something we saw here.

However, this early piece of concept art reveals that the Russo Brothers did briefly consider having Nebula finally get her hands on the Gauntlet to unleash the power of the Infinity Stones.

Given how they were portrayed in the MCU, using them would have likely resulted in Nebula’s death, so it makes sense that this was a moment ultimately scrapped from the movie. In some ways, though, Thanos’ daughter making the ultimate sacrifice to stop him might have made more sense than Iron Man being the one to do so in the final battle.

MAN OF STEEL: Warner Bros. Still Won’t Release A Sequel Starring Henry Cavill, But Why Not?

AVENGERS: Footage From A Canceled 2012 Video Game Has Found Its Way Online

MISSION: IMPOSSIBLE 7 Expected To Restart Production In September & Hopes To Wrap Filming By May

HARRY POTTER Star David Thewlis Reveals That He’s Not In AVATAR 2… But Will Be In 3, 4, And 5