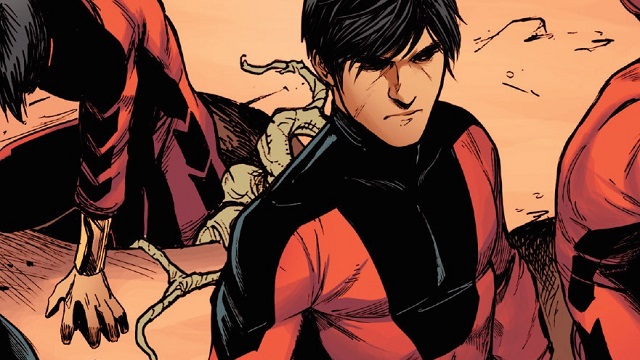 Shang-Chi and the Legend of the Ten Rings is now set to be released on May 7th, 2021 after being postponed as a result of the COVID-19 pandemic. However, while we have longer than expected to wait until we get a first look at the Marvel Studios movie, some possible new plot details have found their way online courtesy of FandomWire.

It’s obviously important to take this all with a pinch of salt, but perhaps the biggest takeaway from the site’s report is the fact that Shang-Chi will be more than just the Master of the Martial Arts in the MCU.

Similar to the comic books, Shang-Chi is going to have the ability to make clones of himself, and it’s those powers which put him on the radar of The Mandarin. Raised in a special orphanage where he’s trained to fight, he ultimately escapes, but falls back into the villain’s clutches years later.

Promising money, power, and most importantly, his freedom if he fights in a tournament for The Mandarin, it sounds like the winner receives the Ten Rings the movie is named after. It’s said that we’ll see a lot of brand new characters in this part of the film, while Iron Man 3‘s big Mandarin twist is also expected to be referenced in some way (here’s hoping we see more of Trevor, eh?).

As expected, Awkwafina is said to be playing Fah Lo Suee, though she’ll be The Mandarin’s daughter and Shang-Chi’s love interest in this movie rather than the titular hero’s sister.

If this is true, then it sounds like we’re in for a fun ride. It’s hard not to get excited about who else could be part of that tournament, and a premise like this for Shang-Chi and the Legend of the Ten Rings feels like a good fit.

As we said, this is just a rumour, but it does leave us with plenty to think about.