Disney Gallery: The Mandalorian often feels a little like a bonus feature on a Blu-ray, but there’s been some fascinating titbits along the way, and this past Friday’s edition focused on creating Baby Yoda.

Discussing how practical effects were used to bring “The Child” to life in The Mandalorian, executive producer Jon Favreau shared some concept art and revealed a series of slightly less adorable takes on the character (one of which is more like “Cartman Yoda,” if we’re being honest).

“[Everything] was about the eyes looking at you and about the ears moving was something I had wanted to try,” he explained (via The Direct). “And we got lots and lots of drawings. Some of them were too cute, some too ugly, some were the wrong proportions.”

“But they were all informing, as we gave notes on each drawing, Dave (Filoni) and I started zeroing in on what it was. And then finally, it was one image that Chris Alzmann did that had him wrapped up in what looked like a piece of flight of jacket…”

That piece of artwork is the familiar one at the bottom of this page, but it’s certainly interesting to see what might have been. We’re definitely grateful for Alzmann’s more adorable take, however! 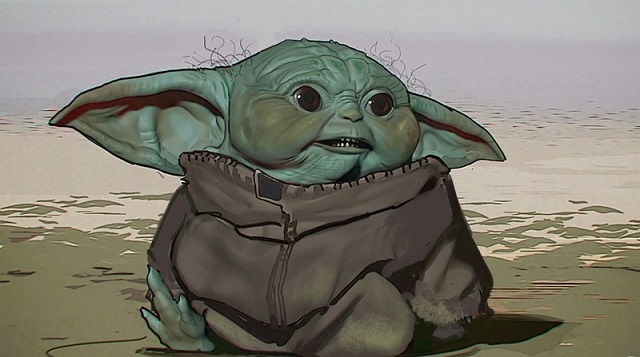 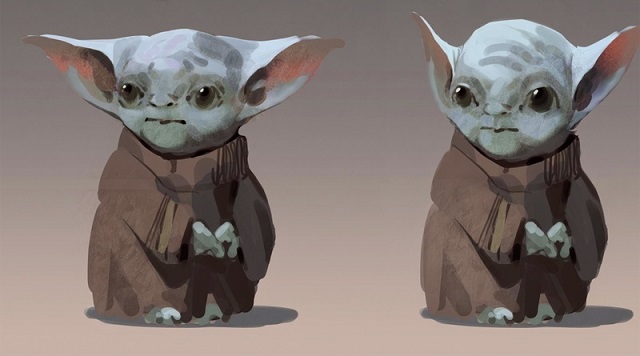 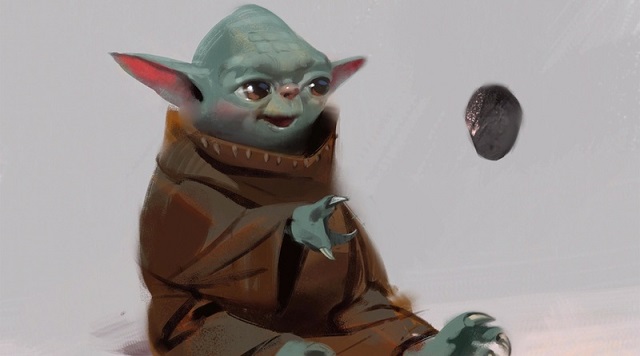 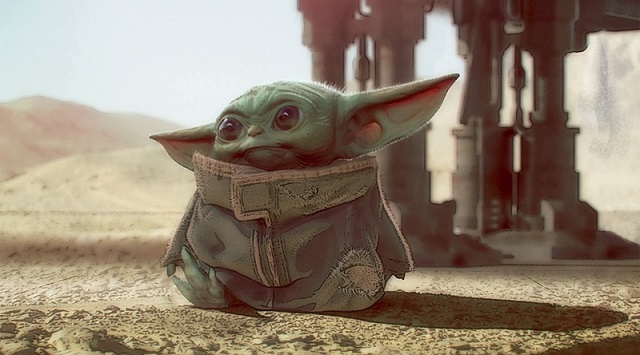