That’s just one of many captions which come to mind seeing this amazing behind the scenes photo from the set of The Mandalorian season two which was shared earlier today by executive producer Jon Favreau. As you can see, Star Wars creator George Lucas was visiting the set of Disney+ TV series and he ended up getting to cradle The Child.

It’s hard to imagine Lucas not being a fan of The Mandalorian as it respects so many of his original ideas and is far more in line with his vision for the franchise than the sequel trilogy.

Season two of the hit series is going to arrive on the streaming service this Fall and after those stellar first eight episodes, it’s fair to say that excitement is at an all-time high right now.

Check out the image below and feel free to share your captions with us in the comments section!

Hit the “View List” button to check out a breakdown of
Colin Trevorrow’s plans for Star Wars: Episode IX!

The Title And Opening Crawl 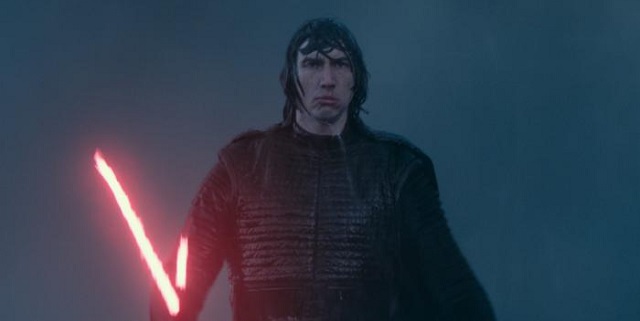 Colin Trevorrow’s Episode IX would have been titled Duel of the Fates, and that’s obviously a reference to the iconic piece of music that played over the battle between Obi-Wan Kenobi, Qui-Gon Jinn, and Darth Maul in The Phantom Menace.

The iron grip of the FIRST ORDER has spread to the farthest reaches of the galaxy. Only a few scattered planets remain unoccupied. Traitorous acts are punishable by death.

Led by GENERAL LEIA ORGANA, the Resistance has planned a secret mission to prevent their annihilation and forge a path to freedom… 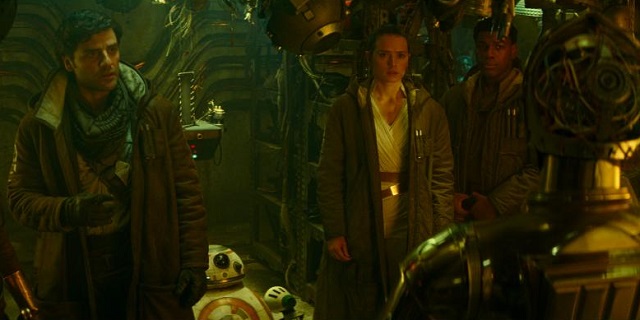 The action would have kicked off at the Kuat Shipyards where Rose Tico and BB-8 were attempting to infiltrate one of the First Order’s ship factories. Finn and Poe also would have been present, and their plan involved destroying the power shaft which supplies raw ore to the factory from the orbital ring below the Moon they’re on.

Unfortunately, things go wrong and the First Order is able to contain the blast. A character named Admiral Vaughn dismisses the Resistance’s tactics as “pitiful,” but the tide soon turns. 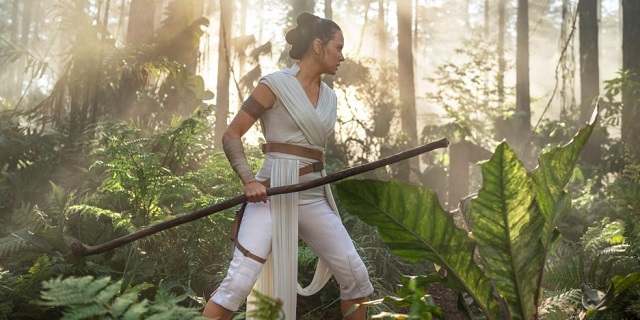 Disguised as a Tusken Raider, Rey reveals her new weapon, a double bladed lightsaber which is a hybrid of her staff and Luke Skywalker’s blade (the one destroyed in The Last Jedi).

A battle ensues and our heroes manage to escape with a Star Destroyer! It’s then that the Knife 9, a ship carrying the Knights of Ren, arrives and one of them kills the Admiral for his failure. 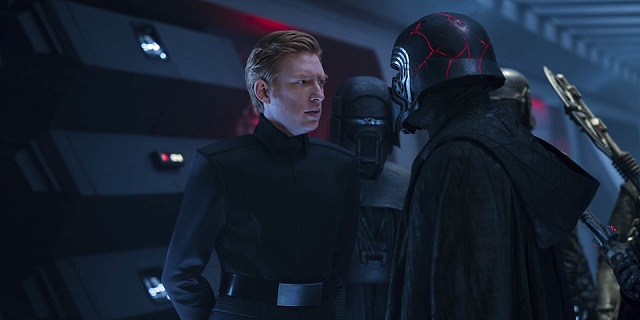 The once vibrant city now looks very different and the planet has become a stronghold for the First Order. General Hux has become Chancellor Hux and the traitor who helped the Resistance steal that Star Destroyer is executed before him.

He then meets with other members of the First order and a variety of alien warlords who are all too aware that there’s a “last Jedi.” This council demands to know the location of Supreme Leader Kylo Ren, but all Hux knows is that he’s searching for something of great power that will help them.

A Haunted Kylo Ren On Mustafar 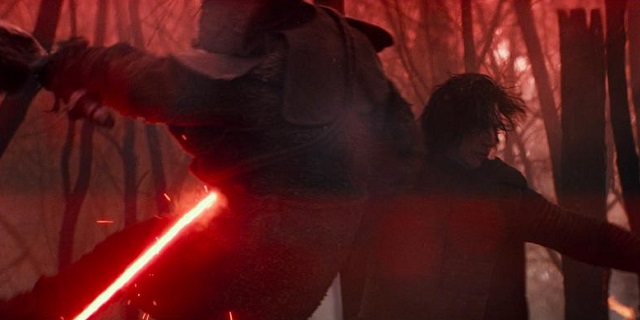 Kylo Ren, who now has stubble, is alone on Mustafar (except for a droid that’s said to be similar to Darth Maul in appearance) and haunted by the Force Ghost of his uncle, Luke Skywalker.

They argue back and forth about Ren’s path leading him to little more than an empty tomb, but the villain vows to become more powerful than any Jedi. It’s then that he finds a Sith Holocron which reveals a message from Emperor Palpatine. It was meant for Darth Vader as a contingency in case Luke killed him. Vader was to take Luke to see Tor Valum, a Sith Master and Palpatine’s teacher.

After the Holocron scans Kylo, it releases red lightning and explodes, burning his face. 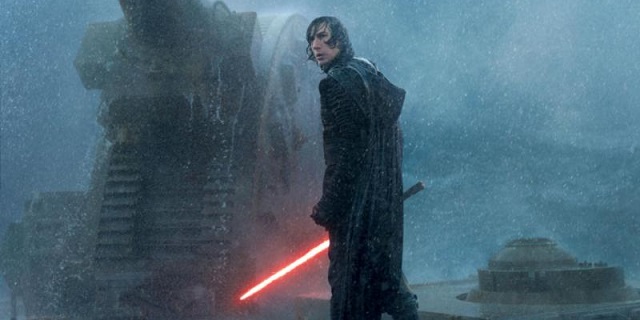 Back at the Resistance base, everyone is shocked to see a Star Destroyer land on the planet, and there’s reportedly a funny moment with Rey using a Jedi mind trick on officers who were still on board.

Talking to Finn, she admits that she’s not sure she has what it takes to be a Jedi, especially when so many people have such high expectations of her. Talk turns to Kylo Ren and she’s unable to explain their connection after telling Finn about her nightmares. He believes that Rey should shut him out as he can’t change, but the Jedi reminds him that Finn is proof it’s never too late to change.

A Plan Starts To Form 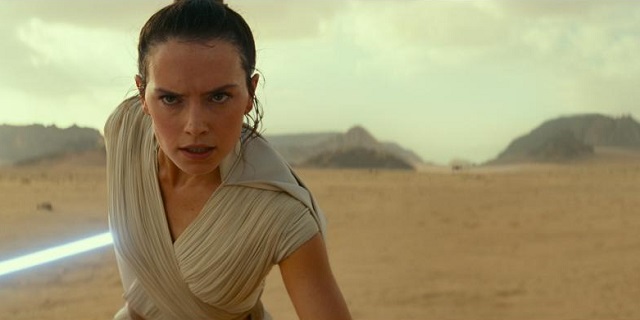 The Star Destroyer could help turn the tide for the Resistance as it still has most of its weapons…they just need an army to use it! Rey, meanwhile, has been studying the Jedi texts from Ahch-To and discovers that there’s a communications system called a Force Beacon beneath the Jedi Temple in Coruscant that could be used to reach out to allies across the Galaxy.

The kicker is that the First Order will be powerless to stop it as it predates even Empire technology. 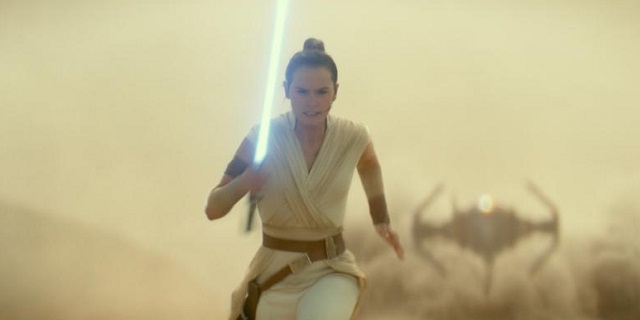 Luke also appears as a Force Ghost to Rey and just as he’s pushing Kylo Ren to embrace Ben Solo, he’s pushing Rey to get stronger. Kylo, meanwhile, has had smelted Mandalorian armour applied to his face (we’re not entirely sure what that means for his appearance) and proceeds to belittle Hux before ordering him to deal with the Resistance while he takes care of Rey.

Rey asks Luke what it means for there to be balance in the force, as “The dark suffocates the light, light extinguishes the dark. Over and over and over again.” She’s clearly doubting herself and Luke can sense that she’s angry; their exchange boils down to him trying to convince her to remain on the path she’s on and not give up on the Force or becoming a Jedi. 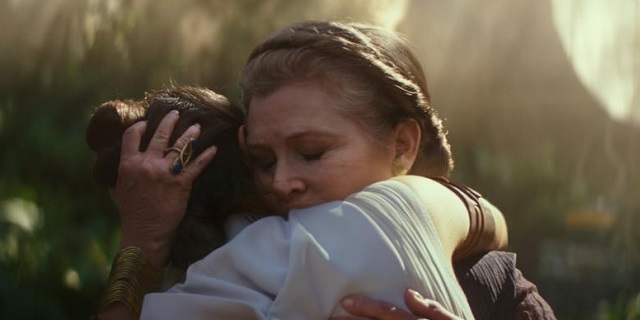 One team (Rose, Finn, R2-D2, and C-3PO) head to Coruscant to light the beacon, while another (Rey, Poe, and Chewbacca) are heading to a planet where Rey is looking for someone to help her figure out what she should do (that’s as specific as this description gets, unfortunately).

Before Rey leaves, she tells Leia – who remains at the base overseeing the Resistance – that she believes there’s still good in Kylo Ren, something even his mother doubts. All Leia wants Rey to know is that her story is her own and that she shouldn’t let anyone tell here what to become. 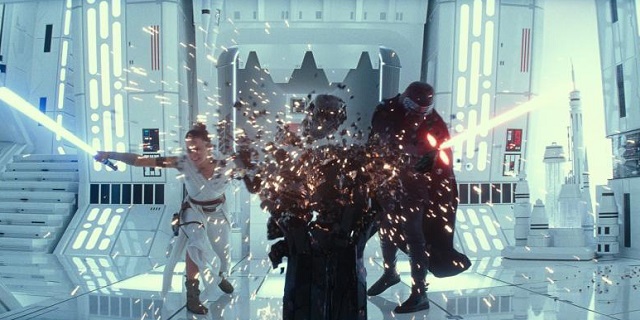 Kylo Ren fully seems to be embracing the Dark Side at this point, taking Darth Vader’s mask and saying he finally understands him now: “You allowed love to cloud your judgement.”

He proceeds to take his grandfather’s helmet and throws it from a balcony, shattering it.

War Is Waged In The Galaxy 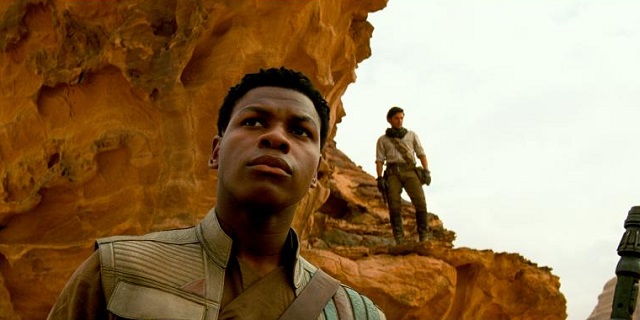 Things start to get a little vague at this point, but the First Order tracks down its stolen Star Destroyer and the Resistance is forced to go on the run. That first team manages to turn on the beacon in the Jedi Temple and we then see people around the Galaxy receiving the signal (including Bossk).

The second team, meanwhile, is being pursued by the Knights of Ren to a planet called Bonadan. 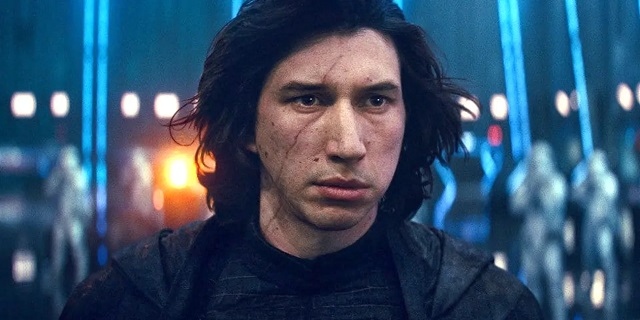 Kylo Ren arrives on Remincore and comes face to face with Tor Valum. He’s an alien of unknown origin who is 7000 years old and reportedly very “Lovecraftian” in appearance. Kylo begins training with him and in a throwback to Empire Strikes Back’s cave scene, Ren comes face to face with Darth Vader and loses what is described as a brutal battle between them.

Poe, meanwhile, has taken Rey to a Seer who is able to pull information from her memories, including a star chart of some sort from her visions with Kylo Ren. The Knights then show up and a lightsaber battle ensues which Rey is ultimately victorious in (even in this version, it seems their role was minimal). 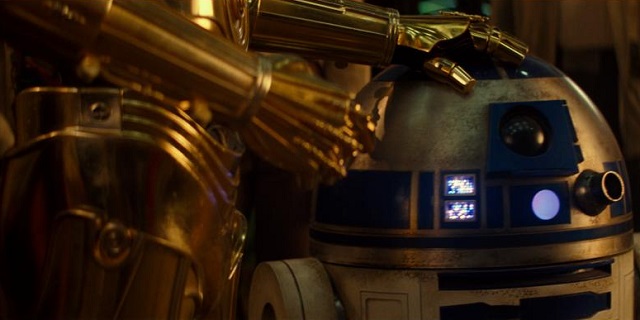 Eventually, Rey and Kylo Ren arrive on Mortis, while Leia recruits Lando to organise the smugglers and take the fight to the First Order. Rose (who reportedly had a much larger role in this film) is captured and tortured by the villains but makes her escape and rejoins her friends.

Finn, alongside R2 and Threepio, manages to start a citizens uprising on the ground on Coruscant. 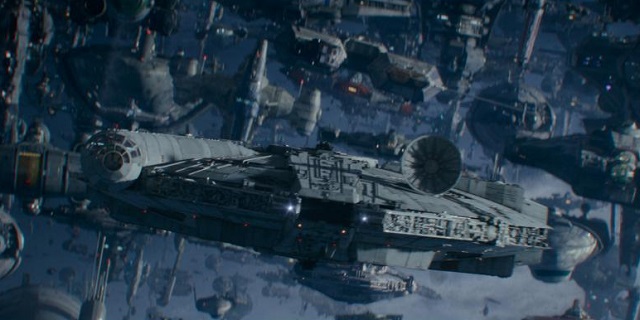 Leia brings her forces to Coruscant for a final battle with the First Order and fights ensue both on the ground and in the sky. Chewbacca ends up flying an X-Wing, which would have been awesome to see (we don’t know why he’s not piloting the Millennium Falcon at this point, though).

While that’s happening, Rey and Kylo battle on Mortis, using Force energy to pull from one another.

During the fight, Ren reveals that he killed Rey’s parents at the behest of Supreme Leader Snoke, before the Force Ghosts of Luke, Obi-Wan Kenobi, and Yoda ultimately appear to try and save Ben but are unsuccessful and he’s ultimately “extinguished.” We don’t know exactly how he dies or what happens to that ancient Sith, but there were clearly no plans for the villain to find any redemption.

The End Of The Skywalker Saga 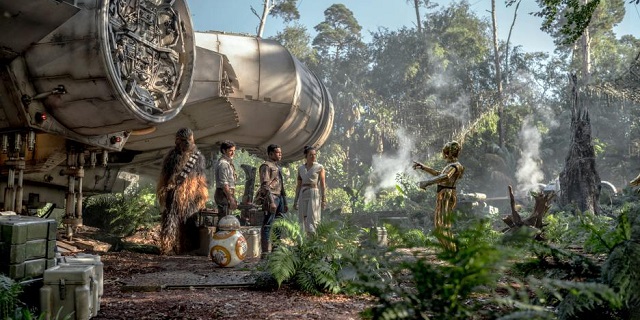 The only other details provided are that the Resistance ultimately win the day, and Harrison Ford still would have made a cameo appearance as Han Solo in order to confront his son.

Hopefully, more details will be revealed soon, but it definitely sounds like it would have been better than The Rise of Skywalker in many ways – and perhaps not as good in a few others…

THE FLASH: Grodd Returns In The New Promo For Season 6, Episode 13 “Grodd Friended Me”