According to Deadline, the studio has already started courting director James Wan to return for the movie and it’s thought that he’ll pick up a significant pay increase due to being the only filmmaker to helm two $1+ billion movies for two separate studios.

However, he is expected to remain part of the Aquaman franchise and while his spokesman says Wan is taking a well-deserved break, studio insiders claim that a deal won’t happen until he has a script in place that he’s happy with. That shouldn’t be too hard for Warner Bros. to come up with, especially if they bring back the same team that worked on the first chapter.

We’ll be sure to keep you guys updated but a deal should start coming together in the coming months and Warner Bros. could easily make an official sequel announcement at Comic-Con this July.

For all the Aquaman Easter Eggs you may have missed,
click on the “View List” button below! 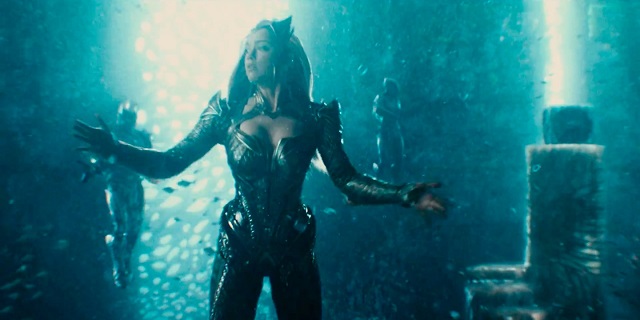 When Atlanna is telling the young Arthur all about the trident, look closely at the coffee table and it seems as if that’s not the only Atlantean relic she’s recreated for the purpose of letting her son know all about where he comes from.

There’s also a small box which is quite clearly meant to be the Mother Box and this would explain who the adult Arthur knows so much about its history when he crosses paths with the like of Batman and Wonder Woman in Justice League. It’s hard to spot but a cool reference to the wider DCEU.

A Nod To The Man Of Steel 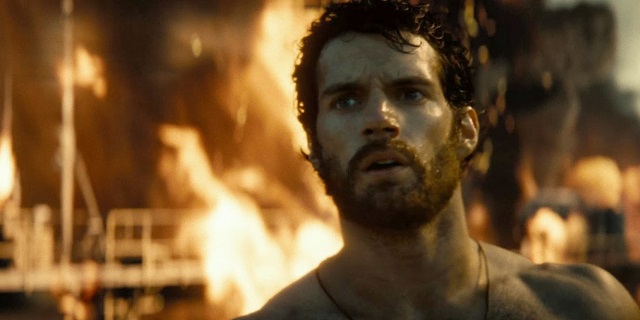 When Orm is talking to Arthur about the sheer amount of destruction the surface world has inflicted on the oceans, we see a number of disasters taking place, including the oil rig from Man of Steel being destroyed and plummeting into the sea after Clark Kent rescued those aboard.

There’s been speculation from day one that the explosion would tie into Aquaman somehow and while Superman clearly didn’t meet Arthur, this is a neat way to link both of the movies. 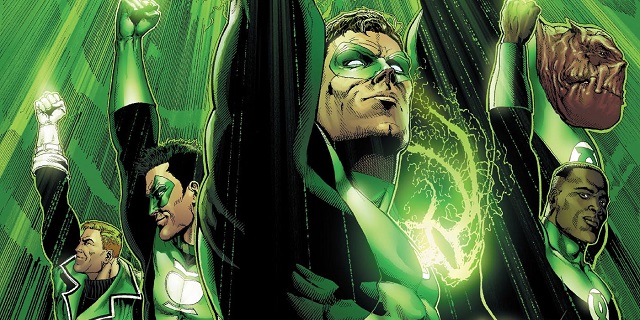 During the movie’s mid-credits scene, a number of newspaper clippings can be seen onDr. Shin’s walls and one of them references Coast City. Why does that matter? Well, it’s the home of Hal Jordan and while this movie doesn’t mention Green Lantern in any way, it’s good to know that his home is now officially part of the DCEU along with the likes of Metropolis, Gotham, and Midway City. 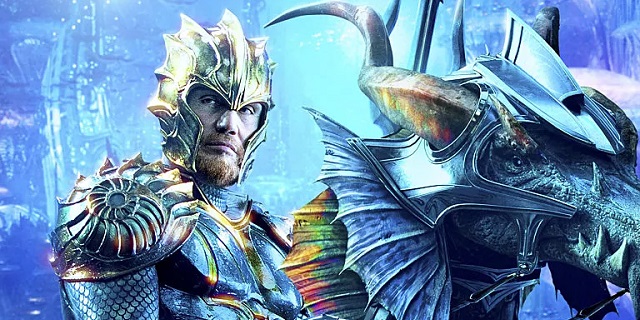 If you’re at all familiar with Aquaman’s cheesier animated and comic book adventures, you’ll be well aware that he’s often been depicted riding a seahorse. That’s made him the butt of many jokes (including during an episode of The Big Bang Theory) but James Wan makes up for that here.

In one of the movie’s coolest moments, Arthur rides on the back of a seahorse but he looks like a total badass while doing so and it’s fair to say that no one will be making fun of him after this. 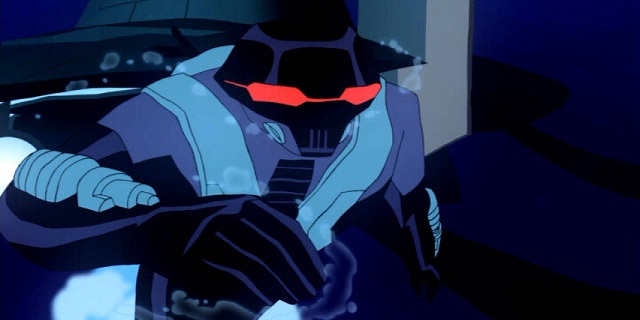 Michael Beach plays Black Manta’s father in Aquaman but did you know that he played the villainous Devil Ray in Justice League Unlimited? Right now, you’re probably wondering who that is but rights issues required Warner Bros. to change Black Manta’s name and appearance when he appeared in the series, hence why Devil Ray was created. I’m not sure if his casting was intentional but it’s cool! 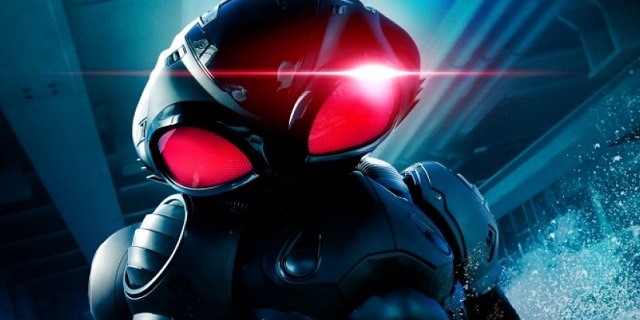 Talking of Black Manta, there’s an awesome moment with the villain when he’s designing his suit that fans will definitely appreciate.

After realising that his helmet needs to be bigger to incorporate the sheer amount of energy coming out of it (which explains why it ends up looking the same way as in the comic books), Manta says something along the lines of, “I’m going to need a bigger helmet.” That’s obviously a reference to the “We’re going to need a bigger boat” line in Jaws and is a very clever little Easter Egg in the movie. 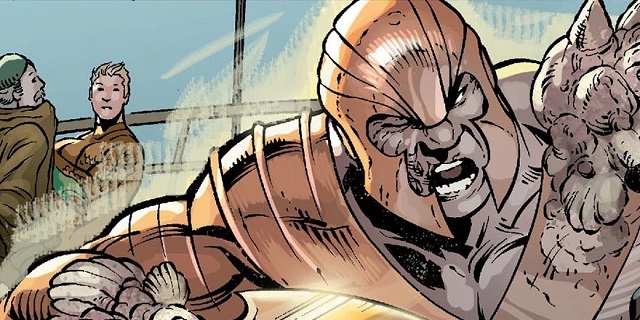 When we meet Murk in Aquaman, he already has the facial scars of his comic book counterpart. However, during a fight with Mera, he loses a hand and that’s setting the stage for this franchise to embrace how he looks in the source material. The villain getting that blade implanted in his stub will look very cool and should come in handy when he seeks out Arthur and Mera in a bid for revenge. 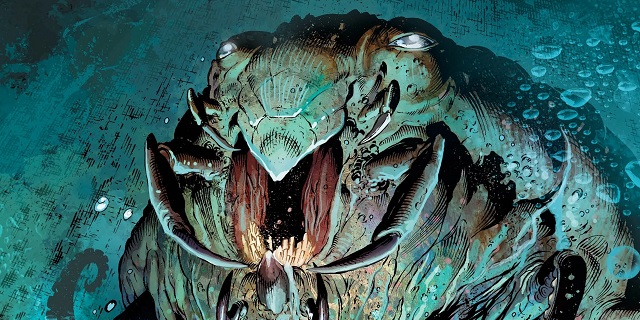 If you’re a longtime Aquaman fan, then you should be familiar with Toto the Octopus.

The octopus first appeared back in the 1960s of a sidekick of sorts for Arthur Curry and while the two don’t cross paths in this movie, we do get to see Topo pounding the drums during the hero’s gladiatorial battle with his half-brother Orm. It’s a crazy (and awesome) moment and one which hopefully sets the stage for these two to embark on some sort of friendship in the series moving forward. 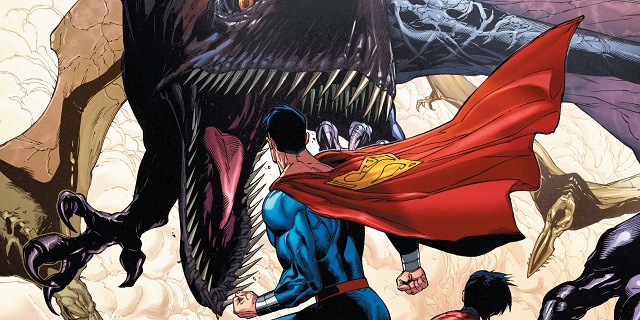 Over the years, various heroes in the DC Universe have paid a visit to Dinosaur Island. While this island – which is also inhabited by dinosaurs – is never referred to by that name, it definitely appears as if they’re one and the same and this was a cool way for James Wan to delve into this world’s history.

Whether or not we’ll ever return there is hard to say (especially given how hard it is to get there) but it would be no bad thing to see someone like Wonder Woman square off with a T-Rex. 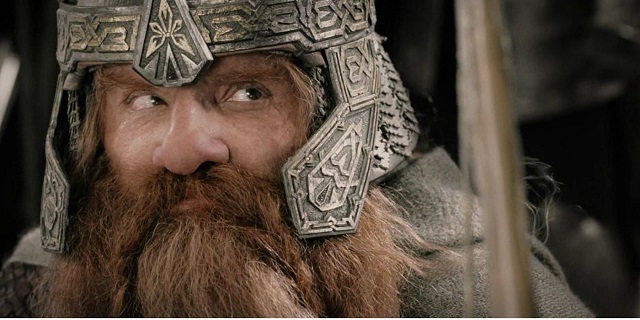 If you paid close attention to Aquaman‘s credits, you’ll notice that The Brine King was voiced by someone who is no stranger to epic battles on the big screen. John Rhys-Davies, who played Gimli in The Lord of the Rings trilogy, stars as the monstrous leader of the undersea creatures.

With any luck, he’ll have a much larger role in the sequel if and when it eventually happens. 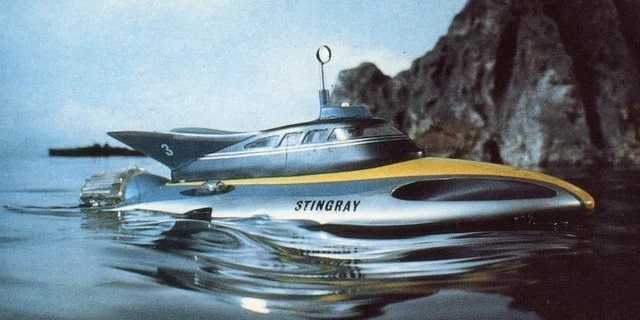 If you live outside of the UK, you may not be all that familiar with Stingray. The series – which was created by the same man responsible for Thunderbirds – can be seen playing on the television in Tom Curry’s living room when he rescues Atlanna and she doesn’t react at all well to see those ships blast through the water (after all, it likely reminds her of somewhere she wants to forget). 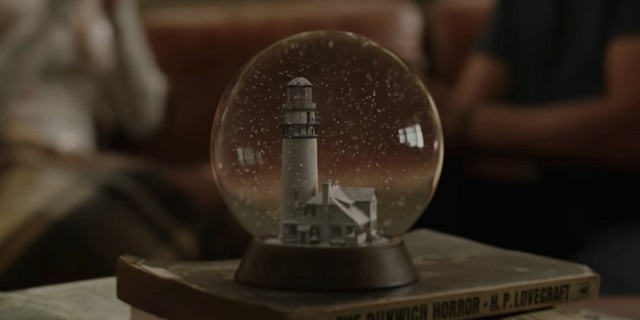 “Put two ships in the open sea, without wind or tide, and, at last, they will come together,” says Arthur Curry during the movie’s opening as he narrates the love story of his parents.

This is a Jules Verne quote and the writer’s work nicely sums up what happens between Aquaman and characters like Orm and Black Manta throughout the course of this adventure. 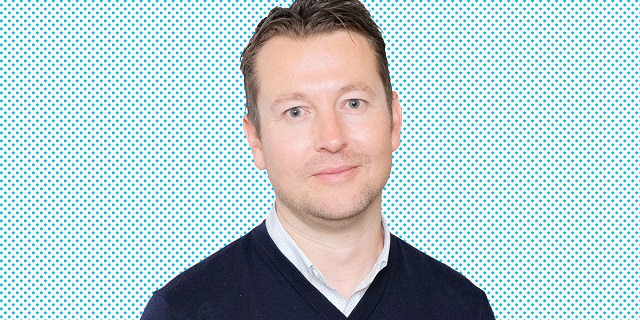 Leigh Whannell helped James Wan create franchises like Saw and The Conjuring and so it’s no surprise that he makes a cameo appearance here. While you may not be familiar with what the writer and producer looks like, he is actually the pilot who is left reeling when Arthur and Mera jump from his plane…without parachutes! It’s a comical scene but one that works really well. 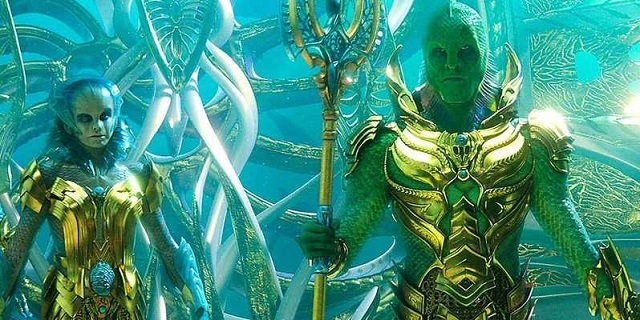 Djimon Housou has appeared in Guardians of the Galaxy and will return to the MCU in Captain Marvel. Before then, though, he’ll be seen with another Captain Marvel when he takes on the role of The Wizard in Shazam! The actor pulls double duty in the DCEU here as he voices the leader of the Fishermen tribe but his part is such a brief one, it’s unlikely to bother fans all that much. 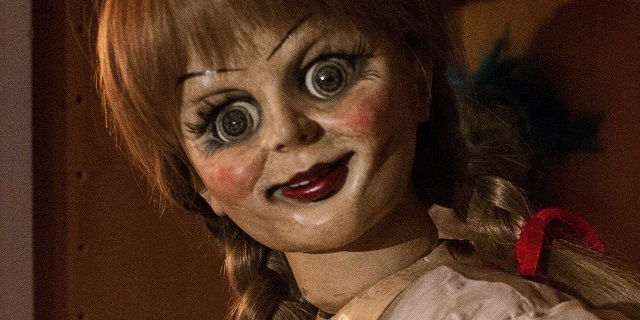 James Wan is no stranger to the world of horror and he served as a producer on Annabelle after introducing the demonic doll in his The Conjuring movies. Well, look closely when Mera goes to retrieve her ship and you’ll notice that the doll can be seen floating among the wreckage.

That may go some way in explaining why all those fish are dead and it’s fun to see the doll make an appearance here even if she is hard to spot (I only found her during a second screening). 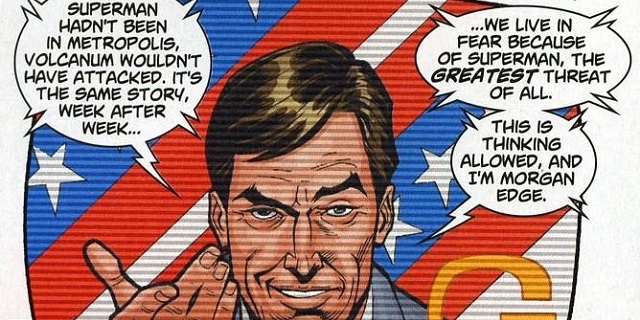 During the bar scene, everyone can be seen watching the news on WGBS. Sound familiar? Well, in the DC Universe, that network once employed Clark Kent as a news anchor and is owned by Morgan Edge, a villain we haven’t actually met on the big screen quite yet. 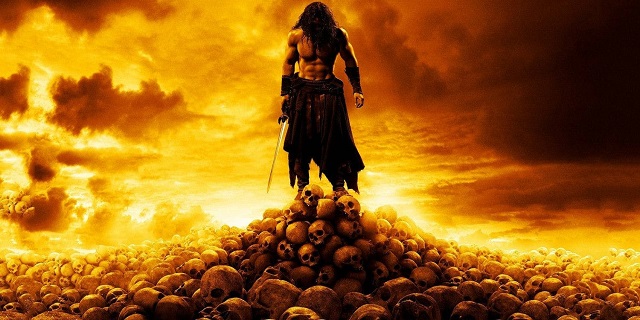 Remember when Jason Momoa played Conan? Well, there appears to be a reference to that movie in Aquaman and that comes when Arthur Curry holds up one of Black Manta’s goons while opening the door that the submarine’s men are hiding out in.

In Conan the Barbarian, it was a severed head that the titular hero had in his hands and this has to be a subtle nod to that.

A Brief Reference To Justice League 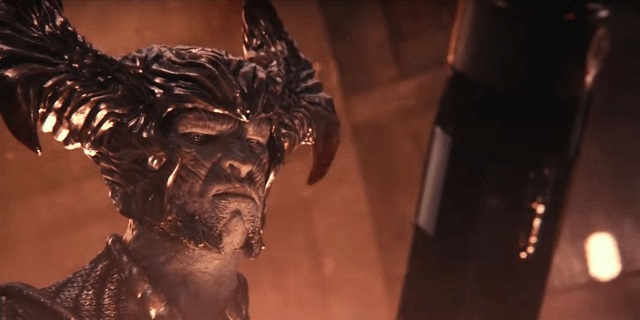 There are no cameos from characters like Cyborg and the Flash in Aquaman but we do get a very small nod to the events of Justice League when Mera mentions that Arthur helped stop Steppenwolf.