In anticipation of Marvel’s Black Widow being released this Spring, Hasbro revealed multiple new items this afternoon including a Marvel Legends Series figure as well as exciting role-play gear.

The Marvel Legends Series figure is also available to pre-order at the retailers listed directly below.

Check out details and images below.

Black Widow gets released May 1, 2020 directed by Cate Shortland starring Scarlett Johansson, Florence Pugh as Yelena Belova, David Harbour as Alexei, aka The Red Guardian, Rachel Weisz as Melina, and it is unknown who is playing Taskmaster.

Inspired by the BLACK WIDOW movie, this NERF POWER MOVES MARVEL BLACK WIDOW STINGER STRIKE NERF DART-LAUNCHER offers exciting MARVEL action and adventure. With this role-play toy, kids can imagine taking a swipe at TASKMASTER and other evildoers! Boys and girls will love pretending to be BLACK WIDOW, holding down the button on the launcher and performing the STINGER STRIKE move to launch a NERF dart! Includes blaster, 3 NERF darts, and instructions. Available at most major retailers.

TASKMASTER is armed with the ability to mimic an enemy’s every move. Imagine the masked assassin TASKMASTER suiting up and carrying out deadly missions with this MARVEL BLACK WIDOW TASKMASTER STEALTH SLASH SWORD AND SHIELD, inspired by MARVEL’S BLACK WIDOW movie. The calculating and formidable TASKMASTER always has a surprise for enemies. Pull the sword from the shield and imagine surprising other combatants in battle! Slide the switch on the shield and it retracts into a gauntlet or opens up. The shield also includes an elastic strap that fits easily on most fans’ wrists. Includes sword, shield, and instructions. Available at most major retailers. 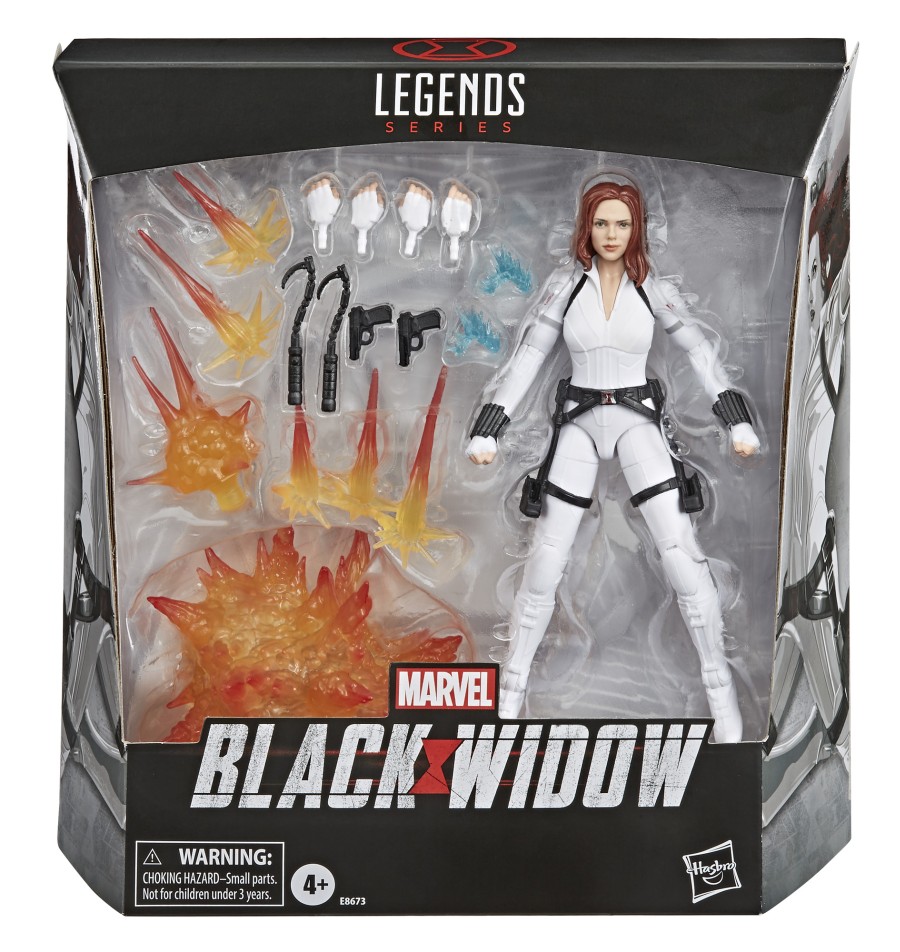 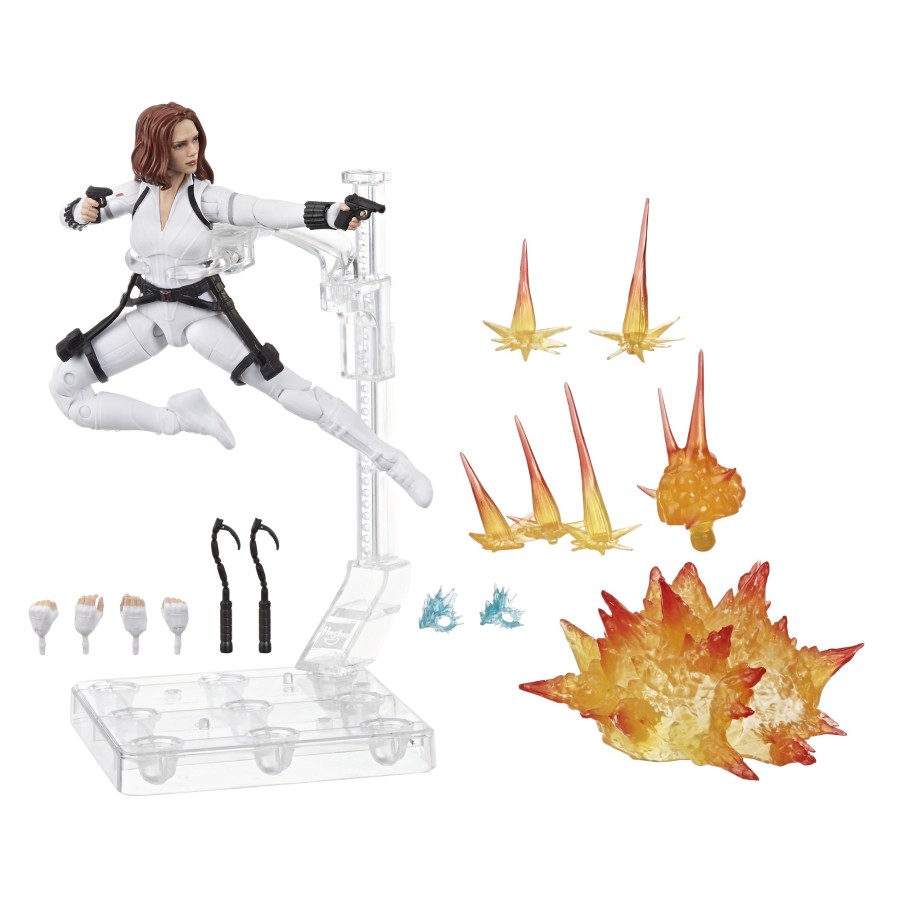 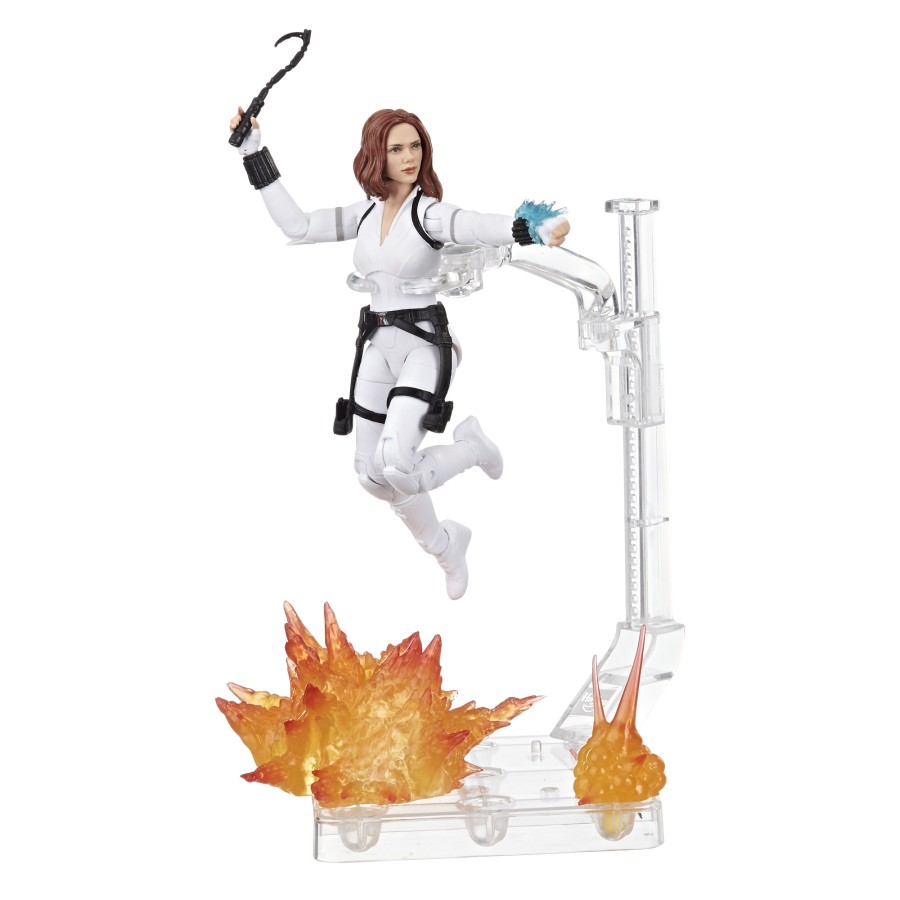 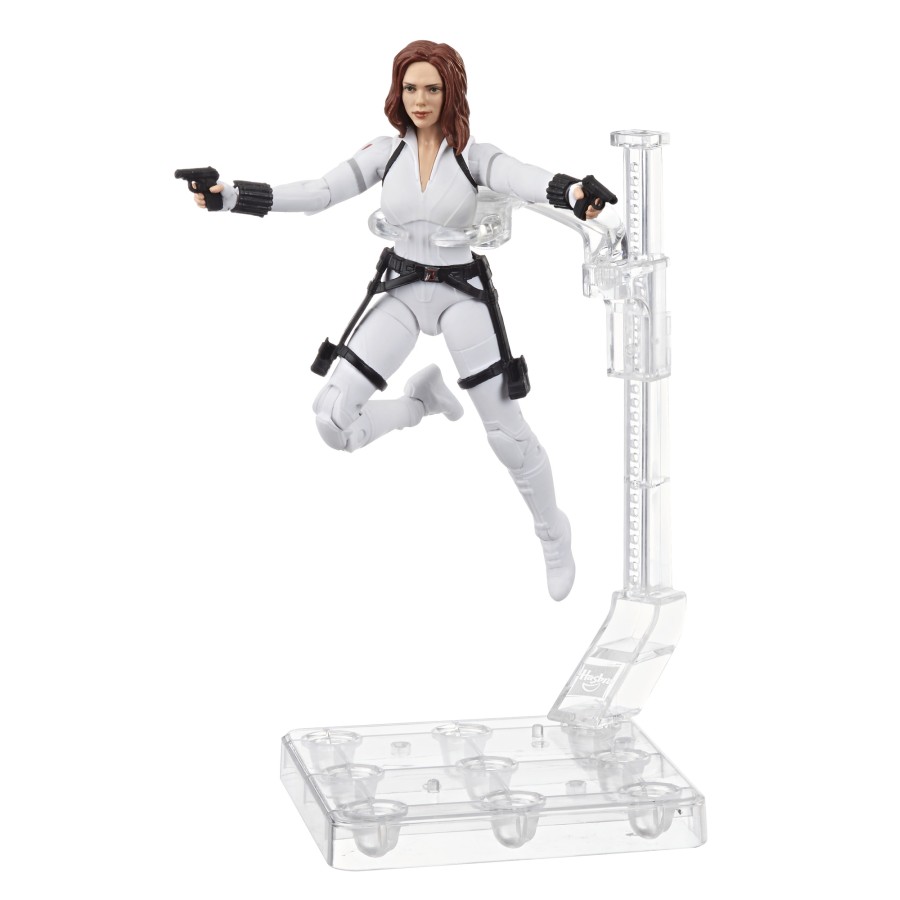 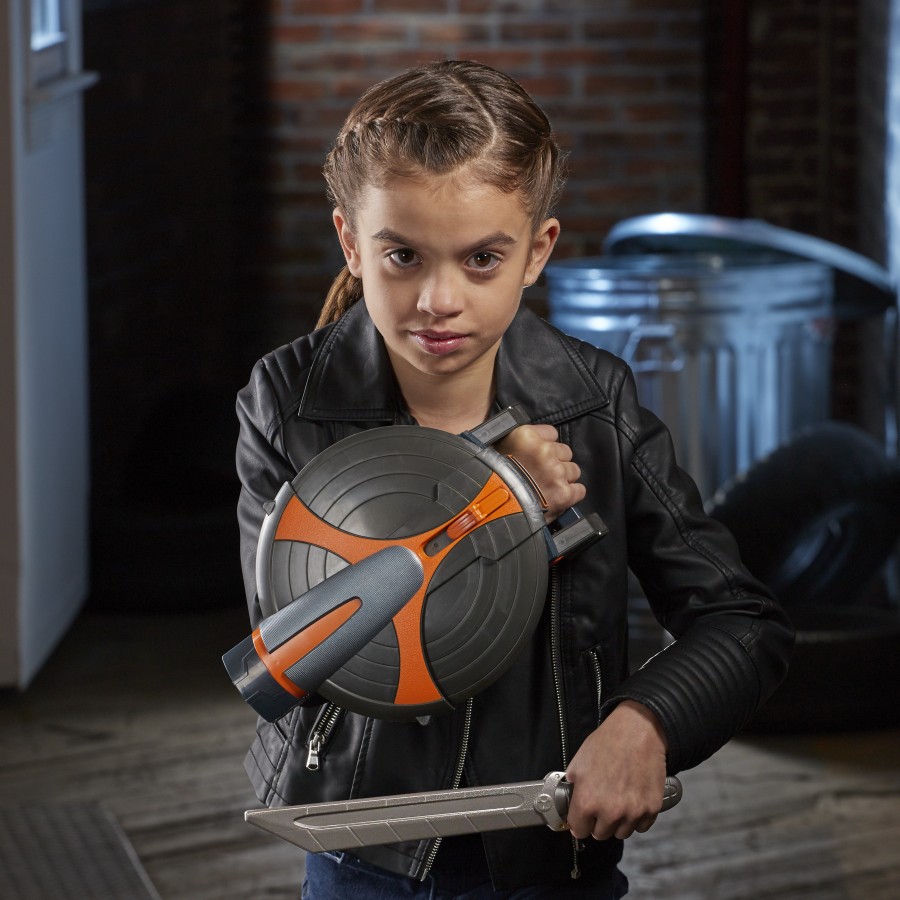 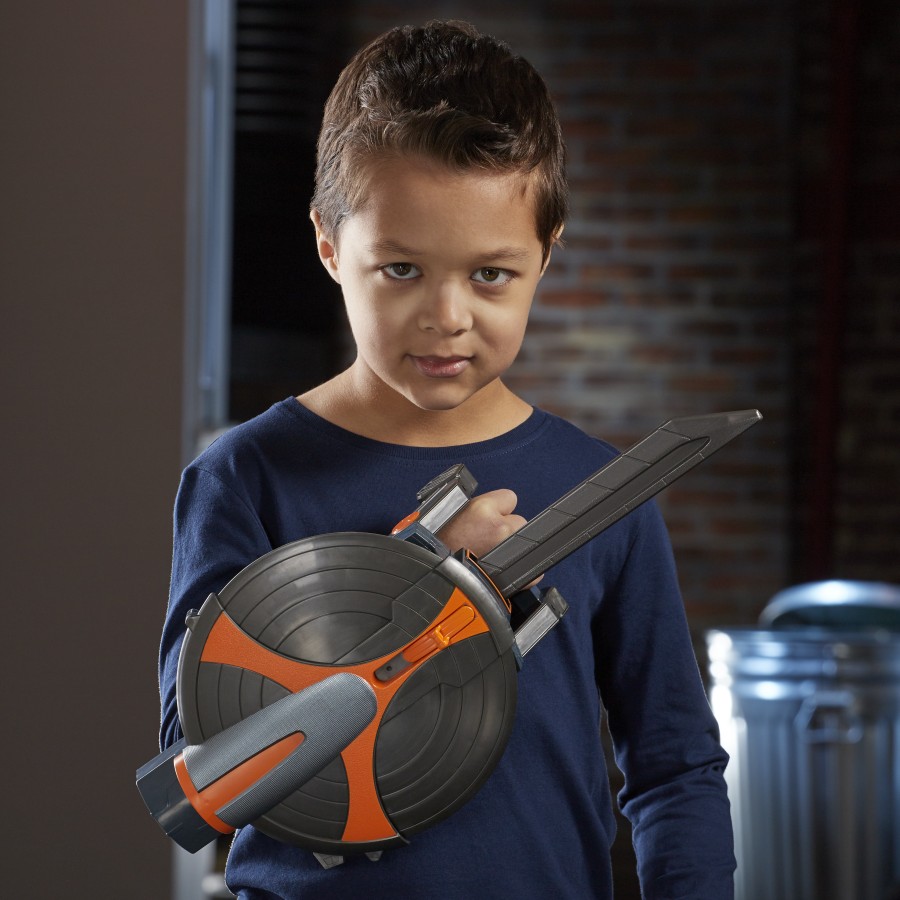 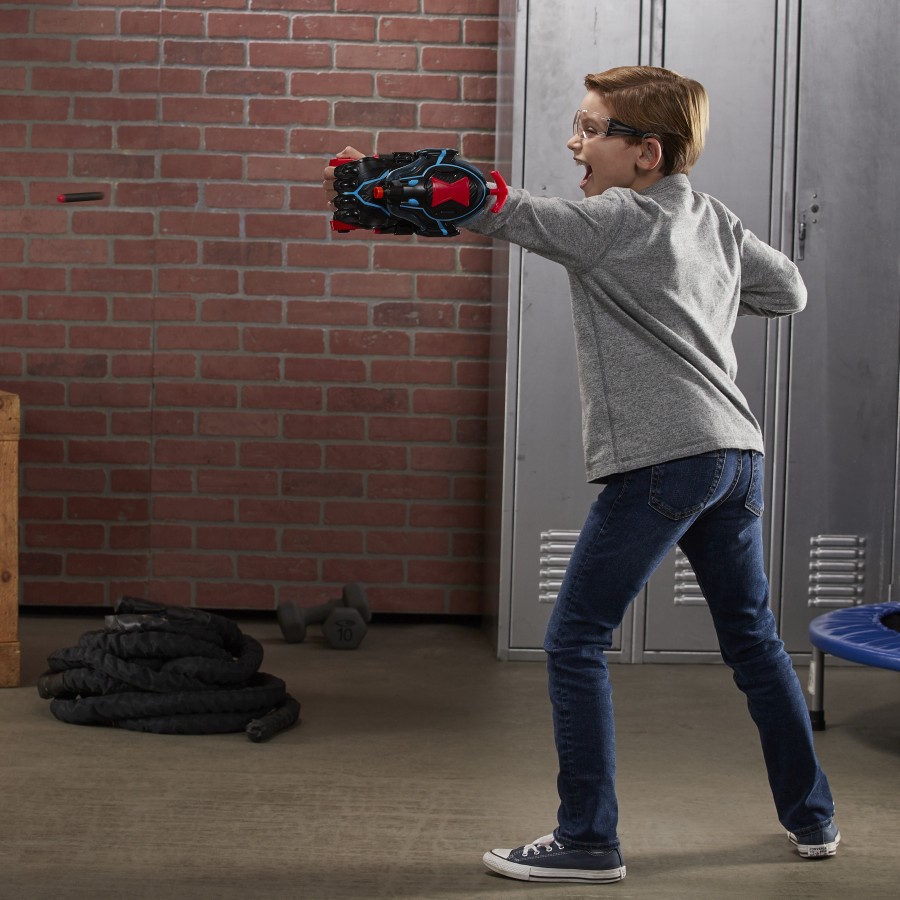 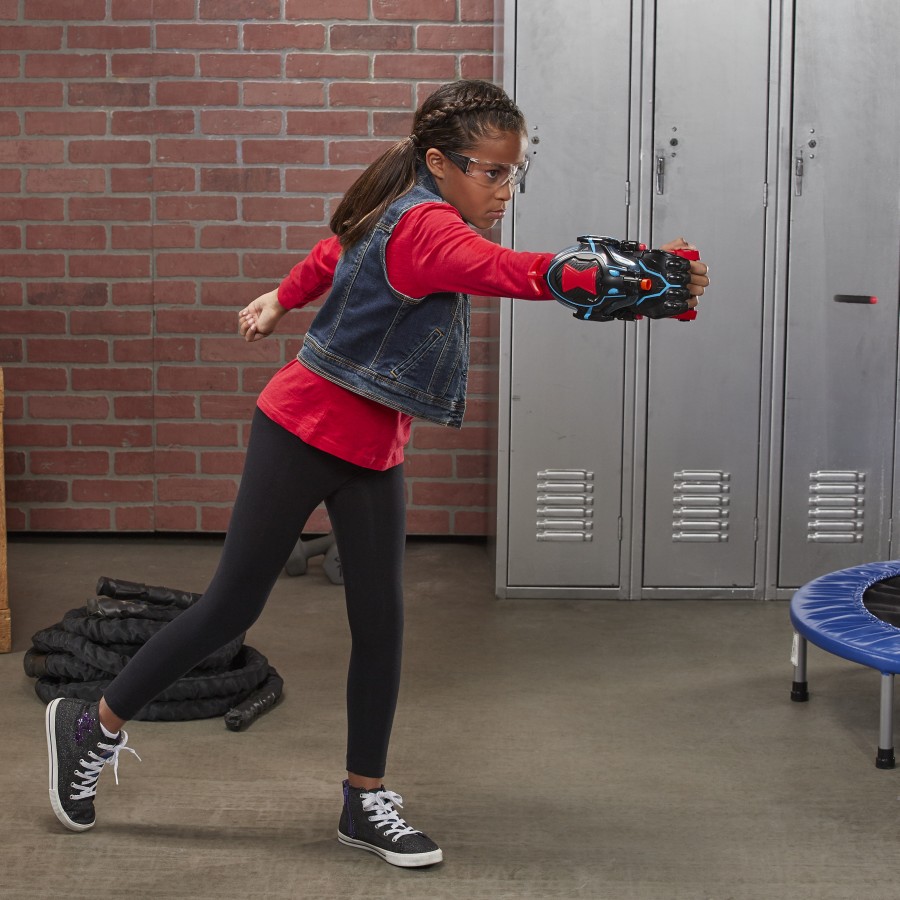 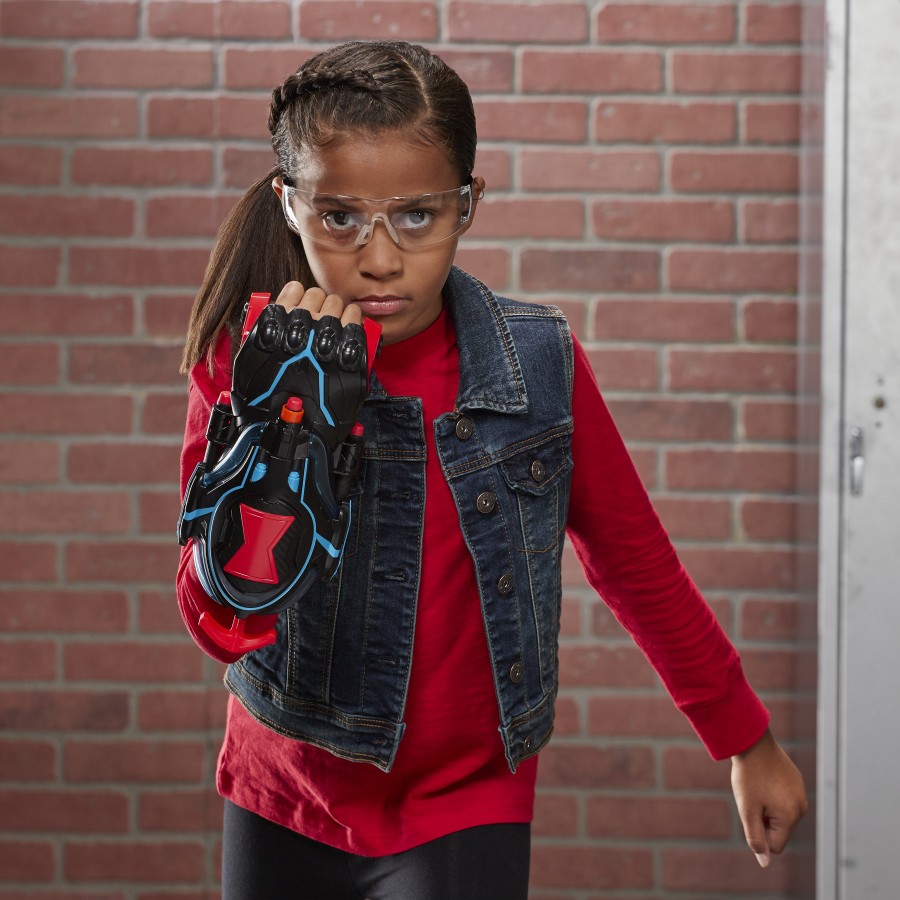 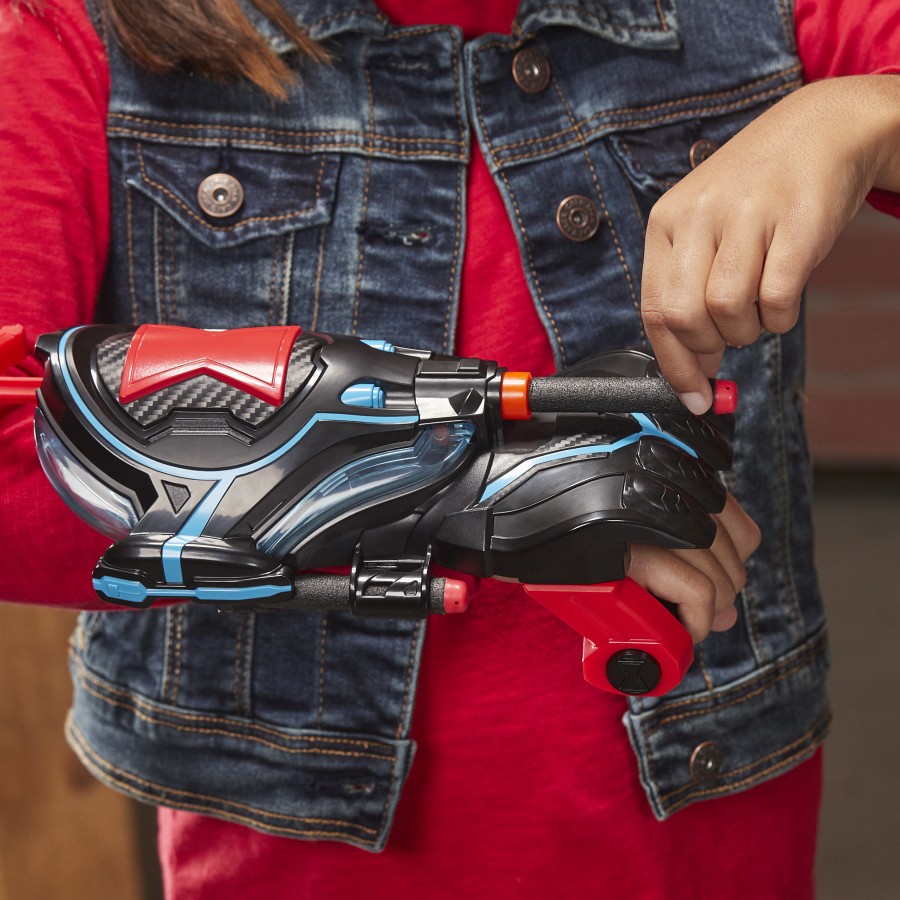 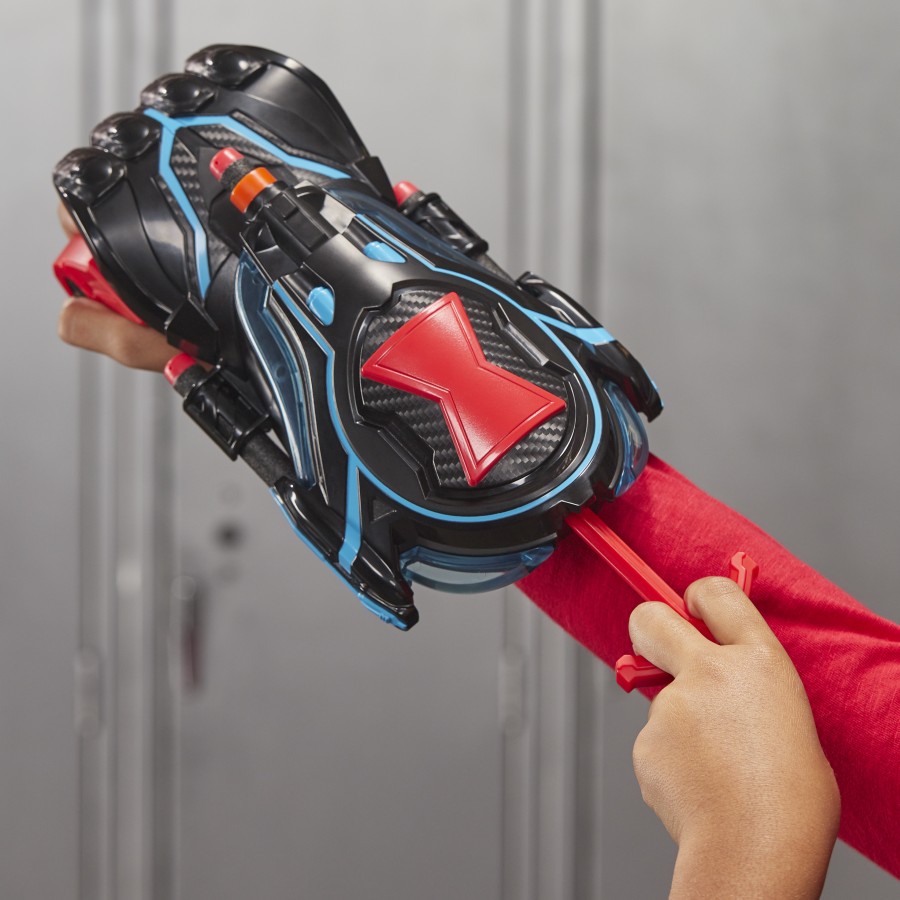