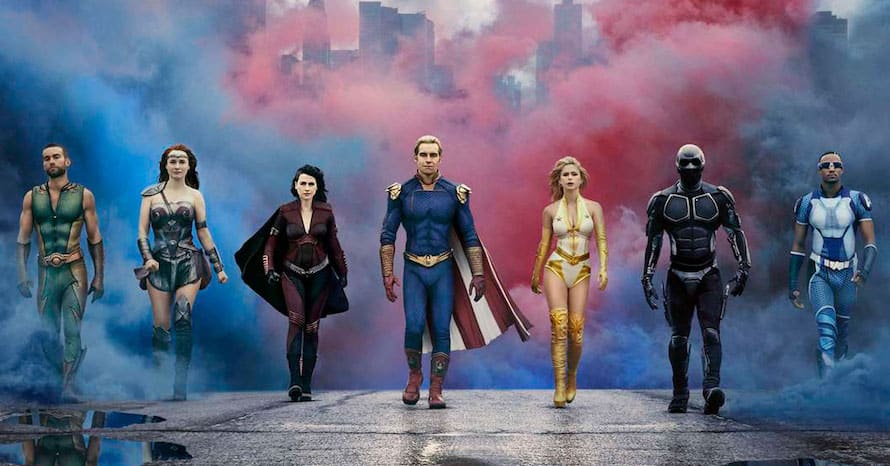 Amazon has put a new The Boys spinoff series into development based around a superhero college following the massive success of the show’s second season.

Last year, the first season of The Boys blew everyone away thanks to its dark humor, satirical nature, and deconstructive nature that managed to be fun. The second season has also been well received by fans and critics and has quickly become one of Amazon’s most-watched series. Now Amazon is looking to capitalize on that success with a new spinoff.

According to a new report from Deadline, The Boys is getting a new spinoff. The upcoming series will be based around college-aged superheroes at a school run by Vought International. It is described as a part collage show, part Hunger Games but all satire. The series is being developed by Craig Rosenberg who has worked on the series as a writer and producer.

What do you all make of this report? Are you happy to see that Amazon will be expanding the universe of The Boys? Let us know what you think in the comments below!

Here is the official synopsis for the second season of The Boys:

The even more intense, more insane season two finds The Boys on the run from the law, hunted by the Supes, and desperately trying to regroup and fight back against Vought. In hiding, Hughie (Jack Quaid), Mother’s Milk (Laz Alonso), Frenchie (Tomer Capon) and Kimiko (Karen Fukuhara) try to adjust to a new normal, with Butcher (Karl Urban) nowhere to be found. Meanwhile, Starlight (Erin Moriarty) must navigate her place in The Seven as Homelander (Antony Starr) sets his sights on taking complete control. His power is threatened with the addition of Stormfront (Aya Cash), a social media-savvy new Supe, who has an agenda of her own. On top of that, the Supervillain threat takes center stage and makes waves as Vought seeks to capitalize on the nation’s paranoia.

The second season of The Boys premiered on Amazon Prime Video on September 4th. Stay tuned for all the latest news on The Boys and its upcoming spinoff at Amazon and be sure to subscribe to Heroic Hollywood’s YouTube channel for more original video content.