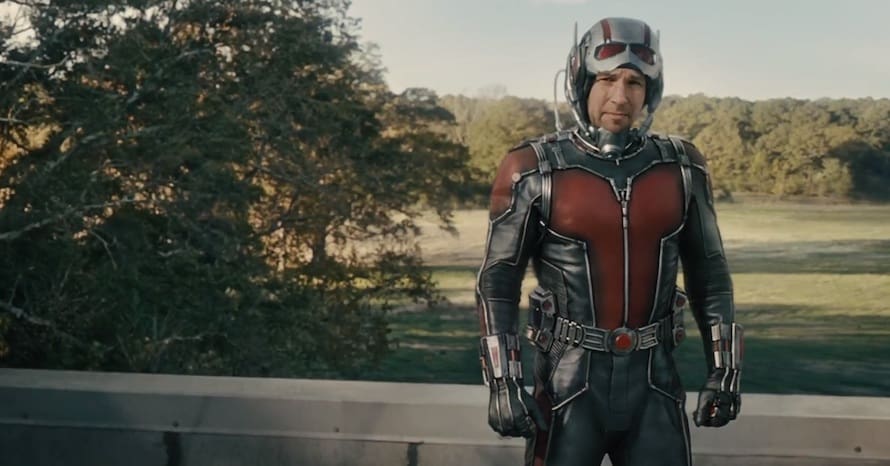 The Marvel Cinematic Universe is crammed full of Easter eggs to other heroes, iconic stories from the comics and other movies. Director Peyton Reed recently answered a fan’s question on Twitter which revealed an Avengers Easter egg in the film. The Easter egg comes shortly after Scott Lang fights Falcon in the Avengers facility that he was stealing a piece of equipment from.

After Scott escapes with the piece of tech they need to pull off the heist later on in the film, Falcon radios in and tells the person on the other end of the radio to not let Steve Rogers find out he was defeated. Director Peyton Reed told a fan online that Falcon was actually speaking to Natasha Romanoff, giving the film another small connection to the Avengers.

What do you think about the Avengers easter egg in Ant-Man? Who did you think Falcon was originally talking to? Sound-off in the comments below!

Here is the plot synopsis for Peyton Reed’s Ant-Man and The Wasp:

From the Marvel Cinematic Universe comes “Ant-Man and The Wasp,” a new chapter featuring heroes with the astonishing ability to shrink. In the aftermath of “Captain America: Civil War,” Scott Lang is grappling with the consequences of his choices as both a superhero and a father. AS he struggles to rebalance his home life with his responsibilities as Ant-Man, he’s confronted by Hope van Dyne and Dr. Hank Pym with an urgent new mission. Scott must once again put on the suit and learn to fight alongside the Wasp as the team works together to uncover secrets from the past.