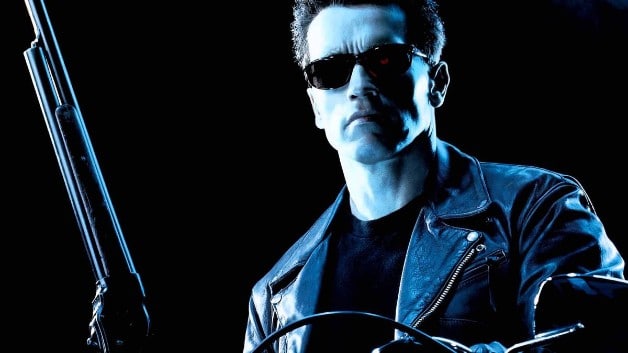 James Cameron has confirmed Arnold Schwarzenegger will be taking on the role of a brand new and very different Terminator in the upcoming sequel from Tim Miller.


Arnold Schwarzenegger is back, as is Linda Hamilton who reprises her iconic role as Sarah Connor in the new film. Plot details remain under wraps, but similar to the new Halloween, the sixth Terminator film will serve as a direct sequel to Terminator 2: Judgment Day, ignoring all other films that followed in the franchise.

While it shouldn’t come as a surprise that Arnold Schwarzenegger will be playing a new Terminator in the film as his both of the models of his T-1000 were previously destroyed, James Cameron who returns to produce the film told IGN at the premiere for Alita: Battle Angel that Schwarzenegger’s new take on the T-1000 will be a much different version than the hero or villain we’ve seen him as in the past:


Deadpool helmer Tim Miller has directed the film from a script written by Billy Ray, David S. Goyer, Justin Rhodes, Josh Friedman, and Charles H. Eglee. The script was developed in a writers room to stand on its own while simultaneously forming an overarching storyline for what is planned to be a new trilogy of Terminator movies. James Cameron has returned to produce.

Terminator 6 will introduce newcomers Mackenzie Davis and Natalie Reyes, as well as Gabriel Luna (Marvel’s Agents of S.H.I.E.L.D.) who plays a brand new Terminator in the film.

The film was originally slated to hit theaters on November 15, 2019 release date, but was plucked from its released date and rescheduled to release two weeks earlier on November 1, 2019, after the highly anticipated Wonder Woman sequel, Wonder Woman 1984 was pushed back by seven months to June 2020.

What do you think? Are you excited for the return of Arnold Schwarzenegger and the Terminator film franchise? Be sure to sound-off your thoughts on the new film in the comment section below!

Terminator 6 will be released in theaters on November 1, 2019. Stay tuned to Heroic Hollywood for the latest news on the sixth installment of the Terminator franchise as it develops!