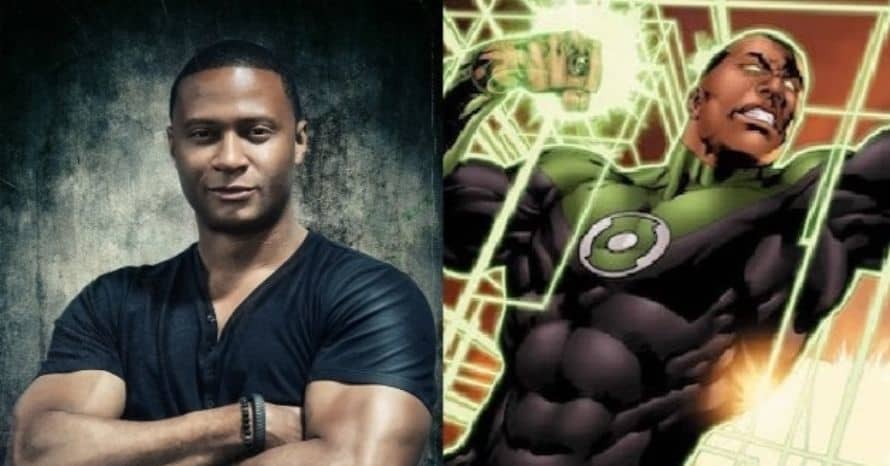 Arrow star David Ramsey has teased a return to the role of John Diggle and further hinted at a role as a Green Lantern.

David Ramsey played the role of John Diggle throughout the entirety of Arrow. At first, he functioned as a bodyguard that Oliver Queen had to tiptoe around in order to do his work but eventually became the protagonist’s best friend and most trusted ally. However, the show and people behind it constantly hinted that John Diggle had greater things in store for him.

The series constantly teased at the possibility of David Ramsey’s character becoming a Green Lantern. His final scene in the show seemed to all but confirm that future. Sadly no one has been able to definitively state whether or not this future is in store for John Diggle. However, the actor himself is certainly interested in following up upon that final scene.

While speaking to Comicbook.com, David Ramsey did not confirm that he would be returning to the character as a Green Lantern but indicated that his final scene was something akin to a new beginning for the character:

“The way John Diggle ended there’s another beginning for him. So I think for a character like this, and for the type of people that are writing around it, I think it can remain fresh for a long time.”

He went on to say that there were talks of having his character return but could not say in what capacity:

“There’s talk about me coming back. I mean, it may or may not be so quiet, but you know something else, the idea that you might not be working or things will be a lot different when work does come has made me kind of appreciate the idea of working in general….I’m kind of looking forward to getting to work and if that kind of involves the Arrowverse, I’m happy for it.”

What do you all make of David Ramsey’s words? Would you like to see him return to the Arrow universe as a Green Lantern? Let us know what you think in the comments below!

Here is the official synopsis for the series finale of Arrow:

STEPHEN AMELL SIGNS OFF AS THE GREEN ARROW; EMILY BETT RICKARDS RETURNS FOR THE SERIES FINALE OF “ARROW” – After eight seasons, and the launch of countless superheroes, the series wraps up the story of the Green Arrow (Stephen Amell). Emily Bett Rickards returns as Felicity. James Bamford directed the episode written by Marc Guggenheim & Beth Schwartz (#810). Original airdate 1/28/2020.

Stay tuned for all the latest news regarding David Ramsey and his future in the Arrow universe and be sure to check out and subscribe to Heroic Hollywood’s YouTube channel for more great video content!