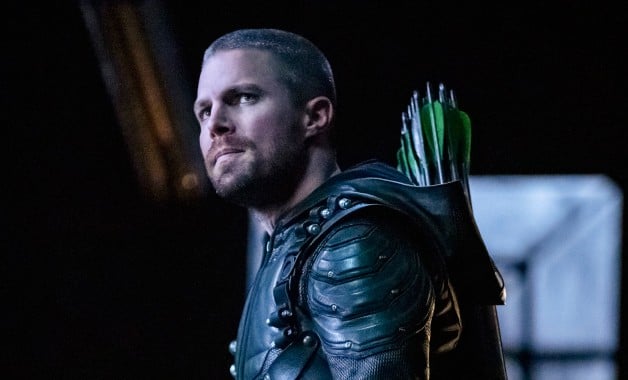 The latest episode of The CW’s Arrow partly centered on Lyla Michaels’ efforts to assemble a team of villains, but the series avoided using the term “Suicide Squad” when referring to the group.


In the episode, A.R.G.U.S. director Lyla Michaels formed a team of supervillains that included Ricardo Diaz, Slade Wilson’s son, Kane Wolfman, China White, and Carrie Cutter, a.k.a. Cupid. Much like the Suicide Squad in the comics, these recruits have bombs implanted in their heads to deter disobedience. However, whenever characters would use the terms “Suicide” or “Squad” to refer to the team, they would be cut off before the full name could be used. Instead, this new team of villains has been called the Ghost Initiative.

Do you like the name for this Suicide Squad type of team? Share your thoughts in the comments section below!


Arrow continues next week with the episode titled “Emerald Archer” and you can read the official synopsis below!

ARROW FILMS THEIR 150TH EPISODE AS A DOCUMENTARY ENTITLED “THE HOOD AND THE RISE OF VIGILANTES” NARRATED BY KELSEY GRAMMER – The 150th episode of “Arrow” showcases a documentary entitled “The Hood and the rise of vigilantism” starring Oliver Queen (Stephen Amell), Felicity Smoak (Emily Bett Rickards), and the rest of Team Arrow. As a camera crew follows Oliver and team around to talk about their past as vigilantes and what the Green Arrow means to Star City, Oliver must also deal with William’s (guest star Jack Moore) return from boarding school as well as a new threat to the city. The episode will feature “documentary footage” captured by the BTS crew and interviews from those who have worked alongside the Green Arrow. The documentary is narrated by Kelsey Grammer. Glen Winter directed the episode written by Marc Guggenheim & Emilio Ortega Aldrich (#712).