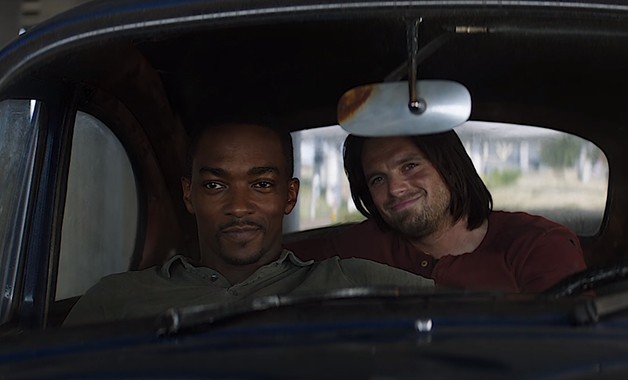 Avengers: Endgame hits theaters this April and it will answer many questions that fans had at the end of last year’s Avengers: Infinity War, the biggest of all being if and how the heroes that died during Thanos’ (Josh Brolin)  snap would return from beyond the grave. Fans know that Tom Holland’s Peter Parker will live to fight again in Spider-Man: Far From Home, which also features Samuel L. Jackson as Nick Fury, who also died at the end of Avengers: Infinity War.


One of the other many fan-favorite Marvel heroes that bit the dust at the end of Avengers: Infinity War was Anthony Mackie’s Falcon, who joined the Marvel Cinematic Universe in 2014’s Captain America: The Winter Soldier. During a recent interview with Jimmy Fallon, Anthony Mackie confirmed that Falcon is dead in the MCU. When Fallon asked about Falcon and his status after Avengers: Infinity War, Mackie had this to say:

“Obviously, if you didn’t see part three, spoiler alert, I died. A lot of people died.”

Fans can watch the hilarious interview with Anthony Mackie on The Tonight Show Starring Jimmy Fallon‘s Youtube channel. Although it hasn’t been confirmed that Falcon will return in Avengers: Endgame, the character is rumored to be headlining his own Marvel series on the upcoming Disney+ streaming service alongside Winter Soldier (Sebastian Stan).


We’ll be sure to keep you updated on all news regarding Avbengers: Endgame as soon as more information becomes available. What do you think about a Falcon/Winter Soldier mini series? Which other Marvel heroes would you like to see team up? Let us know your thoughts in the comments below!