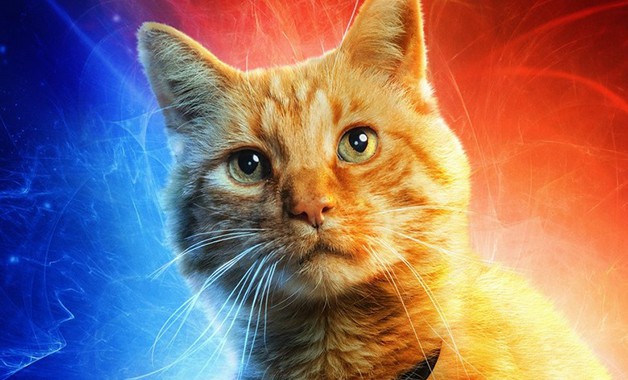 Brie Larson’s Carol Danvers will soon make her first appearance in the Marvel Cinematic Universe and it appears when she returns to Earth to thwart an extra-terrestrial invasion, she will be accompanied by her pet cat named Goose. Now, the feisty feline (who may actually be a member of the Flerken race) gets the spotlight in a new Captain Marvel banner that is being displayed in theaters, where Goose can be seen donning some cool sunglasses, not unlike the kind Tom Cruise’s Pete “Maverick” Mitchell wears in Top Gun.


You can check out the banner in the post below!


Are you excited to see Carol Danvers’ cat join in on the adventures? Share your thoughts in the comments section below!

Set in the 1990s, Marvel Studios’ “Captain Marvel” is an all-new adventure from a previously unseen period in the history of the Marvel Cinematic Universe that follows the journey of Carol Danvers as she becomes one of the universe’s most powerful heroes. While a galactic war between two alien races reaches Earth, Danvers finds herself and a small cadre of allies at the center of the maelstrom.