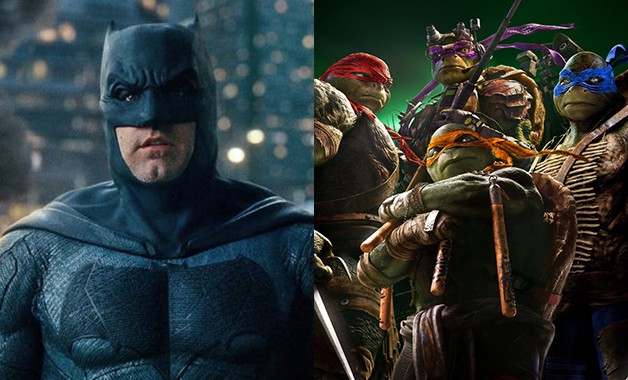 Yesterday, it was reported an animated Batman Vs. Teenage Mutant Ninja Turtles film was being released and now Salman Artworks has imagined what such as crossover would look like as a live-action feature. The fan art unites the live-action version of the Ninja Turtles and Ben Affleck’s Batman from the DC Extended Universe, with all heroes shown watching over the city.

Also read:
‘The Batman’: Here’s How Simon Pegg Could Look As The Riddler


What do you think of the image? Share your thoughts in the comments section below!

Ben Affleck recently announced he will not reprise his role as the Caped Crusader in the upcoming solo film from director Matt Reeves. Plot details for The Batman are currently under wraps, though the film will center around a younger Bruce Wayne and includes multiple villains. Matt Reeves also confirmed that it will not be directly based on Frank Miller’s Year One comic and will use of the Dark Knight’s detective skills to a greater extent than previous films.