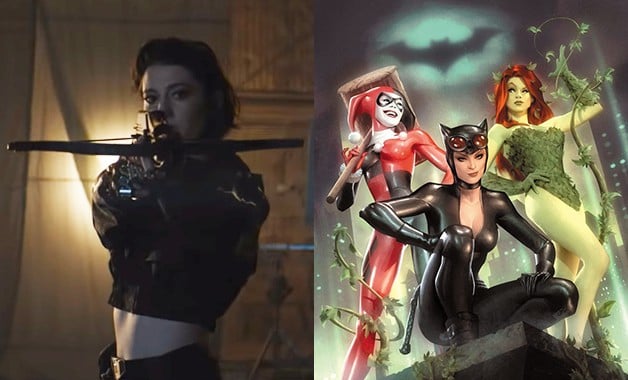 
Earlier this week, Warner Bros. unveiled the first teaser for Birds of Prey and it appears the studio is already planning to bring the team of DC heroines back to the big screen. In a report on potential villains for Matt Reeves’ The Batman, THR noted the studio is rumored to be planning a film trilogy that includes  Gotham City Sirens and a crossover movie that will unite both groups:

And with Birds of Prey rumored to lead to a trilogy comprised of Gotham City Sirens and Birds vs. Sirens features, Catwoman certainly won’t be kept off screen for long.

In the comics, the Gotham City Sirens consists of female DC villains Harley Quinn, Catwoman, and Poison Ivy. Warner Bros. has reportedly been working on a Gotham City Sirens movie for several years and Suicide Squad director David Ayer was once attached to the project.


Full details on the Birds of Prey plot are currently unknown, though the film is said to center on Huntress, Black Canary, and Harley Quinn joining forces to protect Cassandra Cain when she comes into the possession of a diamond belonging to a criminal kingpin known as Black Mask.

Birds of Prey will be released in theaters on February 7, 2020.