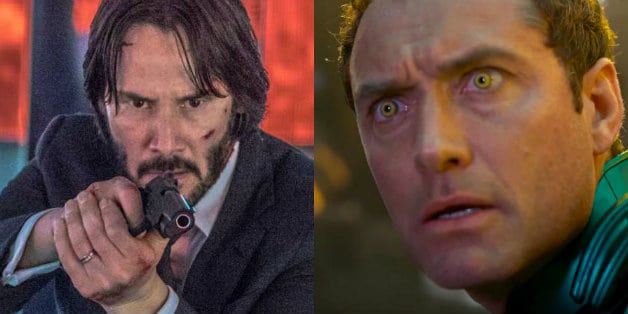 John Wick star Keanu Reeves may have had Jude Law’s role in Captain Marvel if it wasn’t for his busy schedule filming the final installment of the neo-noir action trilogy.


According to Charles Murphy over at That Hashtag Show, Keanu Reeves was originally up for the role of the Kree military commander Yon-Rogg in Marvel’s first-ever female-led superhero film. Unfortunately for Reeves, however, the actor was already scheduled to film John Wick: Chapter 3 – Parabellum, resulting in the role going to Jude Law instead.

If not for John Wick 3, he’d have been Yon-Rogg. He was set to take the role and then, when he had to drop out, they moved SUPER QUICK on Jude Law. https://t.co/n73WZML7li


In the comics, Yon-Rogg has been an enemy of Carol Danvers and bore a grudge against Mar-Vell because he was in love with a Kree medic named Una, who had feelings for Mar-Vell.

Since he was cast, Jude Law was originally thought to be taking on the role of  Walter Lawson aka Mar-Vell, the original Captain Marvel and mentor to Brie Larson’s Carol Danvers. But marketing and merchandise has pointed away from Jude Law playing Mar-Vell, and towards him actually being Yon-Rogg in the film.

So what do you think? Do you think Keanu Reeves would have been a better fit for Yon-Rogg than Jude Law in Captain Marvel? Let us know your thoughts down in the comments below!

Set in the 1990s, Marvel Studios’ “Captain Marvel” is an all-new adventure from a previously unseen period in the history of the Marvel Cinematic Universe that follows the journey of Carol Danvers as she becomes one of the universe’s most powerful heroes. While a galactic war between two alien races reaches Earth, Danvers finds herself and a small cadre of allies at the center of the maelstrom.

Following her debut in her titular standalone film, Brie Larson will return to face Thanos in April when Avengers: Endgame hits theaters on April 26, 2019.

Stay tuned to Heroic Hollywood for the latest news on Captain Marvel and Avengers: Endgame, as well as the future of the Marvel Cinematic Universe as we learn it!