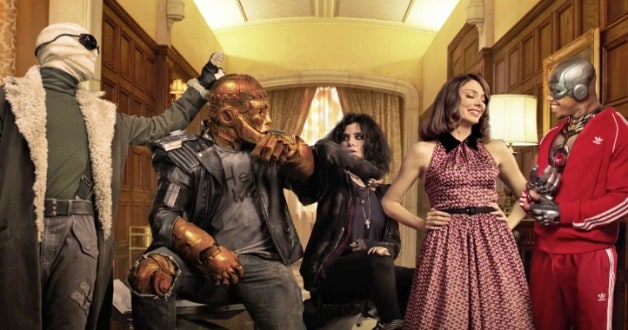 A new extended Doom Patrol trailer has been released a day before its debut on DC Universe to give audiences a in-depth look at this dysfunctional family.


Doom Patrol is the next installment for the DC Universe. Following the success of Titans, this new series featuring some lesser known DC Comics characters is already said to be a hit. So far audiences have gotten a good look at all the characters via posters, trailers, and more promotional content. The show premieres on DC Universe tomorrow, February 15th, DC decided to give fans a Valentine’s Day gift with this four minute extended trailer. You can watch it below.


The extended trailer showcases the many different characters in this show and the lives they lead and what brings them together. The trailer takes its time introducing us to them. Fans can get a sense of their origins and personality here as well. It packs a lot of emotional punch in four minutes with just a dash of the weird and dysfunctional audiences can expect to see. The show currently holds a “Fresh” rating of 92% on Rotten Tomatoes and judging from the trailer it’s clear how it got that score. Will you be watching Doom Patrol tomorrow? Let us know in the comments!

Doom Patrol will premiere on February 15, 2019, exclusively on DC Universe.