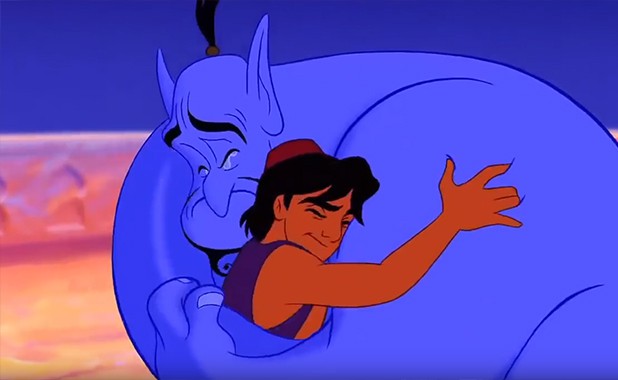 Bosslogic has unveiled new fan art that imagines the late Robin Williams as the Genie in Disney’s live-action remake of Aladdin.

Robin Williams’ role as the Genie in Aladdin remains one of the most revered voice performances of all time and while few expected Disney’s live-action remake of the film to live up to his iconic portrayal, reaction to Will Smith’s version of the character has been overwhelmingly negative to date. Now, Bosslogic has created a new piece that imagines what Disney’s live-action Genie could have looked like if the late Robin William had been able to return as the beloved character.


How do you feel about this interpretation of Robin Williams as the live-action Genie? Share your thoughts in the comments section below!

“Aladdin” is the exciting tale of the charming street rat Aladdin, the courageous and self-determined Princess Jasmine and the Genie who may be the key to their future.

Directed by Guy Ritchie from a script he co-wrote with John August, the film stars Will Smith as the Genie, Mena Massoud as Aladdin, Naomi Scott as Jasmine, Marwan Kenzari as Jafar, Navid Negahban as the Sultan, Nasim Pedrad as Dalia, Billy Magnussen as Prince Anders, and Numan Acar as Hakim.