You Are Here Home Heroic Hollywood Fans Think Phil Coulson Is A Skrull After ‘Agents Of S.H.I.E.L.D.’ Trailer 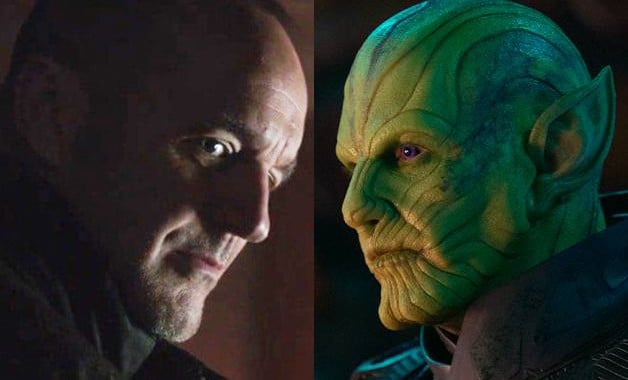 Marvel released the first official trailer for Agents of S.H.I.E.L.D. season six and the return of Phil Coulson has fans theorizing that the supposedly deceased hero could actually be a Skrull.

After revealing his brief time as Ghost Rider burned through the Kree DNA that healed the fatal wound he sustained in Avengers, Phil Coulson left S.H.I.E.L.D. to spend the remainder of his life in Tahiti at the end of the fifth season. While most of the trailer for the upcoming sixth season explored how the team was coping with the loss of their beloved leader, the final moments revealed Phil Coulson returning with no memory of what S.H.I.E.L.D. was, leading to fan speculation on how the former director could still be alive.

One theory suggests the real Coulson is dead and that the character featured at the end of the Agents of S.H.I.E.L.D. trailer is a Skrull, the shape-shifting alien villains who will make their first MCU appearance in Captain Marvel. However, some fans are going as far as to suggest that the Phil Coulson we’ve known for years is a Skrull and the character featured in the trailer is the real one, who has been gone since the events of Captain Marvel due to unknown circumstances.


You can check out some of the reactions below!

Yep I agree with you. I however hope this evil Coulson is a Skrull it would a awesome tie in to Captain Marvel

What if Coulson comes back in the present day timeline movies and is a Skrull?

someone: coulson actually died and current coulson is a skrull
me: pic.twitter.com/aoCnU4bImu


Do you think there is any truth to these Phil Coulson theories? Share your thoughts below!