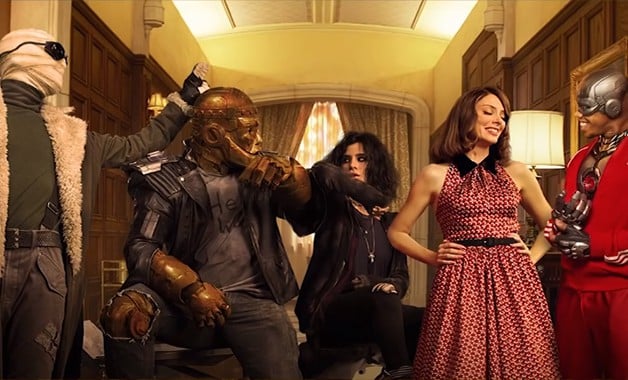 The synopses for the first two episode of the Doom Patrol television series from DC universe tease Cyborg’s arrival.


With the launch of the DC Universe streaming service, more content continues to come out. Since Titans became a success for the television universe, DC has decided to continue with Doom Patrol. Below fans can find the synopses for the first two episodes, titled “Pilot” and “Donkey Patrol.”

In the series premiere episode, the team – tired of being stuck in Doom Manor – decides to visit the local town while The Chief is away. However, this seemingly harmless field trip leads to some grave consequences, including an encounter with the mysterious and powerful Mr. Nobody (series star ALAN TUDYK).

Following Mr. Nobody’s capture of Niles Caulder and the destruction of Cloverton Ohio, The Doom Patrol investigate the mysterious albino donkey and discover it is a door to another universe, one where Mr. Nobody is in control. Cyborg aka Vic Stone (series star JOIVAN WADE), a part man/part machine hero from Detroit who has his own complicated relationship with Niles Caulder, joins the search.


From the synopses there’s a lot of excitement to be had. With the arrival of one of DC’s most popular characters Cyborg, fans can read these and get excited for the upcoming DC Universe television show. If it’s anything close to Titans, audiences can surely expect to love Doom Patrol as well.  Are you excited for the show? How do you think Cyborg will be in the show? Let us know in the comments what you think!