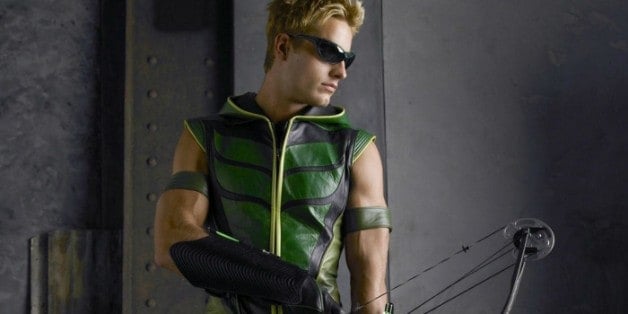 New art depicts what former Smallville star Justin Hartley could look like if he returned to Green Arrow role.

The recent Elseworlds Arrowverse crossover featured a quick glimpse of Smallville‘s Green Arrow and brought back John Wesley Shipp’s Flash from the 90s. Perhaps some Smallville characters could return for next season’s Crisis On Infinite Earths crossover? As fans continue to speculate, awesome art from Dalton Barrett shows what Justin Hartley’s Green Arrow could look like, if he ever returns:


Do you think Justin Hartley will ever return for a Smallville reunion? Sound off in the comments below!

Arrow continues tonight with the episode titled “Emerald Archer” and you can read the official synopsis below!

ARROW FILMS THEIR 150TH EPISODE AS A DOCUMENTARY ENTITLED “THE HOOD AND THE RISE OF VIGILANTES” NARRATED BY KELSEY GRAMMER – The 150th episode of “Arrow” showcases a documentary entitled “The Hood and the rise of vigilantism” starring Oliver Queen (Stephen Amell), Felicity Smoak (Emily Bett Rickards), and the rest of Team Arrow. As a camera crew follows Oliver and team around to talk about their past as vigilantes and what the Green Arrow means to Star City, Oliver must also deal with William’s (guest star Jack Moore) return from boarding school as well as a new threat to the city. The episode will feature “documentary footage” captured by the BTS crew and interviews from those who have worked alongside the Green Arrow. The documentary is narrated by Kelsey Grammer. Glen Winter directed the episode written by Marc Guggenheim & Emilio Ortega Aldrich (#712).