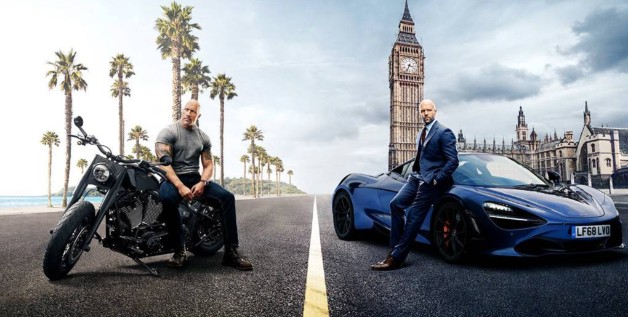 
The new spot was released during the big game tonight, showing off brand new footage from the upcoming film. The film will feature an unlikely team-up between Dwayne Johnson’s Hobbs and Jason Statham’s Deckard Shaw as they come together to take on the superhuman villain known as Brixton which is being played by Idris Elba.

You can check out the brand new Super Bowl spot for Fast and Furious Presents: Hobbs and Shaw starring Dwayne Johnson and Jason Statham below.


So what do you think? Are you excited for the Hobbs and Shaw spin-off? Do you think the studio is taking the franchise in the right direction with this? Or will the missing element of the fast family be a mistake for Universal? Let us know your thoughts down in the comments below!

“A spinoff of The Fate of the Furious, focusing on Johnson’s US Diplomatic Security Agent Luke Hobbs forming an unlikely alliance with Statham’s Deckard Shaw.”