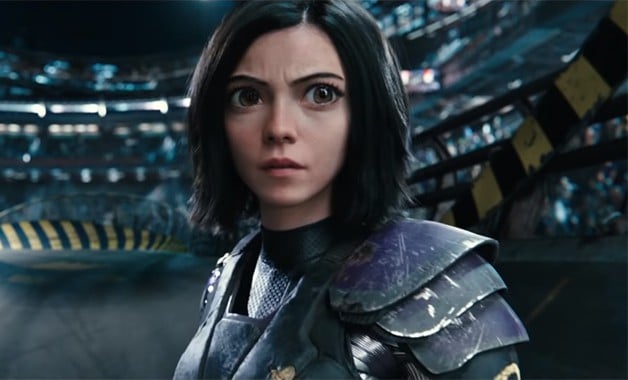 Alita: Battle Angel writer James Cameron understands the trepidation with film’s setting up sequels before the first film is even over.

Franchises and cinematic universes are all the rage right now. Not to say that some films can’t stand alone, but more often than not, especially if they’re based on popular properties, a studio wants to keep the momentum going for more installments to the franchise. Case in point: Alita: Battle Angel and James Cameron’s plans for the franchise beyond the upcoming movie.

Of course, to even get a sequel discussed, the studio wants the first film to do well, both critically and financially. That doesn’t always happen, but James Cameron revealed in a recent interview that he already has plans for a follow-up to Alita: Battle Angel. However, at the same time, he’s fully aware that it’s premature to start discussing a sequel when the first film hasn’t even hit theaters.


In a recent interview with Digital Spy, James Cameron, as well as director Robert Rodriguez, revealed that while Alita: Battle Angel has Alita go through a complete arc, there are many unsolved mysteries left to explore and what could be explored in a potential Alita: Battle Angel follow-up. But, again, James Cameron warned against teasing a sequel so soon, especially when the current film could potentially face scrutiny from critics and fans alike:

“Well, we obviously have a plan for that. But it’s cheeky to set up a sequel before you’re proven. That can blow back in your face. We think of something like Warcraft that was clearly set up with the intention to do sequels, and then it becomes mock-able because the film doesn’t succeed. But I don’t worry about stuff like that. If the film fails, it’s its own punishment, you know? It doesn’t matter if we get mocked on top of having failed.”


Robert Rodriguez concurred, noting that the addition of character Nova to the film was the basis for a sequel:

“There’s like one whole document about the trilogy. Because that’s just part of his process. ‘Here are three movies. Just so you know what to include in the first story and whatnot.’”

We’ll be sure to keep you updated on all news regarding the potential franchise as soon as more information becomes available. Though the movie is not out in theaters yet, would you want to see a possible sequel to Alita: Battle Angel? Would you prefer that this movie is just a one-and-done story? Let us know your thoughts in the comments below!

From visionary filmmakers James Cameron (AVATAR) and Robert Rodriguez (SIN CITY), comes ALITA: BATTLE ANGEL, an epic adventure of hope and empowerment. When Alita (Rosa Salazar) awakens with no memory of who she is in a future world she does not recognize, she is taken in by Ido (Christoph Waltz), a compassionate doctor who realizes that somewhere in this abandoned cyborg shell is the heart and soul of a young woman with an extraordinary past. As Alita learns to navigate her new life and the treacherous streets of Iron City, Ido tries to shield her from her mysterious history while her street-smart new friend Hugo (Keean Johnson) offers instead to help trigger her memories. But it is only when the deadly and corrupt forces that run the city come after Alita that she discovers a clue to her past – she has unique fighting abilities that those in power will stop at nothing to control. If she can stay out of their grasp, she could be the key to saving her friends, her family and the world she’s grown to love.

Earlier this week, Legendary Pictures and Warner Bros. Pictures dropped the newest trailer for their highly-anticipated sequel, Godzilla: King of the Monsters. The new trailer showed off some more epic action following the beloved monster along with some incredible sequences involving Rodan, Mothra and Ghidorah.

Now, Legendary has shared three brand new posters for Rodan, Mothra and Ghidorah. Given that Godzilla will be battling with these monsters in the new film, it makes sense to see them receive their own poster that boasts their size and scale as they unleash their terror against humankind.

Given that Rodan, Mothra and Ghidorah all take flight unlike Godzilla, it is going to be stunning visual spectacle to see them take the skies and swoop down as they all battle to the bitter end for what looks to be one of the most-anticipated blockbusters of 2019.

You can check out the new posters of Rodan, Mohra and Ghidorah down below by clicking “Next”.

What do you think of these new posters? Are you excited to see the King of the Monsters take the reins in this new sequel? Sound off in the comments below, and be sure to continue following Heroic Hollywood for all the latest news from the MonsterVerse.

Following the global success of “Godzilla” and “Kong: Skull Island” comes the next chapter in Warner Bros. Pictures’ and Legendary Pictures’ cinematic MonsterVerse, an epic action adventure that pits Godzilla against some of the most popular monsters in pop culture history. The new story follows the heroic efforts of the crypto-zoological agency Monarch as its members face off against a battery of god-sized monsters, including the mighty Godzilla, who collides with Mothra, Rodan, and his ultimate nemesis, the three-headed King Ghidorah. When these ancient super-species—thought to be mere myths—rise again, they all vie for supremacy, leaving humanity’s very existence hanging in the balance.

Godzilla: King of the Monsters will be released in theaters on May 31, 2019.