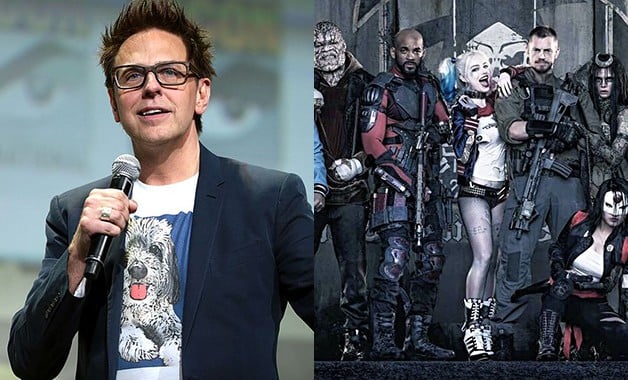 James Gunn discussed his experience writing DC’s The Suicide Squad during an interview with Deadline.

In March 2019, Disney reinstated James Gunn as the director of Marvel Studios’ Guardians of the Galaxy Vol. 3 after having fired him from the project the during previous summer over controversial social media posts. However, James Gunn’s return for the third Guardians of the Galaxy film was predicated on the condition that he fulfill his commitment to write and direct The Suicide Squad for Warner Bros. and DC beforehand.

Also read: James Gunn Opens Up About His Firing From ‘Guardians of the Galaxy 3’

While discussing his handling of Disney’s decision to remove him from Guardians of the Galaxy Vol .3, James Gunn commented on his experiencing penning the script for The Suicide Squad. Although James Gunn did not divulge new details on the project, the filmmaker noted he may not have had as much fun writing a script since his work on Dawn of the Dead:

The Suicide Squad, it just instantly started flowing. I don’t think I’ve had as much fun writing a script since maybe Dawn of the Dead. That’s what this whole movie has been like.

The first Suicide Squad followed a team of supervillains who were recruited by the government for a dangerous black ops mission in exchange for reduced sentences. The ensemble cast included Will Smith as Deadshot, Margot Robbie as Harley Quinn and Jared Leto as The Joker. James Gunn is expected to deliver on the new take on the supervillain team in his upcoming movie, with Idris Elba playing a new character, Jai Courtney reprising his role as Captain Boomerang, David Dastmalchian playing Polka-Dot Man, and Viola Davis returning as Amanda Waller. John Cena reportedly in talks for an undisclosed role while Michael Rooker is said to be eyed for the role of King Shark.

The Suicide Squad is one of many projects currently being developed by Warner Bros. and DC. The list also includes The Batman, The Flash, Green Lantern Corps, Birds of Prey, Black Adam, Nightwing, Supergirl and New Gods.

The Suicide Squad will be released in theaters on August 6, 2021.

‘Agents Of S.H.I.E.L.D.’ Star Chloe Bennet Would Love To Play Quake In An All-Female Marvel Movie