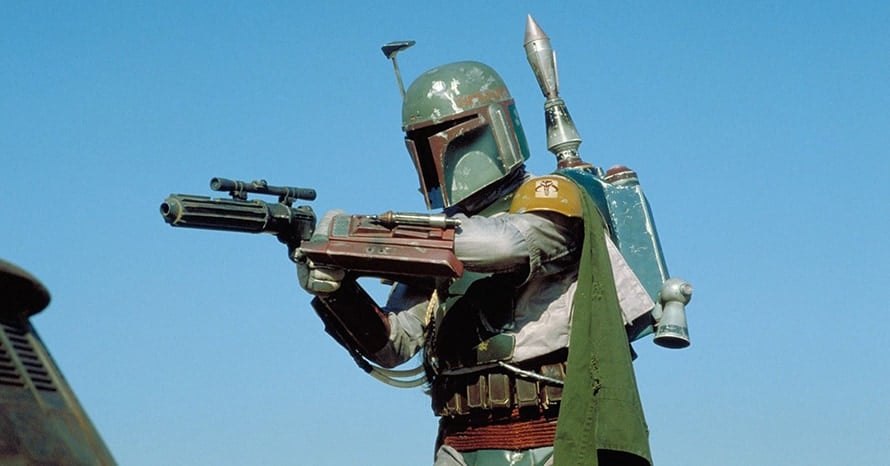 Boba Fett has always been a fan-favorite Star Wars character because of his cool appearance, but like many with cool designs in the series, he didn’t have a ton of screen time in the original trilogy. Attack of the Clones, the expanded universe material, and The Clone Wars added more to Boba Fett’s backstory after his death in Return of the Jedi. When Lucasfilm was developing standalone projects, Boba Fett was even going to get his own film with Josh Trank on board to direct before he stepped away.

Jon Favreau would later create The Mandalorian for Disney Plus with the series’ main character resembling Boba Fett to the casual viewer. Those who have watched The Clone Wars know that Boba Fett’s armor is a part of Mandalorian culture with an entire group of people donning it for battle. It’s now being reported that Temuera Morrison will return to the Star Wars universe to play Boba Fett in The Mandalorian season two, but the character’s armor may be worn by actor Timothy Olyphant. During the virtual ATX Television Festival, Jon Favreau opened up about how Boba Fett inspired the first-ever live-action Star Wars series:

“We all loved Boba Fett, but we never got as much of him as we all wanted. He came to unceremonious and in ‘Return of the Jedi.’ We wanted somebody that could kind of live up to what we had hoped to see when we were younger.”

What role do you think Boba Fett will play in season two? Sound-off in the comments section below!

Here is the official synopsis for The Mandalorian:

After the stories of Jango and Boba Fett, another warrior emerges in the Star Wars universe. The Mandalorian is set after the fall of the Empire and before the emergence of the First Order. We follow the travails of a lone gunfighter in the outer reaches of the galaxy far from the authority of the New Republic.

The Mandalorian season one is now available exclusively on Disney Plus. Stay tuned for all the latest Star Wars news and be sure to subscribe to Heroic Hollywood’s YouTube channel for more video content!