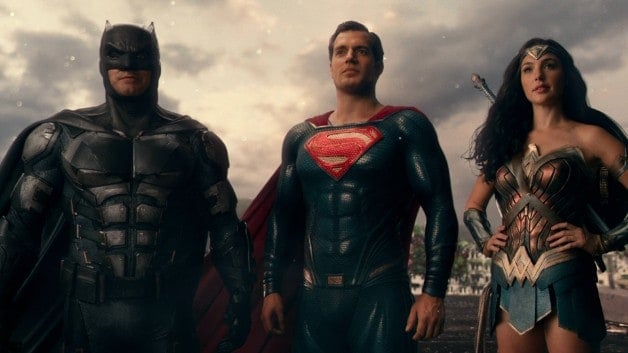 The GoFundMe campaign to promote the Zack Snyder cut of Justice League at Comic-Con has raised over $20,000.

Despite the fact that the film will turn two years old this November and some of us would prefer to leave it in the rearview mirror from here on out, a vocal and passionate subset of fans continues to call on Warner Bros. to release Zack Snyders cut of Justice League. Now, a GoFundMe campaign to promote the Zack Snyder cut of Justice League at  San Diego Comic-Con 2019 has raised over $20,000 from over 300 donors since launching one month ago.

While Warner Bros. will be sitting out of Hall-H this year, the starter of the GoFundMe page made the following statement on why the campaign will continue:

“Their lack of attendance only puts the spotlight on us with the DC/WB narrative. This campaign is to gain a wider audience and media attention for what happened to the Snyder’s and the untold unseen story.”

The page claims half the proceeds will go towards various physical ads to promote the Zack Snyder cut of Justice League at Comic-Con, including a 2-hour airborne banner, a billboard, a half-page ad in The Hollywood Reporter‘s special Comic-Con edition, a wrap-around bus stop banner, and flyers. However, the other half of the proceeds will be donated to the American Foundation for Suicide Prevention (AFSP).

What do you make of this effort to promote the Snyder cut at Comic-Con? Do you think the campaign can convince Warner Bros. to reconsider their stance on releasing the Zack Snyder cut of Justice League? Share your thoughts in the comments section below!

The hi-res images range from stills to behind the scenes photos featuring directors Zack Snyder and David Ayer working with cast members including Gal Gadot as Wonder Woman and Will Smith as Deadshot. In addition to the new images of Jared Leto’s Joker, a new image of Gadot as Wonder Woman in her own standalone film is included among the hi-res stills.

You can check out the images in the gallery below.

The DCEU continues this month with Aquaman which is now playing and will be followed by Shazam! on April 5, 2019, Birds of Prey (And The Fantabulous Emancipation of One Harley Quinn) on February 7, 2020, and Wonder Woman 1984 on June 5, 2020. A standalone Joker film set outside of the DC Films universe starring Joaquin Phoenix as the Clown Prince of Crime is also set to hit theaters October 4, 2019.

From Warner Bros. Pictures and director, James Wan comes an action-packed adventure that spans the vast, visually breathtaking underwater world of the seven seas, “Aquaman,” starring Jason Momoa in the title role. The film reveals the origin story of half-human, half-Atlantean Arthur Curry and takes him on the journey of his lifetime—one that will not only force him to face who he really is, but to discover if he is worthy of who he was born to be… a king.

Aquaman is now playing. Stay tuned to Heroic Hollywood for the latest news on the future of the current DC cinematic universe as we learn it.

J.K. Simmons Will Do Anything To Finish Zack Snyder’s ‘Justice League’

‘Beauty And The Beast’: Luke Evans Gives An Update On ‘Gaston’ Series