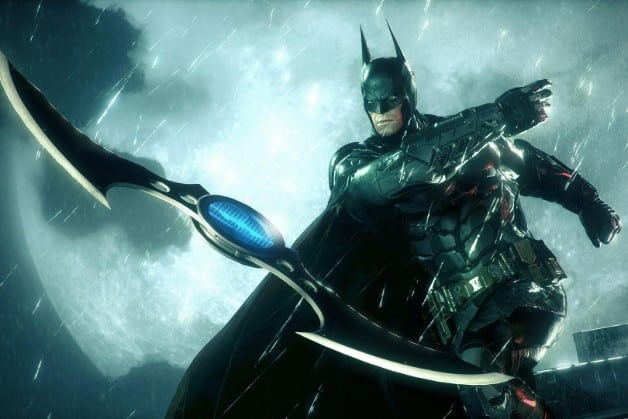 After the success of 2015’s Batman: Arkham Knight fans have been speculating whether or not the dark knight would return for another installment.


Rumors have recently surfaced on the development of a new addition to the series called Batman: Arkham Crisis by Rocksteady Studios. Editor for Kotaku Jason Schreier responded to a fan over Twitter about his earlier comments regarding the unknown status of the game. You can read his comments by looking at the section below.

That leak about it being made in two years and “1.7 times the size of GTA V” was nonsense. I don’t know what the name of WB’s next game is.

Also read:
‘The Flash’: How Batman Villain Red Death Could Come Into Play


According to an unknown game tester, the new Batman game has been in development at Rocksteady for two years and will have a 12 act structure, lasting about an hour apiece. Also, as if the game wasn’t big enough already, it’s also said to be larger than Grand Theft Auto V.

A Batman game almost two times the size of  Grand Theft Auto V would be absolutely fantastic if it were true. As for the timeline, it’s rumored that Rocksteady is aiming for an October 2019 release.

What are your thoughts on Batman: Arkham and this Crisis rumor? Let us know in the comment section below!

Joker is one of the many projects in the works at Warner Bros. and DC Films, including The Batman, The Flash standalone film, Green Lantern Corps, Black Adam, Supergirl, New Gods, Nightwing, a Deathstroke film, Justice League Dark, Batgirl, and Birds of Prey which is currently filming in Los Angeles, California.

From Warner Bros. Pictures and director, James Wan comes an action-packed adventure that spans the vast, visually breathtaking underwater world of the seven seas, “Aquaman,” starring Jason Momoa in the title role. The film reveals the origin story of half-human, half-Atlantean Arthur Curry and takes him on the journey of his lifetime—one that will not only force him to face who he really is, but to discover if he is worthy of who he was born to be… a king.

Stay tuned to Heroic Hollywood for the latest news on Batman and the future of all things DC as we learn it.