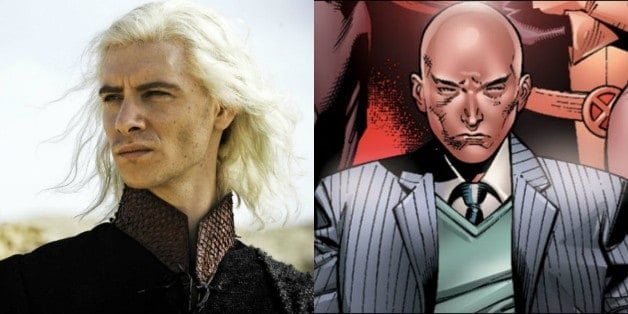 Legion newcomer Harry Lloyd revealed his Professor Xavier will have hair for the show’s final season.


In the comics, Professor Xavier has been bald since his introduction because of his psychic powers. Recently, James McAvoy hass sported hair in every X-Men film he has appeared in so far, but eventually loses it in X-Men: Apocalypse. Patrick Stewart embodied more of the traditional Professor Xavier look, however, he also sported a bit of hair in Logan. It appears Harry Loyd’s upcoming version will have hair as well.

It was announced at the Television Critics Association Tour this week Legion Season 3 will be its last. The final season is also set to finally introduce David’s parents. Harry Lloyd will take on the Professor Xavier role while Mr. Robot‘s Stephanie Corneliussen will play David’s mother. David’s father Gabrielle, Professor Xavier, has been teased on Legion before. Many fans were hoping Patrick Stewart would reprise his role but that won’t be the case. Legion decided to go in a different direction with Harry Lloyd, who is best known for his role as Daenerys Targaryen’s brother Viserys in HBO’s Game of Thrones. Harry Lloyd, the new Charles Xavier, revealed to Entertainment Weekly if he would be sporting the iconic comic book look:

“That was one of the first things I asked when Noah and I were Skyping before Christmas. And, thankfully, there’s no shaving required…as of yet. I haven’t seen all the scripts.”

Also read:
‘X-Men’ Producer Says Too Many Marvel Films Will ‘Cancel Each Other Out’


Are you excited for the final season of Legion? Which Professor Xavier actor is your favorite? Are you excited to see Harry Lloyd’s portrayal? Sound off in the comments below!

From childhood, David shuffled from one psychiatric institution to the next until, in his early 30s, he met and fell in love with a beautiful and troubled fellow patient named “Syd” (Rachel Keller). After Syd and David shared a startling encounter, he was forced to confront the shocking possibility that the voices he hears and the visions he sees may actually be real. Syd led David to “Melanie Bird” (Jean Smart), a demanding but nurturing therapist who heads a team of specialists – “Ptonomy” (Jeremie Harris), “Kerry” (Amber Midthunder) and “Cary” (Bill Irwin) – each of whom possesses a unique and extraordinary gift. Together, they helped David to recognize and harness his hidden powers. With their support, David finally unlocked a deeply suppressed truth – he had been haunted his entire life by a malicious parasite of unimaginable power. Known as the “Shadow King,” this malevolent creature appeared in the form of David’s friend “Lenny” (Aubrey Plaza), but is actually an ancient being named “Amahl Farouk.” In an epic showdown, David and his friends battled his demon, ultimately forcing it from David’s body. Unfortunately, Farouk found a new host – Melanie’s husband “Oliver Bird” (Jemaine Clement) – and escaped. Just when they thought they’d earned a moment of respite, a mysterious orb appeared and took David away to an unknown place. With David and Oliver missing and Farouk on the loose, the team forms an unlikely alliance with their former enemy “Clark” (Hamish Linklater) and his well-funded government organization, Division III. Meanwhile, Amahl Farouk (Navid Negahban) is on a new path to attaining infinite and world-ending power.

5 Reasons Why The ‘Gambit’ Movie Is A Bad Idea

Remember at San Diego Comic-Con 2015 when 20th Century Fox held a panel for their upcoming movies? They were there to hype up the Fantastic Four reboot, X-Men: Apocalypse and Deadpool. But there was one person there that now sticks out like a sore thumb. That was Channing Tatum and he was there to hype up his role as Remy LeBeau, a.k.a. Gambit.

That was almost three years ago and there is still no movie. There have also been several directors and cast members announced, but most of them have dropped out of the project. Tatum still holds that he is attached to the movie and it will be made. The bigger question is does anyone want the movie?

Here are a few reasons why we think the Gambit movie is a bad idea. Click Next to get started!