You Are Here Home Heroic Hollywood RUMOR: ‘Superman’ Shelved For Now To Give ‘Supergirl’ The Spotlight 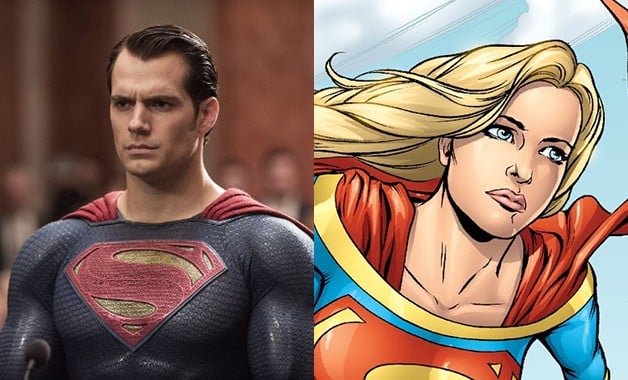 According to a report by Forbes, Warner Bros. is shelving Superman projects for the time being in favor of focusing on Supergirl in the DC movie franchise.

Also read:
New ‘Justice League’ Image Of Henry Cavill As Superman With The Rest Of The Trinity


After portraying the character in Man of Steel, Batman v Superman, and Justice League, Henry Cavill’s future as the Last Son of Krypton has been in doubt for some time now and a report on Warner Bros.’ plans for the DCEU suggests it may be a while before we see the Man of Tomorrow on screen again. The outlet notes that Superman has been shelved for the time being in order to focus on Supergirl and her introduction to the DCEU movies:

Superman has been shelved for now, as a temporary measure to let Supergirl step into the limelight and carry the Kryptonian banner for a little while on the big screen, as the worlds of DC continue to evolve and solidify a path forward.

Are you excited to see Supergirl join the DCEU? Share your thoughts in the comments section below!


In the meantime, Superman actor Henry Cavill is set to star in Netflix’s adaptation of The Witcher.

The Witcher stars Henry Cavill as Geralt of Rivia, Freya Allan as Ciri, Anya Chalotra as Yennefer, Jodhi May as Queen Calanthe, Bjorn Hlynur Haraldsson as Eist, Adam Levy as Mousesack, MyAnna Buring as Aretuza, and Millie Brady as Princess Renfri, with Mimi Ndiweni and Therica Wilson-Read as novice sorcerers.

The Witcher will be available on Netflix at an undetermined time.