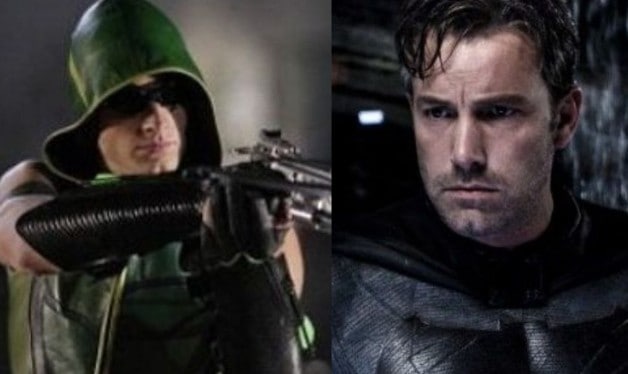 Ben Affleck won’t be back as Batman for Matt Reeves’ highly-anticipated standalone movie, and more and more names have been popping up by fans to replace the actor. One of them is Justin Hartley, who played Green Arrow on Smallville.


Justin Hartley, who is known among fans for portraying Green Arrow on Smallville, has recently been picked by fans to take on the role of Batman, with many asking digital artist Dalton Barrett to create an art piece featuring the actor in the role. With the request by fans pouring in, it seems the actor has created a piece that shows how Smallville‘s Green Arrow could look like as the next Caped Crusader. You can view the image below:

The actor seems to have the kind of jawline that would fit the cape and cowl perfectly. Not many actors can pull off the Dark Knight look, but it sure seems like Justin Hartley could be a perfect fit. The suit seems to be a mix of Ben Affleck’s costume and the one from the Rebirth comics. With no official news yet on who will replace Ben Affleck, fans can expect to see more pieces like this in the future.


What do you think of this artwork? Are there other actors you wish to see as the Dark Knight? Share your thoughts below!

Plot details for The Batman are currently under wraps, though the film will center around a younger Bruce Wayne and includes multiple villains. Matt Reeves also confirmed that it will not be directly based on Frank Miller’s Year One comic and will use of the Dark Knight’s detective skills to a greater extent than previous films.