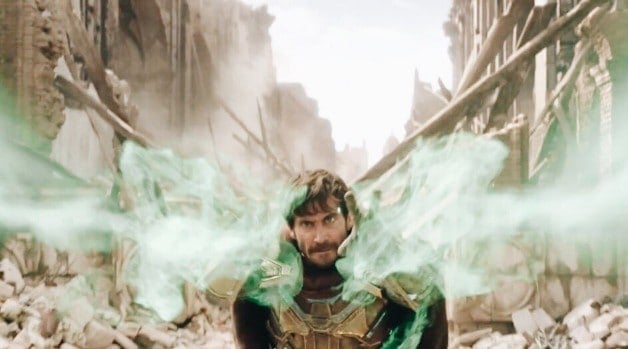 
New cup toppers for Spider-Man: Far From Home surfaced online featuring Tom Holland’s Spider-Man in both his Spider-Man suit made by Tony Stark, as well as his new Stealth suit, along with Samuel L. Jackson as Nick Fury and of course Jake Gyllenhaal’s Mysterio. The cup toppers feature both Spider-Man and Nick Fury in the costumes as they appear in the Marvel Cinematic Universe, however, fans will notice Jake Gyllenhaal’s Mysterio looks quite different as it appears much more comic book-accurate than what we’ve seen from the film so far.

You can check them out below!


So what do you think? Could Jake Gyllenhaal be getting a comic book-accurate Mysterio costume when we see him debut as the iconic Spider-Man villain this summer? Let us know in the comments below!

Plot details are still under wraps, however, the film will follow Peter Parker (Tom Holland) as he joins his friends on a summer vacation in Europe and stars Jake Gyllenhaal as Mysterio, which the actor confirmed in an Instagram post just yesterday. Introduced in The Amazing Spider-Man #13, best incarnation of Mysterio is a special effects wizard named Quentin Beck and the character has been a frequent foe for the web-head since his debut.

Spider-Man: Far From Home will be released in theaters on July 5, 2019. But first up is Captain Marvel starring Brie Larson which is set to release March 8, 2019, and will be followed but the highly anticipated Avengers 4 on May 3, 2019.


Here is the plot synopsis for Avengers: Endgame:

Stay tuned to Heroic Hollywood for the latest news on the future of the Marvel Cinematic Universe as we learn it.