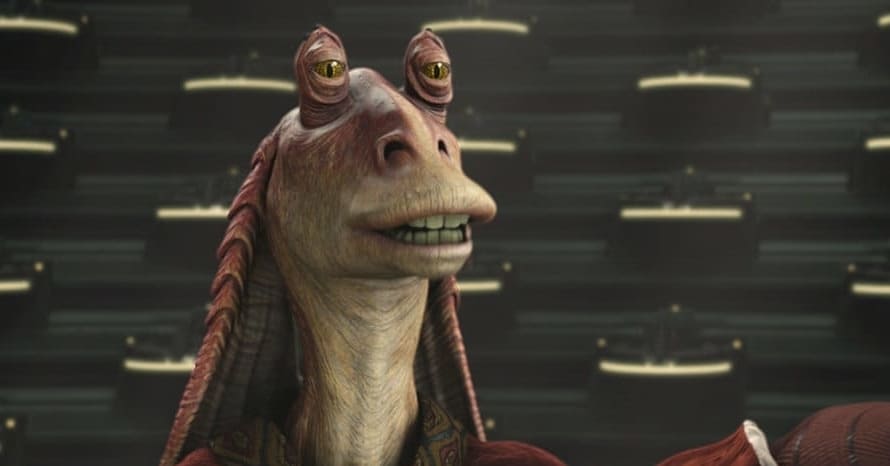 Ahmed Best, best know for his role as Jar Jar Binks in the Star Wars films has said that he is willing to return to the role.

Jar Jar Binks is perhaps the most controversial character in the Star Wars canon. First appearing in Star Wars: Episode I-The Phantom Menace, Jar Jar Binks was criticized for his personality and the overall sense that the character was made specifically made to appeal to children. Many would argue that the criticisms of the character went too far as actor Ahmed Best admitted that the ridicule of the role almost drove him to suicide. However, the actor is willing to reprise the role.

The character of Jar Jar Binks has yet to appear in any meaningful way since Disney took over the Star Wars property. The character appeared in one of the Star Wars: Aftermath novels but Disney seems unwilling to do anything else with the Gungan. At one point he was rumored to be appearing in the Obi-Wan Kenobi series but Ahmed Best stated that he knew nothing about it. However, the actor is still willing to reprise the role but it would depend entirely on the story that was being told:

I would return as #jarjarbinks but it really depends on the story. https://t.co/5sjTdsdV0X

What do you all make of this? Would you like to see Ahmed Best reprise the role of Jar Jar Binks for a future Star Wars project? Let us know what you think in the comments below!

Here is the official synopsis for latest film in the franchise, Star Wars: The Rise of Skywalker:

Lucasfilm and director J. J. Abrams join forces once again to take viewers on an epic journey to a galaxy far, far away with Star Wars: The Rise of Skywalker, the riveting conclusion of the seminal Skywalker saga, where new legends will be born and the final battle for freedom is yet to come.

Star Wars: The Rise of Skywalker is now available on Digital HD, 4K Ultra HD, Blu-Ray, and DVD. Stay tuned for all the latest news on Star Wars and be sure to subscribe to Heroic Hollywood’s YouTube channel for more great video content!