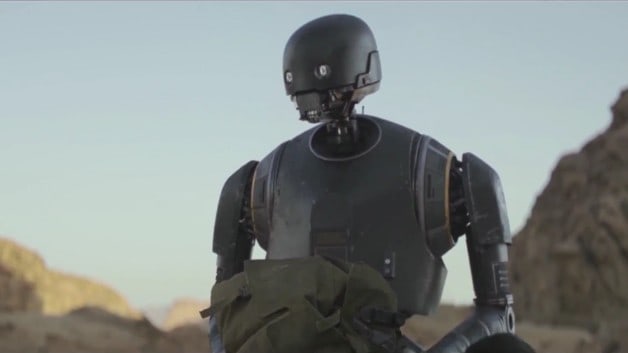 Alan Tudyk, who brought to life K-2SO in Rogue One: A Star Wars Story, has teased the character’s return in the upcoming Cassian Andor prequel series for the Disney Plus streaming service.


The upcoming Disney Plus Cassian Andor series for will be a prequel to Rogue One. The series will be focusing on Diego Luna’s character from Rogue One and the formative years of the rebellion. Since this is a prequel to Rogue One, this means there’s a chance of many favorite characters returning. In an interview with ComicBook.com, Alan Tudyk recently expressed his excitement about the project and even teased audiences about the return of the beloved droid, K-2SO. Tudyk also confirmed that he has heard talks about what to expect from the TV series. In this interview, he also mentioned a bit of backstory to the character.

The backstory was pretty limited. Knowing that he was in the Empire, he was sort of reborn when Cassian gave him his reprogramming. He was enslaved, in a way. He was more of a stoic character. He had to follow orders. Basically, he just scurried around. He did lots of security stuff. He had a big bunch of keys that hung off his belt.


Tudyk gave us a bit of good information on the droid’s backstory, giving audiences a sense of what to expect if the character is returns in the series. There is no confirmation about whether or not the character will be back yet. If he does return, fans can surely be excited with this bit of information. Does this get you excited for the future of the Star Wars franchise? Let us know what you think in the comments!