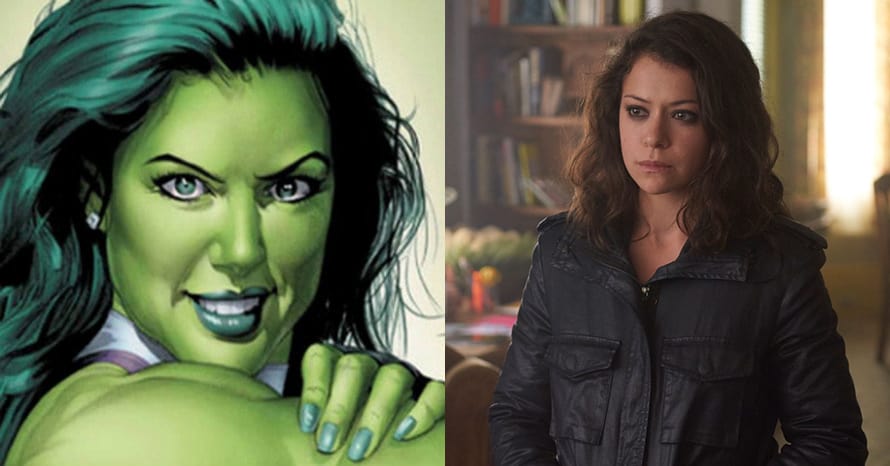 Tatiana Maslany shocked Marvel fans by stating that she hasn’t been cast as Jennifer Walters in the She-Hulk series for Disney Plus.

While Marvel and Orphan Black fans were ecstatic to learn that Tatiana Maslany was set to bring Jennifer Walters to life in the She-Hulk series on Disney Plus, the star has now come out saying that it “isn’t a real thing” and she won’t be playing the hero. Given that the news was originally reported by Deadline, endorsed by head-writer Jessica Gao on Twitter and Mark Ruffalo even welcomed her to the Marvel Cinematic Universe, it seems bizarre that Maslany is now denying even being part of the series.

Tatiana Maslany revealed the surprising development in interview with The Sudbury Star when she was discussing being a juror for the Glenn Gould Prize award. When the interviewer brought up She-Hulk, the actress immediately refuted the news and briefly explained that the situation got out of hand, implying she was connected to the project in some way. Maslany also didn’t offer any reason behind why the news broke. Fans on social media have debated whether the actress has exited the role over pay or even scheduling – but that’s pure speculation. Take a look at what Tatiana Maslany said about She-Hulk below.

“That actually isn’t a real thing and it’s like a press release that’s gotten out of hand. It’s totally not — I’ve been connected to these things in the past and press has gotten onto it, but it’s not actually a thing, unfortunately.”

What do you make of the situation? Has this all been a miscommunication or do you think there’s another reason why Tatiana Maslany seemingly won’t star in She-Hulk? Sound-off in the comments below!

Marvel Studios’ upcoming slate of films includes Black Widow, The Eternals, Shang-Chi and the Legend of the Ten Rings, Doctor Strange in the Multiverse of Madness, and Thor: Love and Thunder. In addition to the aforementioned feature films, Marvel Studios is developing several shows for Disney Plus, including The Falcon and the Winter Soldier, WandaVision, Loki, What If…?, Hawkeye, Ms. Marvel, Moon Knight, and She-Hulk.

She-Hulk is currently slated for a 2022 release on Disney Plus. Stay tuned for all the latest news on Tatiana Maslany and She-Hulk and be sure to subscribe to Heroic Hollywood’s YouTube channel for more original content!