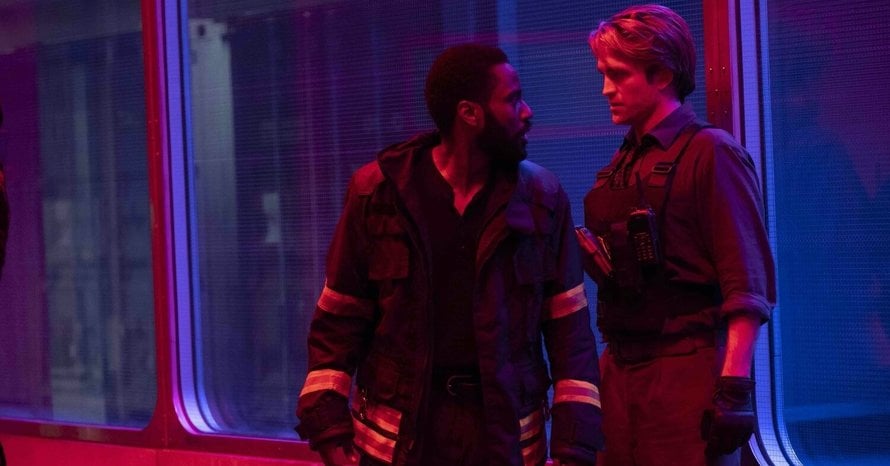 After the debut of a fresh trailer for Tenet, the new issue of Total Film reveals a better look at Robert Pattinson and John David Washington in the movie. While the new footage revealed a little more of what to expect from the film, it’s still relatively unclear what the pair will really be going up against in the science fiction epic. Total Film recently revealed the cover for their next issue on Twitter featuring the duo, as they’re ready for action.

Most fans are debating whether the film’s “Inversion“ is really time-travel or not, and it seems like Total Film will dive deeper into the plot. The cover shows Robert Pattinson in a sharp suit holding a pistol, while John David Washington is dressed more like a soldier. The next issue of the magazine boasts a 14-page special on Christopher Nolan’s Tenet, so it’ll be interesting to see what secrets are unveiled from the set of the film.

Christopher Nolan’s time-bending action epic @TENETFilm is on the cover of Total Film’s new issue! Read our world-exclusive on-set report in the new issue, on sale Friday, 29 May. Here’s your first look at the newsstand cover #Tenet pic.twitter.com/t3SgU5g7fR

Are you excited to see what John David Washington and Robert Pattinson are going up against in Christopher Nolan’s Tenet? Sound-off in the comments below!

Here’s the official synopsis for the film:

“John David Washington is the new Protagonist in Christopher Nolan’s original sci-fi action spectacle “Tenet.” Armed with only one word—Tenet—and fighting for the survival of the entire world, the Protagonist journeys through a twilight world of international espionage on a mission that will unfold in something beyond real time. Not time travel. Inversion.”

Tenet will be released in theaters. Stay tuned to Heroic Hollywood for all the latest news surrounding Christopher Nolan’s upcoming film and subscribe to our YouTube channel for more video content in the future!